By Modupe Gbadeyanka on November 8, 2017

President Muhammadu Buhari on Tuesday presented the 2018 Appropriation Bill to the National Assembly.

During his presentation to a joint session of the parliament, the President said he plans to spend N8.61 trillion to run the country next year.

The 2018 budget presented to the lawmakers is a 16 percent increase from his spending for this year, N7.44 trillion.

Mr Buhari, who tagged the 2018 budget as a Budget of Consolidation, said the appropriation bill “will consolidate on the achievements of previous budgets and deliver on Nigeria’s Economic Recovery and Growth Plan (ERGP) 2018 – 2020.”

He said major infrastructural projects would be carried out during the year, while more attention would be given to other sectors of the economy apart from oil, including agriculture.

“The International Monetary Fund (IMF) is anticipating global GDP growth of 3.7 percent in 2018. Emerging markets and developing economies are expected to lead with GDP growth of 4.9 percent, while advanced economies are projected to grow at a slower rate of 2 percent.”

According to him, the 2018 budget has an oil price benchmark of $45 per barrel; oil production estimate of 2.3 million barrels per day, including condensates; exchange rate of N305/$ for 2018; Real GDP growth of 3.5 percent; and inflation rate of 12.4 percent.

Mr Buhari said, “Based on the above fiscal assumptions and parameters, total federally-collectible revenue is estimated at 11.983 trillion Naira in 2018. Thus, the three tiers of Government shall receive about 12 percent more revenues in 2018 than the 2017 estimate. Of the amount, the sum of N6.387 trillion is expected to be realised from oil and gas sources. Total receipts from the non-oil sector are projected at N5.597 trillion.

“The Federal Government’s estimated total revenue is N6.607 trillion in 2018, which is about 30 percent more than the 2017 target.

“As we pursue our goal of revenue diversification, non-oil revenues will become a larger share of total revenues. In 2018, we project oil revenues of N2.442 trillion, and non-oil as well as other revenues of N4.165 trillion.

President Buhari, in his speech, appealed to the National Assembly to “swiftly consider and pass the 2018 Appropriation Bill.” 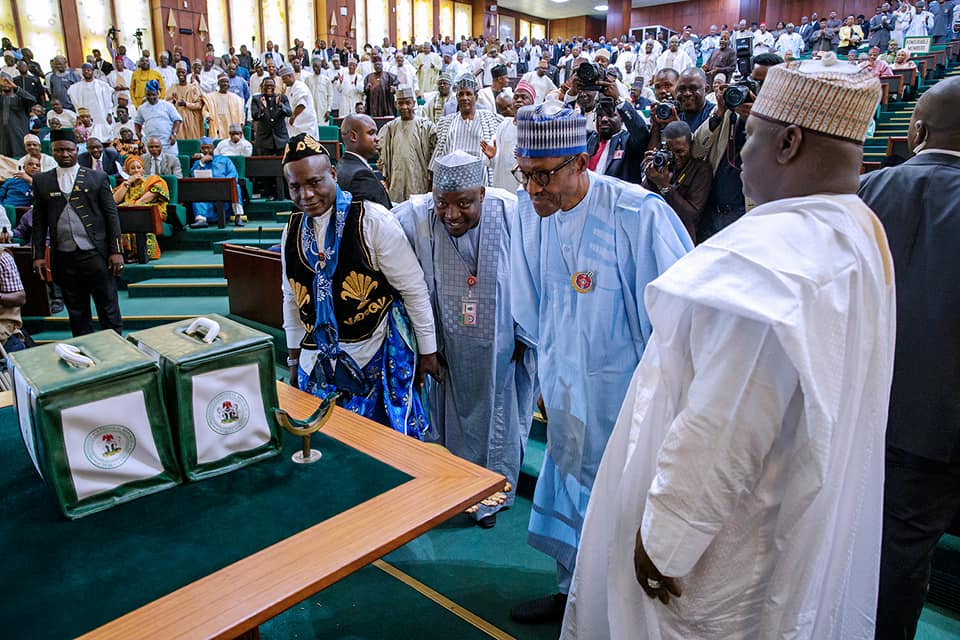 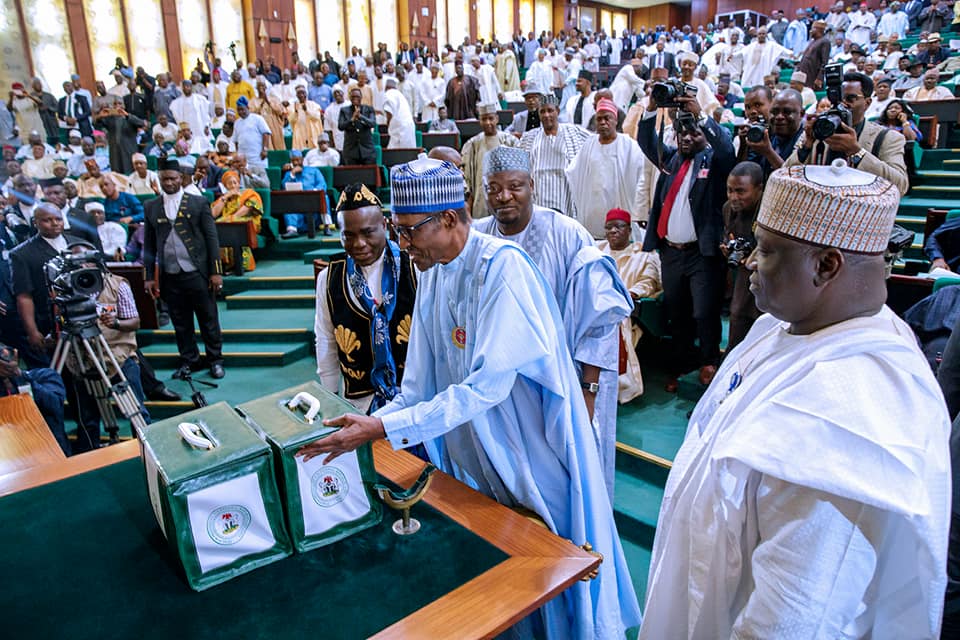 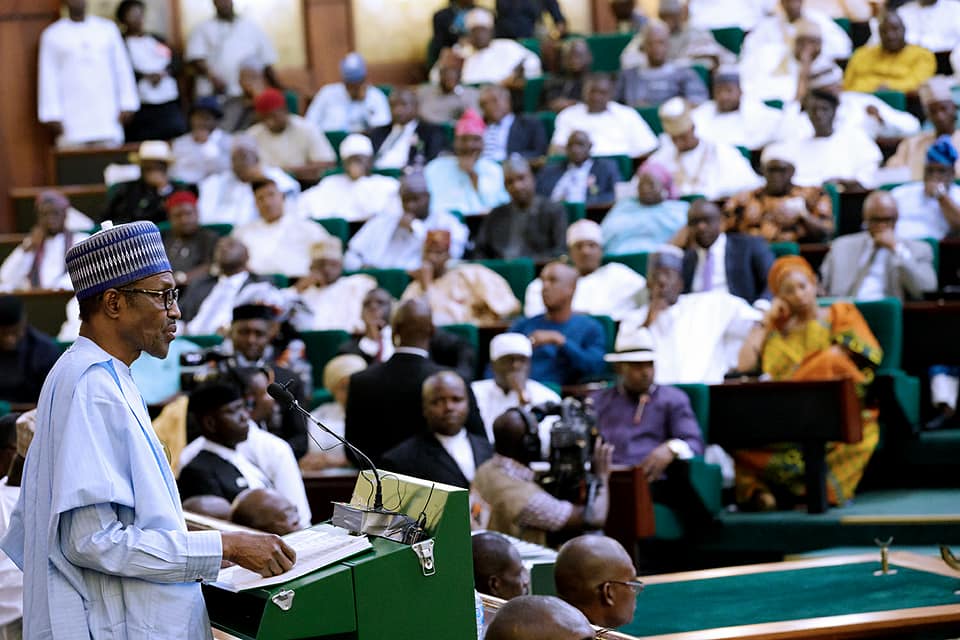