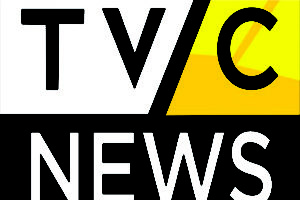 The lay off a record 145 staff members by TVC reminds me of a similar narrative by another TV station, AIT with its moribound Daarsat platform. Daarsat is no more and AIT still struggles to pay salaries till date with some of its workforce having 24 months’ salary areas.

So the station’s trajectory went from zero to 100 in a whiff i.e from a terrestrial to a digital satellite service that sells its own decoder to subscribers.

To my mind, that was a rushed and unprepared flight against an organic growth system or business model.

Usually when this kind of expansion happens, you are talking of investment worth billions of naira in cutting edge equipments and human resource (local and foreign).

One report said TVC had a huge wage bill of N200million, I doubt that sum but I am sure it is probably not less than N100 million.

In other words, this system was a ticking time bomb bound for an implosion. 145 staff members have been sacked some of them are breadwinners.

Does the organization’s revenue take care of running cost and wage? Is it consistently exploring ways to increase its own streams of income?

You want to question the kind of feasibility study and financial projection that informed such an expansion putting into consideration that the market leader was inimitable South African cable channel, DSTV. Of course, the company had a war chest from its influential owner but how long can that sustain the organization?

Two key viable opportunity platforms that I think TVC is not fully leveraging: firstly, digital media and content monetization and secondly, events organization/ partnerships (e.g awards). Now these opportunities will do better with young and vibrant professionals as its main drivers.

I will cross-reference with Channels TV. As you read this, Channels has over 1 million followers on twitter (the highest in Nigeria by any local media house) with most of all its staff with verified official handles. They have almost 300k subscribers to their YouTube channel which has a live stream as well as several viral contents. You will recall viral epic slip by NSDC official, an episode which is now famously known as My Oga At The Top. Channels TV’s app is also available on all phone devices like IOS and Android etc.

All these translate to a veritable digital revenue stream (this is a topic on its own). Suffice it to say that the station has and arguably the best digital media team in any media establishment.

For instance, the BBC some few years ago considered massive lay-off and pay-cut as a way out of its economic downturn. This was averted when the station restructured its digital media platforms in line with latest technology trends. The result was amazing.

As per events and partnerships, I will draw inspiration from The Sun Newspaper. At a point when the fortune of the company was shaking, it *rejigged its yearly award event known as The Sun Man Of The Year Awards. I reliably gathered that in a particular year, the fortunes of the company changed and it met its revenue target in the first four months of the year. Same year, the organization declared a pay-rise and rewarded its long serving staff members.

In conclusion, its immense goodwill and multiple leverage opportunities presents media businesses with inherent sustainability provided it has a vibrant human resource capacity devoid of nepotism and sentiments.