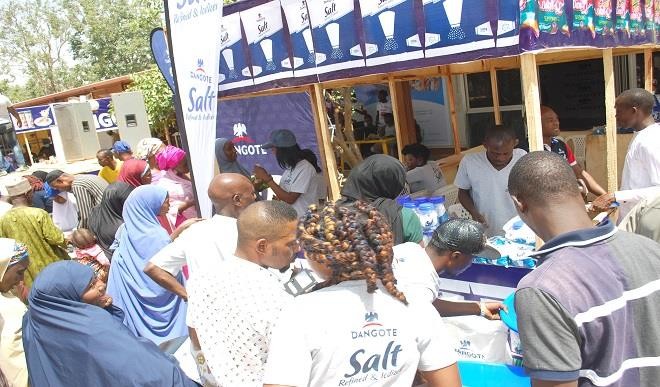 Over the next three years, President of Dangote Group, Mr Aliko Dangote, said his company will invest $450 million in agriculture in Niger State.

Speaking on Monday at the 2017 Niger State Investment Summit in Minna, Mr Dangote said he will consider rice production in the state.

According to him, a large rice processing mill with the capacity to process over 200,000 metric tonnes of paddy rice would be established in Niger State.

In addition, he will establish a state-of-the-art fully integrated sugar refining industry from the amount.

“The Dangote Group is committed to invest around $450 million over the three next years to establish a large scale rice processing mill for out growers.

“Our company is also establishing a state of the art fully integrated sugar industry involving the development of over 30,000 hectares of sugar cane plantation and the production of about 500,000 metric tonnes of refined sugar.

“We are very excited about these investments and look forward to kick-starting this mutually beneficial partnership with the government and good people of Niger State,” Mr Dangote, who was represented by Mr Mansur Ahmed, disclosed.

The summit, which started on Monday and declared open by the Acting President, Mr Yemi Osinbajo, will end today.

It is themed ‘Impact Investing for Advancing Agricultural Economy and Innovation.’

Speaking further, Mr Dangote said he decided to invest in the state because of its rich and vast arable land.