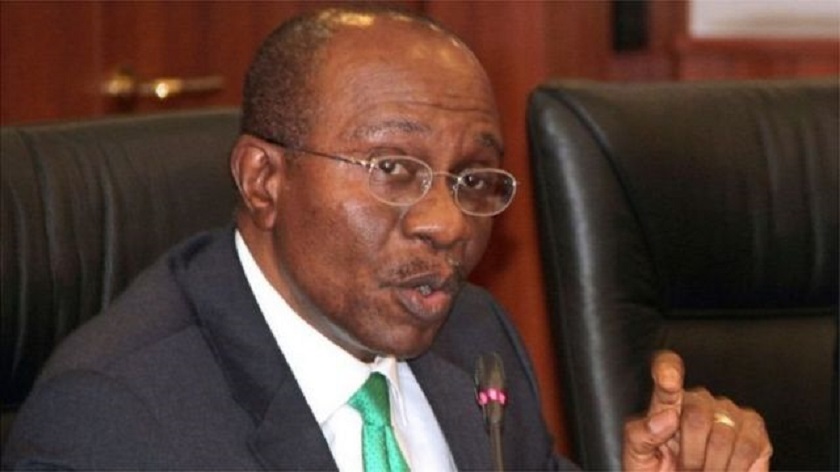 An attempt by the Department of State Services (DSS) to arrest and detain the Governor of the Central Bank of Nigeria (CBN), Mr Godwin Emefiele, has been prevented by a federal high court sitting in Abuja.

The secret police had filed a motion ex parte before Justice JT Tsoho, but according to TheCable, this prayer was not granted because of a lack of evidence.

On Monday, a group known as the Coalition of National Interest Defenders led by Mr Tochukwu Ohazuruike claimed that the DSS was plotting Mr Emefiele’s arrest and keep him for at least 60 days because of his attempt to limit cash withdrawals and frustrate attempts by politicians to prevent a free and fair election next year.

At a protest in Abuja yesterday, he said, “Fellow Nigerians, we have firmly in our custody genuine hard-core evidence of a plot by the State Security Service (SSS) to frame the Governor of the CBN, Mr Godwin Emefiele, for terrorism financing.

“They plot to keep him up and keep him away for at least 60 days in solitary conferment, which will pave the way for the forceful removal of the CBN Governor from office and destabilise the President Muhammadu Buhari/CBN economic stability and reform efforts, especially the new currency design and cashless withdrawal limits policy, which in the immediate will help President Buhari achieve his promise for credible election in 2023.”

In a report by TheCable, it was stated that Justice Tsoho threw out the motion filed by the DSS because the agency could not provide any concrete evidence to substantiate its claims that Emefiele was involved in terrorism financing and economic crimes.

It was further said that the application should have been accompanied by presidential approval because of the grave implications for the Nigerian economy if the CBN governor is arrested and detained.

“The honourable judge also wondered why the name of the respondent was given simply as ‘Godwin Emefiele’ without a material disclosure that he is the same person as the CBN governor, a high-ranking public official who occupies an extremely sensitive position,” the platform quoted a source as saying.

But reacting to the protest by the coalition yesterday, the DSS, through its spokesman, Mr Peter Afunaya, expressed anger over the situation, emphasising that it would not succumb to propaganda, intimidation and the desperation of hirelings to undermine its operations.

The DSS, in a statement, said it would continue to remain focused and disseminate actionable intelligence to the relevant authorities devoid of any sentiment.

“The Department of State Services (DSS) wishes to clarify that one of its roles is the investigation of matters of national security dimension. It has always discharged this responsibility in the overall interest of Nigerian citizens. As such, the Service will continue to disseminate actionable intelligence to the relevant authorities devoid of any sentiment.

“While professionally discharging its mandate, the DSS pledges to remain focused and unbiased. It will not, by any means, succumb to propaganda, intimidation and the desperation of hirelings to undermine it.

“It will also not give room to the use of falsehood and deceit to misdirect public understanding and perceptions of issues of national importance.

“Given not to joining issues, the Service warns those on a wild goose chase to be mindful of their actions.

“Similarly, it urges members of the public to disregard the vituperations and rantings of misguided elements and not allow themselves to be used as instruments of destabilisation.

“Notably, these elements should remember the famous axiom that you will only deceive some people, some of the time, but not all people, all the time.

“To put it succinctly, the Service will not be distracted by persons and/or groups from carrying out its duties to the nation, citizens, President and Commander-in-Chief.

“Citizens are, therefore, urged to avoid being used to thwart or undermine the Service and its lawful investigations as those who wish to act in the breach will be dealt with in accordance with the law,” the agency said in the statement.