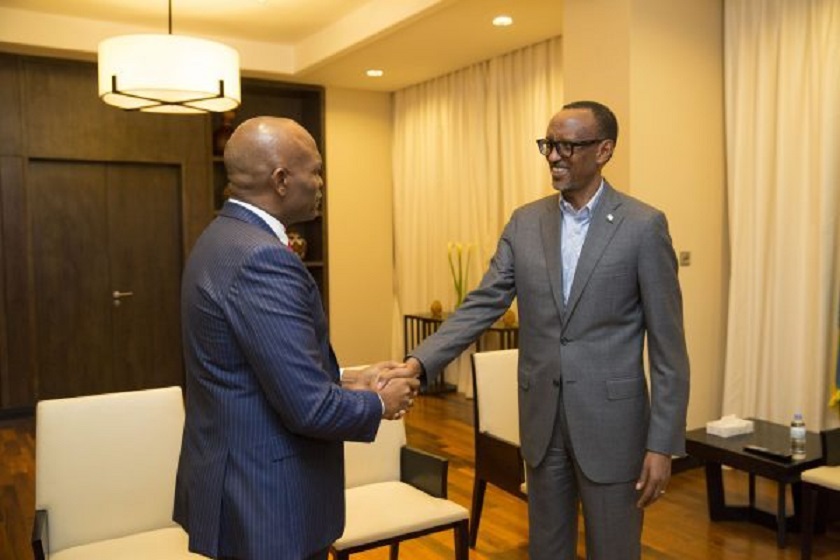 Stakeholders in the private sector have been urged to do everything possible to support young entrepreneurs in Africa.

This call was made by the Group Chairman, United Bank for Africa (UBA) Plc and one of Africa’s top businessmen, Mr Tony Elumelu.

Speaking during Richard Quest’s programme on CNN aired on the sidelines of the ongoing World Economic Forum (WEF) in Davos, Switzerland on Thursday, the serial entrepreneur said the time has come for priority to be given to the young ones, who he said “are the future of this great continent.”

Mr Elumelu presently runs a programme by his Tony Elumelu Foundation (TEF), which gives $5,000 grants to young entrepreneurs in Africa.

During the interview, the former banker said Africa’s economic transformation and stimulation should be the focus of all governments and global institutions. This, he says, is paramount if the continent is to take its rightful position as a strong regional player in the international community, owing to its numerous investment opportunities.

According to him, time has come for governments on the continent to put things in place to ensure that the continent which has great potential, lives up to it; adding that already, there are signals of the greatness all around.

“The time has come for us to prioritise our young ones, who are the future of this great continent. These are the men and women who are energetic in Africa and who can perform wonders if the enabling environment is there.

“We need to get it right with infrastructure in Africa and with the macro-economic policies and environment. And the good thing is that things are gradually falling in place. I think Africa promises good investment opportunities, the problem has always been creating the right environment for it, and this should be our major focus,” he said.

He added that in Zimbabwe, for instance, there have been recent concerted efforts by the government and the people to change the narrative, adding that “I am optimistic about what is happening in Africa right now, because our leaders are getting it right and in fact what has happened in Zimbabwe is also an indicator of great things to come.

“The fact that they on their own decided to sort things out the way they did, is a new kind of democracy that the world needs to learn from.

“There is so much private global capital looking for the right destination, they can go to Zimbabwe as in other African nations, once the right environment is put in place.”

While pointing out that the blame game which previously obtained in the continent should be done away with, Mr Elumelu called for increasing support from the private sector as well as key stakeholders to make Africa and African self-sufficient.

Throwing more light on this, he said; “We can’t keep talking about missed opportunities. What I keep saying to people is to put an end to the blame game. Let’s begin to fix what needs fixing and get things right. Our government should get it right, the private sector should come forward and we need to support the young African entrepreneurs; create economic hope and opportunities for them.

“We need to think of how to engage Africa in the 21st century because it is no longer about giving grants and aid to Africa, it is more about engaging them in a way that creates self-sufficiency; independence; and reduces the perpetual syndrome of dependence.

Continuing, he said, “There is promise; it is getting better because the way this year has started in Nigeria for instance, we have seen market indicators showing good promise, so we are optimistic that it will be better year. The key is to prioritise things that are important to us to help the continent to grow.”