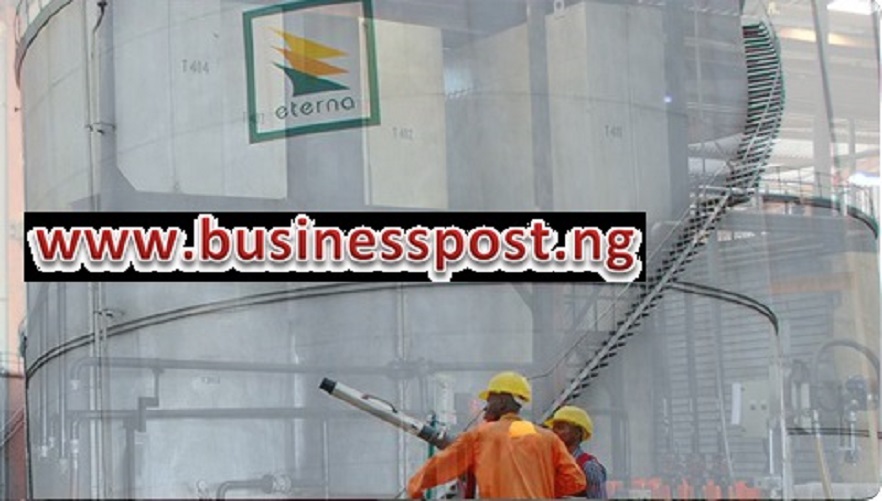 A Nigerian oil company, Eterna Plc, recorded a weekly price appreciation of 34.99 per cent or N1.27 on the Nigerian Stock Exchange (NSE) to close last week at N4.90 per unit compared with N3.63 it ended the previous week.

According to data from the exchange, the market recorded 34 other price gainers, lower than 53 price risers of the preceding week.

However, in the five-day trading week, 23 equities depreciated in price, higher than 14 equities in the previous week and the leader of the chart was eTranzact, which went down by 26.38 per cent to close at N1.73 per share.

The financial services industry was the most active with 1.7 billion units worth N18.8 billion in 13,050 deals, accounting for 84.29 per cent and 81.92 per cent to the total trading volume and value respectively.

Business Post reports that the top three most traded equities were UBA, GTBank and Zenith Bank, trading 885.5 million stocks worth N15.9 billion in 6,308 deals, accounting for 45.30 per cent and 69.11 per cent to the total equity turnover volume and value respectively.

During the week, All-Share Index (ASI) and market capitalisation both appreciated by 0.86 per cent to close the week at 28,659.45 points and N14.980 trillion respectively.

All other indices finished higher with the exception of the insurance sector, which depreciated by 0.68 per cent while the ASeM index closed flat.