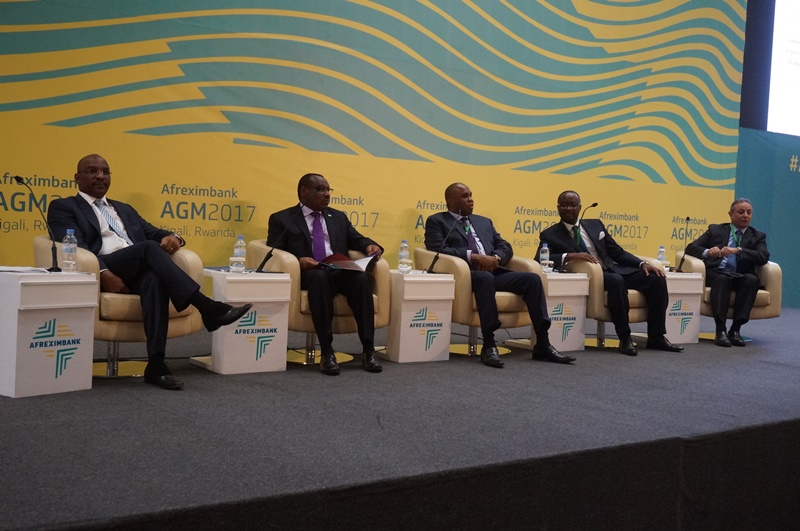 Speakers at the 24th Annual General Meeting (AGM) of the African Export-Import Bank (Afreximbank) have stressed the importance of regional integration to develop the continent’s economy.

The 24th AGM of the lender opened on Wednesday in Kigali, Rwanda, and over 100 speakers, including academics, African and global trade development experts are scheduled to speak during the four days of the event with a focus on unlocking Africa’s trade potential.

Rwanda’s Minister of Finance and Economic Planning, Mr Claver Gatete, emphasised the need to create regional value chains which have the potential to generate enormous benefits for African economies.

In his opening address during the seminars of the Afreximbank Advisory Group on Trade Finance and Export Development in Africa, the Minister said, “The creation of regional value chains in Africa along several product lines could ease the integration of African economies into global value chains.”

“In this context, ongoing efforts to deepen regional economic blocks within Africa offers tremendous opportunities to draw on economies of scale to transcend the natural and environmental constraints imposed by geography,” he continued.

Mr Gatete remarked that although African trade had witnessed remarkable growth, especially over the last two decades, rising from $210 billion in 1996 to $1.2 trillion in 2015, its share of global trade had barely changed, remaining at about 15 percent, compared to 67 percent in Europe, 53 percent in Developing Asia and about 37 percent in America.

He commended Afreximbank’s support to Rwanda’s economic transformation, noting that the Bank had provided direct financing amounting to $155 million in support of development projects in Rwanda.

Also speaking, Mr Denys Denya, Afreximbank’s Executive Vice President in charge of Finance, Administration and Banking Services, said that the resounding success achieved by some countries in Asia, in particular China and Korea, and the critical role played by intra-regional trade in their development, presented Africa with valuable lessons for positioning intra-African trade as a key pillar for economic growth, and sustainable development.

Noting the challenge posed to Africa by small size of economies and market fragmentation; to Mr Denya argued that connecting the host of small and disconnected markets through deepening of intra-African trade and economic integration would create an environment where firms gained access to hitherto non-existent larger markets.

He said that Africa’s progress toward economic development and structural transformation had been hindered by over-reliance on export of natural resources and primary commodities and a deficit of export diversification which limited the ability of countries to effectively develop regional value chains to enhance their integration into global value chains.

In a presentation, Dr Hippolyte Fofack, Afreximbank’s Chief Economist, said that the Bank’s, Fifth Strategic Plan, known as “Impact 2021: Africa Transformed”, had been designed to address the challenges facing African countries on their path to development.

Its first two pillars, Promoting Intra-African Trade, and Industrialisation and Export Development, would support the economic diversification and trade openness, which had been identified as the key to attaining and sustaining growth, he said.