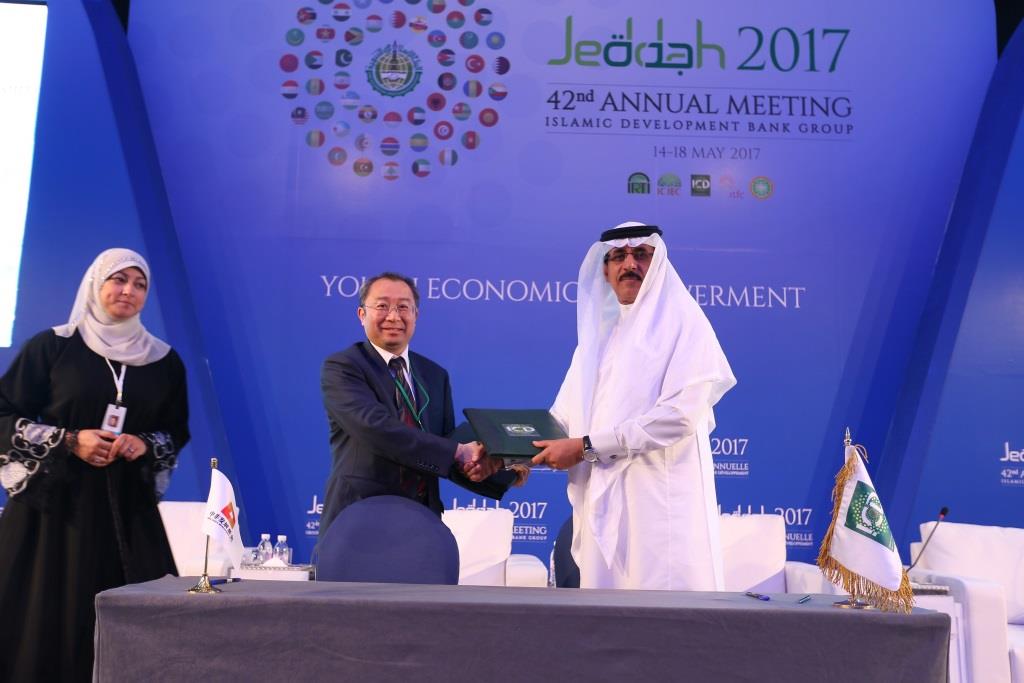 As part of its efforts in boosting infrastructure investment and growth in Africa, the Islamic Corporation for the Development of the Private Sector (ICD) has entered into an agreement with the China-Africa Development Fund (CADFund).

This was done at the side lines of the landmark IsDB 42nd Annual Meeting in Jeddah.

CADFund is a Beijing-based private equity firm and subsidiary of the China Development Bank which focuses on Africa.

The envisaged cooperation reflects ICD and CADFund’s goal of developing and establishing a strategic framework that focuses on improving the efficiency and efficacy of resource mobilization with third-party investors interested in participating and investing in the African Islamic Infrastructure Financing Fund (AIIFF).

In addition, CADFund plans to work with ICD in the establishment of the AIIFF and/or with the AIIFF (following its incorporation) on promoting and financing infrastructure development projects in Africa.

Speaking on the occasion, Mr Khaled Al Aboodi expressed his strong support for the partnership, stating: “ICD and CADfund share the vision of promoting foreign direct investment, trade, and inclusive economic growth on a continent which is full of potential. By joining forces, we can better combine our expertise and commitment to achieve greater economic prosperity for the benefit of all.

“Additionally, ICD’s commitment to accelerate infrastructure development in Africa and specifically sub-Saharan Africa will bring the at least the basic level of energy, transportation, medical and educational needs of citizens of African member countries.”

Mr Shi Jiyang said, “It certainly comes as no news that Africa’s rating on the global infrastructure development index is significantly behind.

“By driving investments targeting infrastructure development projects in Africa, we will not only improve infrastructure and address the huge chasm, but we will also be contributing to economic growth thus further transforming the region. We look forward to a long-term partnership with the ICD.”

Related Topics:Infrastructure Investment
Up Next

African Oil Stakeholders to Gather in London May 24