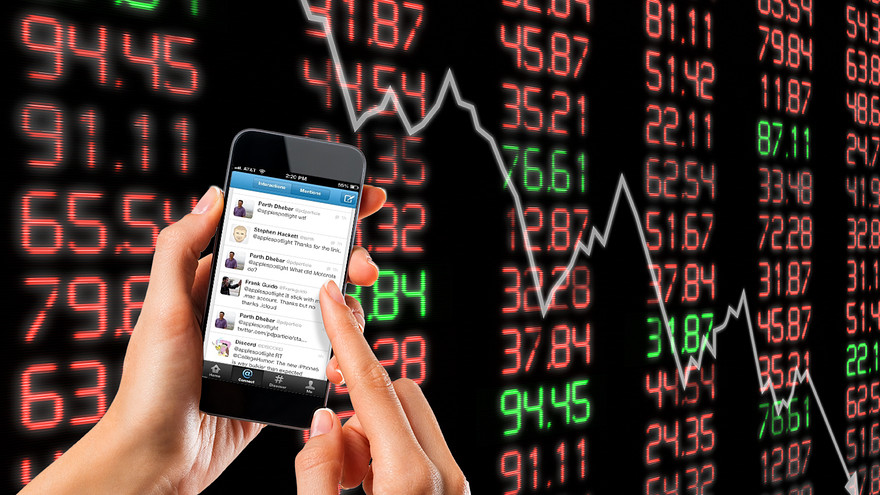 The stock market in Nigeria reacted negatively to the shooting of peaceful protesters at the Lekki area of Lagos State on Tuesday night by the Nigerian Army.

For about two weeks, some youths in the country have staged protests across the country, calling for police reform and an end to bad governance.

Efforts to get them off the streets were futile and yesterday, some men of the Nigerian forces opened fire on demonstrators at the Lekki Toll Plaza, who had remained peaceful since the protest began.

On Wednesday, at the Nigerian Stock Exchange (NSE), investors, who were keeping a tab on happenings in the country, especially in Lagos, where the bourse is headquartered, embarked on a selloff.

Despite the 24-hour curfew imposed on the state by Governor Babajide Sanwo-Olu, some hoodlums went on a rampage this morning, destroying some government and private properties, including the City Mall, bus stations, the Oba of Lagos palace, Television Continental (TVC) head office, the family house of Governor Sanwo-Olu and others.

The events led to the panic button pressed by market participants at the exchange, who reduced the stocks in the portfolio for cash and watch things from the sidelines.

UBA was the most traded stock at the midweek session, trading 40.3 million units worth N272.2 million and was trailed by Zenith Bank, which transacted 39.6 million units valued at N800.9 million.

On the price movement chart, MTN Nigeria ended the session as the worst-performing stock, losing N2 to finish at N138 per unit, while Guinness Nigeria lost N1 to close at N16 per share.

Business Post reports that the market recorded four price gainers today and they were led by Nigerian Breweries, which appreciated by 50 kobo to trade at N52 per unit.

Portland Paints gained 5 kobo to settle at N2.05 per unit, Wapic Insurance appreciated by 4 kobo to quote at 44 kobo per unit, while UAC Property grew by one kobo to close at 82 kobo per share.

A look at the sectorial performance showed that apart from the insurance sector, which gained 0.57 per cent, every other sector closed in the red territory.

The banking index depreciated by 1.70 per cent, the industrial goods counter lost 0.34 per cent, the energy index declined by 0.30 per cent, while the consumer goods space lost 0.13 per cent. 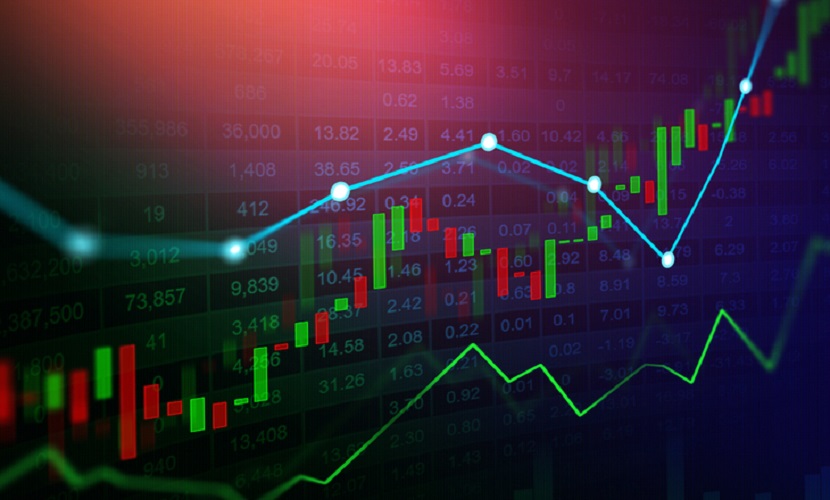 In one week, the total value of transactions recorded at the Investors and Exporters (I&E) window of the foreign exchange (forex) market in Nigeria rose to $1.1 billion.

Data obtained by Business Post from the FMDQ Securities Exchange showed that the weekly forex turnover at the I&E was 18.73 per cent or $183.56 million higher than the $980.1 million recorded a week earlier.

The FMDQ exchange, which tracks trades on the Nigerian Autonomous Foreign Exchange Rate Fixing (NAFEX) platform, revealed that the significant spike in the value of the transactions was due to the high FX demand last Friday, a day after the Naira depreciated against the United States Dollar to an all-time low of N422.07/$1, triggering panic at the FX window.

At the first trading session of last week, the turnover was $184.3 million and the next day, it dropped to $153.4 million before skyrocketing to $306.8 million on Wednesday and the next day, the turnover went down to $141.9 million before jumping to $337.3 million due to decision of investors to quickly pull out their funds as a result of comments by Vice President Yemi Osinbajo interpreted to mean he was in full support of the devaluation of the local currency so as to allow it get its true market value.

The weakening of the local currency at the FX market window must have been caused by the rise in the demand for forex experienced at the mid-week and the last trading session as well as the shortage supply of forex to traders to meet the demands of their customers. 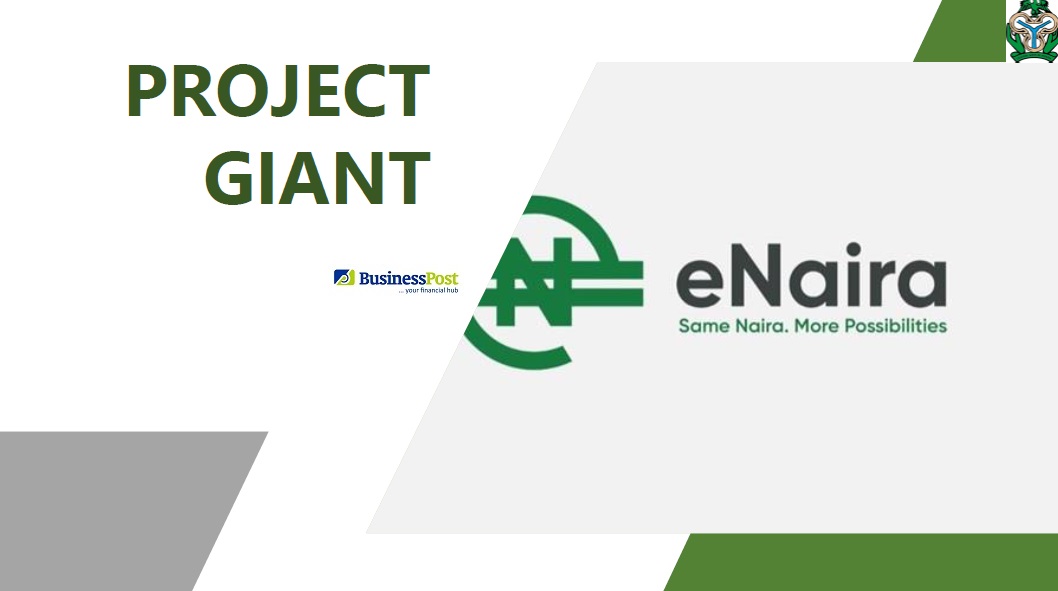 The Central Bank of Nigeria (CBN) has announced that the yet-to-be-launched eNaira will have a new add-on that will enable users to complete transactions with mobile phones without Internet capability.

The apex bank, in a document titled Design paper for the eNaira, disclosed that maximising the value and use cases of the nation’s digital currency would depend largely on devices with Internet capabilities.

A few months ago, the CBN said it would launch eNaira on October 1, 2021, but it later suspended this without giving a new date for the unveiling.

The eNaira is to be introduced into the country under the Central Bank Digital Currency (CBDC), an electronic record or digital token of the local currency and is to be issued and regulated by the monetary authority.

Given the reason, the CBN noted that, “The eNaira thus risks further alienating sections of the population who are uneducated, lack exposure and access to internet services or digital devices.”

The apex bank is adding the new feature to the eNaira following a recent publication that estimated that 35 per cent or about 37.1 million of the nation’s adult population was illiterate.

To face the risk of losing adoption of the digital currency to this segment of the population, the CBN added that the bank has factored in the need for inclusiveness as part of the core design principle of the eNaira.

According to the central bank, this principle has enabled the bank to focus on simplicity and ease on the use of the e-Naira, to ensure that Nigerians without Internet-enabled phones can access the digital service.

GSMA, a global industry organisation that represents the interests of mobile network operators, had said in a recent report that 19 per cent of people living in Nigeria do not have access to mobile broadband coverage.

In its design paper, the central bank, in a bid to ensure inclusive access while also ensuring the integrity of the financial system, has chosen the account-based CBDC model for the eNaira.

The CBN said, “The account-based CBDC model at its core mirrors the progress made on the National Financial Inclusion Strategy which enables access to financial services by leveraging last-mile networks to identify users and to provide banking services through channels such as PoS and USSD.

“With the account-based model, the CBN seeks to enable access by leveraging the existing identity infrastructure in Nigeria such as the BVN, NIN, TIN, etc., to uniquely identify individuals and corporate entities.

“Specifically, identity frameworks such as the NIN will enable access for the financially excluded as they can be uniquely identified, thereby enabling the provision of financial services. These identity systems will help ensure a robust KYC framework positioned to enable access for all Nigerians.”

The CBN also added that this would help improve cross-border payments and address issues of dollarisation of the economy, as it could be recalled that Visa, a payments company, recently noted that the ease of operating CBDCs would determine the success of digital currencies. 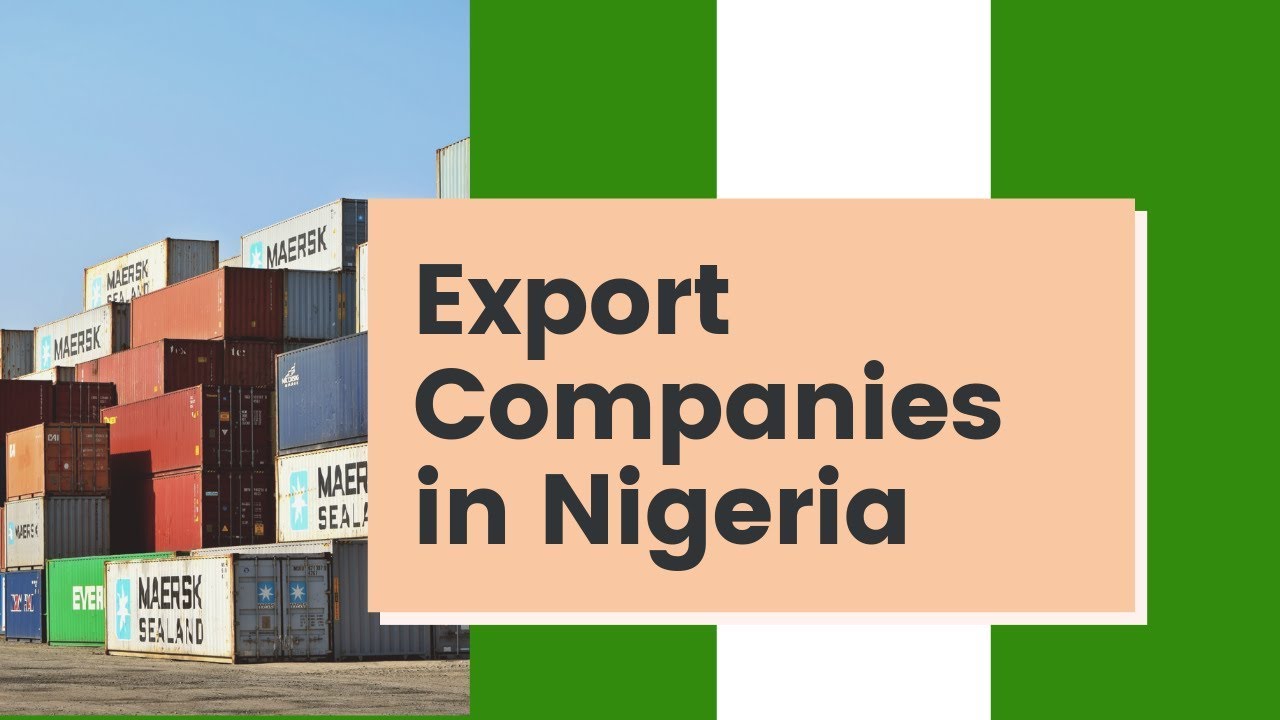 The Nigerian Export Promotion Council (NEPC) has revealed that many Nigerian exporters, including women entrepreneurs, fail in the international market as a result of poor training and exposure to the business.

According to the federal agency, it is necessary for anyone who wants to venture and succeed in the business to undergo adequate training in order to grasp the scope of the competitive venture.

The Executive Director/CEO of the NEPC, Mr Olusegun Awolowo, disclosed this at a capacity building workshop organized for women-owned businesses in the non-oil export value chain in Akure, Ondo State on Friday, October 15

Speaking at the event, which was organised by the Export Development and Incentive Department of the NEPC, Mr Awolowo said that, “Lack of export market training is one of the major reasons Nigerian exporters fail in the international market.

“Exporters need to learn the specific requirements of the target markets as well as the certification needed for the product to be exported.”

Represented by the Head/Trade Promotion Advisor at NEPC Akure, Mr Macpherson Fred-Ileogben, the agency’s head noted that it was for this reason that the council decided to organise the workshop.

The training featured coaching and networking sessions to give women entrepreneurs the opportunity to improve their knowledge of competitiveness in the export market.

He cited that the involvement of women in trade will not only promote gender equality but also increase the growth potential of the nation.

As a result of the gradual recovery from the global pandemic, players in the non-oil exporting business into the international market have been tasked to think outside the box to ensure continuity.

To realize this, it would be recalled that the agency also organized a sensitisation workshop in Lagos in September 2021 which was themed Earn Dollars by Selling on Amazon to help stakeholders see the opportunities in leveraging e-commerce.