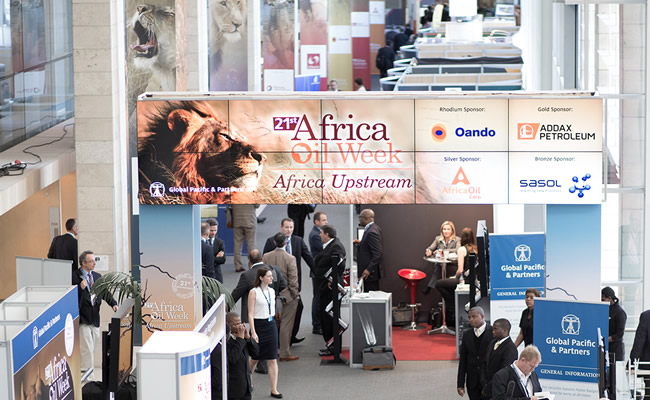 With 88 upcoming oil and gas fields to receive more than $180 billion by 2025, having such strong government representation of nine Ministers attending to deliver bidding rounds and investment opportunities reinforces the unique value of Africa Oil Week as the annual transaction platform for Africa.

Over the course of the week, leading nations will take meetings and present proprietary information regarding up-and-coming projects exclusively at Africa Oil Week.

From shallow water licencing in Congo Brazzaville, to billion-dollar tenders in critical infrastructure, there is a growing anticipation from the global petroleum companies that Africa Oil Week 2018 is the most compelling opportunity to originate and win licences, farm down partnerships and finance within the African Oil and Gas sector.

With over 26 percent of the investment being given to Nigeria, it is noteworthy that Mr Kachikwu is attending Africa Oil Week to showcase and promote the most significant transformation projects in Nigeria.

“Attracting inward investment for upstream activities and field development is critical if Africa is to realise its full energy potential,” added Paul Sinclair, Conference Director for Africa Oil Week. It is in this context that Africa Oil Week will deliver a transactional based event that will see multi-billion-dollar deals agreed to which will advance national objectives across the continent.

“We are truly honoured by the attendance of so many Government Ministers. In my view, this demonstrates that Africa Oil Week is the premier meeting point for the African Oil and Gas sector. It not only gathers the most senior community of Ministers and National Oil Companies, it remains the only true world class deal making event for the global private sector.

“The importance that global partnerships are now playing in developing Africa’s energy resources only underlines the need for Africa Oil Week.

“With 54 highly competitive countries looking to develop their vast resources we are delighted to be hosting 17 National Oil Companies who will also be undertaking their role to promote their petroleum sector within road shows and bidding rounds.

“The role of Africa Oil Week as a catalyst for deal making sets itself apart from talk shops, we are expecting unprecedented levels of investment and finance to be deployed into the African upstream as a result of the 2018 Africa Oil Week,” said Paul Sinclair, Conference Director, Africa Oil Week.

The event provides a platform for African nations and those operators to present deals, farm in opportunities, data rooms and basin insights in some of the most compelling basins across the continent. Attendees value the opportunity to get face time with Ministers, CEOs, Banks and operators at what is still regarded as the must attend event for the Africa hydrocarbon sector.

Related Topics:Africa Oil Week
Up Next