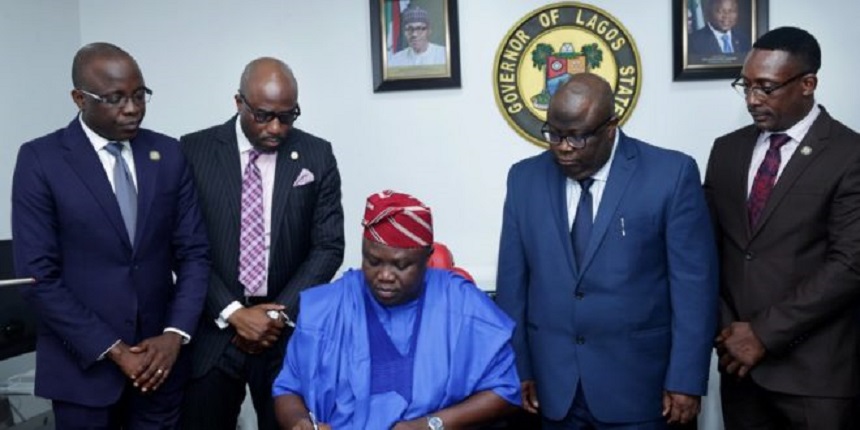 Members of the Lagos State House of Assembly have denied reports that they have caused the delay in the presentation of 2019 Budget by Governor Akinwunmi Ambode.

Some days ago, the state government, through the Commissioner for Budget and Economic Planning, Mr Olusegun Banjo, said though the budget was already before the state parliament, the Governor had intended to present it to the house on December 24, 2018.

According to him, the Governor had sent a verbal information to present the budget on Monday, December 24, 2018 after the State Executive Council approval on December 19, 2018, but the ceremony was postponed as the House was on recess and thereby could not form a quorum.

He further said in order to meet the traditional presentation, a formal letter was sent to the House on Friday, December 28, 2018, forwarding the contents of the budget.

But at the plenary yesterday, Speaker of the House, Mr Mudashiru Obasa, said that there was no reason for anybody to shift blame on the parliament over the late presentation of the budget for year 2019, saying the House was always ready to receive and pass the budget if done properly.

He confirmed that a letter was indeed sent to the House through a correspondence dated December 28, 2018 which he said was a total deviation from the norm of the House, a situation whereby the Governor comes to the hallowed chamber to present the budget to the lawmakers.

“We are representing the interest of our people and we will always do that. We have no resentment or bad blood; we are ready to receive the budget when the Executive is ready. The head of the Executive must be ready to perform his constitutional duties in this regard as stated in section 121 chapter 1 of the constitution.” he stated.

Mr Oluyinka Ogundimu representing Agege Constituency I, who raised the motion, noted that the correspondent sent to the House by the Governor was received on the 28th of December, 2018 while the House was on a short recess.

He added that: “we have a tradition to always have a concluded date with the Governor to present the budget. But in this case, we don’t know what this correspondence is trying to address.”

The Majority Leader, Mr Sanai Agunbiade, clarifying the procedure of the budget, stated that before the Governor presents budget, there is a bilateral meeting between the Executive and the parliament where issues on budget provisions and needs of Lagosians are discussed and then the budget is presented.

Meanwhile, the House has been adjourned till Tuesday, January 15, 2019 for the next sitting.