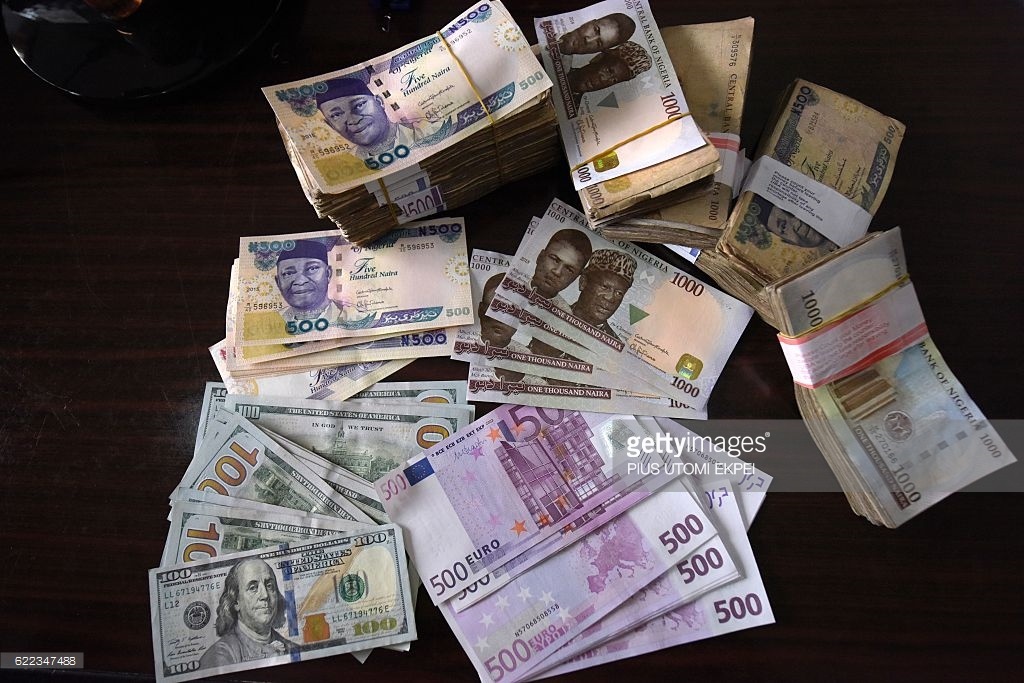 The local currency came under pressure against the British Pound Sterling and the Euro at the black market yesterday, causing the Naira to lose value against the two foreign currencies.

At the segment of the foreign exchange market on Tuesday, the domestic currency depreciated by N10 against the Pound to trade at N600/£1 in contrast to N590/£1 it traded the previous session. In the same vein, it lost N5 on the Euro to settle at N535/€1 versus N530/€1 of Monday.

However, against the United States Dollar, the Nigerian currency traded flat at the parallel market at N460/$1.

A look at the Investors and Exporters (I&E) window of the forex market by Business Post showed that yesterday, the Naira maintained stability against the greenback at N386/$1.

At the interbank segment on Tuesday, the value of the local currency against its American counterpart remained unchanged at N379/$1.

But at the Bureaux De Change (BDC) segment of the market yesterday, especially in Abuja, the Naira gained N1 on the Dollar to sell for N460/$1 versus N461/$1 it was traded previously.

In Port Harcourt, according to data from the Association of the Bureau De Change Operators of Nigeria (ABCON), the local currency was flat against the US Dollar at N460/$1 but gained N8 against the Pound to N595/£1 from N603/£1 and lost N1 on the Euro to quote at N535/€1 as against the previous N534/€1.

I Borrow to Attract Investors to Nigeria—Buhari