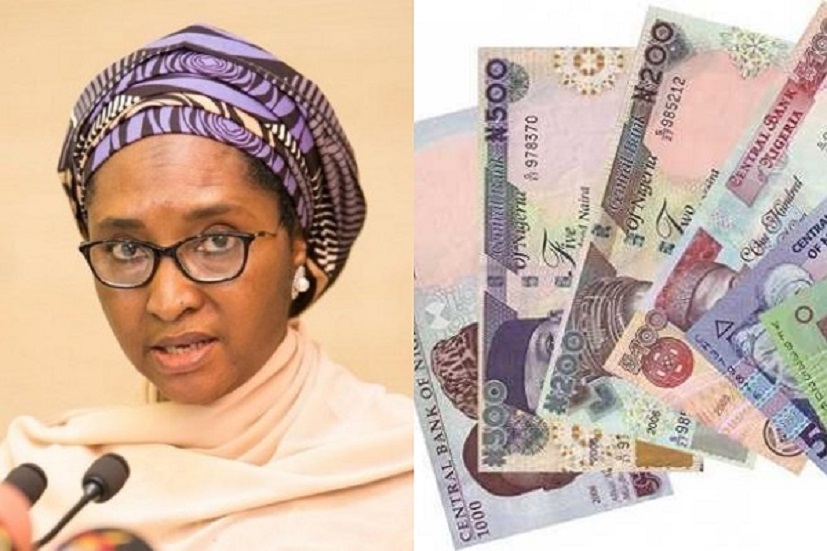 The Minister of Finance, Budget, and National Planning, Mrs Zainab Ahmad, has expressed her displeasure about redesigning the Naira notes by the Central Bank of Nigeria (CBN).

At the 2023 budget defence session with the Senate Committee on Finance, the Finance Minister said it was not the thing to do now, informing the lawmakers that her ministry was never consulted by the apex bank concerning the issue.

Mrs Ahmed said she only heard about the policy in the media, just like every other Nigeria, despite being in charge of the country’s fiscal policy team, urging the committee, headed by Mr Olamilekan Adeola, to invite the central bank to explain the benefits of the new policy.

“Distinguished senators, we were not consulted at the Ministry of Finance by the CBN on the planned Naira redesigning and cannot comment on it as regards merits or otherwise,” she said.

Speaking further, Mrs Ahmed said, “However, as a Nigerian privileged to be at the top of Nigeria’s fiscal management, the policy as rolled out at this time portends serious consequences on the value of the Naira to other foreign currencies.

“I will, however, appeal to this committee to invite the CBN governor for required explanations as regards merits of the planned policy and rightness or otherwise of its implementation now.”

At the hearing on Friday, one of the committee members, Mr Opeyemi Bamidele, raised concerns over the planned redesigning of the nation’s legal tender.

On Wednesday, the Governor of the central bank, Mr Godwin Emefiele, said a new design of the N200, N500 and N1,000 notes would be introduced on December 15, 2022, and the old banknotes removed from circulation on or before January 31, 2023.

This has put the Nigerian Naira under pressure in the foreign exchange (FX) market, especially in the black market, depleting to a low of N787/$1 yesterday.

This was corroborated by Mr Bamidele, who told the Finance Minister that barely two days after the announcement, the value of the Naira to the Dollar had further weakened at the parallel market.

“Just two days after the announcement of the policy, the value of naira to a US dollar has risen from N740/$1 to N788/$1 due to a rush in exchange of Naira notes for foreign currencies, particularly dollars,” he said.