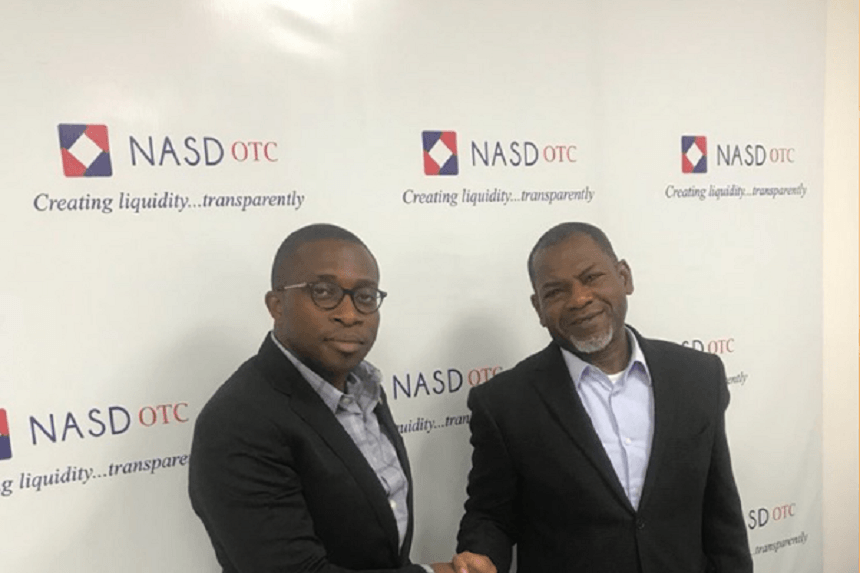 For the fifth straight session, the stock price of NGX Group rose and this time by 6.1 per cent or N1.75 to close at N30.26 per share compared to N28.51 per share it closed on Thursday.

For CSCS Plc, it gained 10 kobo or 0.6 per cent to close the session at N16.75 per share in contrast to N16.65 per share it finished at the previous session.

The gains reported by the duo expanded the market capitalisation of the NASD OTC Exchange by 0.9 per cent or N500 million to close the day at N561.46 billion versus N560.96 billion of the earlier session.

Also, the NASD Unlisted Security Index (NSI) rose by 0.9 per cent or 0.7 points to wrap the closing session for the week and month at 789.89 points compared with 789.19 points of the previous session.

Also, There was a decline in the value of shares traded yesterday by 20.6 per cent as securities worth N297.8 million exchanged hands versus Thursday’s N372.8 million.

In addition, the number of deals executed on Friday went down by 24.3 per cent as only 53 deals were carried out compared with the 70 deals recorded a day earlier.

Related Topics:NASD OTC Exchange
Up Next

Nigeria Imports 63.3% of Cooking Gas from Argentina, Others