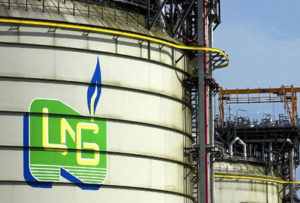 Nigeria Liquefied Natural Gas (NLNG) has released its unaudited financial statement for the year ended December 31, 2016, declaring a decline in its earnings for the period under review.

The company said despite the sharp drop in its revenue, its capital investment appreciated slightly by 1.98 per cent to $881.84 million from $864.76 million recorded in the previous year.

However, the drop in revenue, negatively affected its dividends payout, as it paid $737.086 million in dividends to its shareholders — the Nigerian National Petroleum Corporation (NNPC), Shell, Total and Eni 2016.

The amount paid as dividends in 2016 represented a 65.89 percent decline when compared to total dividends of $2.161 billion paid to shareholders in 2015.

The NLNG disclosed that in a proactive bid to discover more Nigerian sources, Nigerian Content surveys and vendor forums were conducted at scheduled intervals to identify indigenous companies capable of providing the goods and services required by NLNG.

It also stated that through its initiative to empower local contractors via the Finnima Legacy Project, five host community-based contractors had made capital investments in their companies thereby expanding their operating capacity, while it had also strategic partnerships between the more established Nigerian vendors and the community vendors.

The NLNG further disclosed that about 54 vendors had been trained at the Bonny Vocational Centre to improve their skills in business development and project management, while its deliberate strategies implemented to increase spend in some communities had led to a significant increase in year-on-year spend with direct spend increasing by over 100 percent between 2011 and 2013 and even further in 2014.

It said, “Doing business with Nigeria LNG has engendered improvement in some of our vendors’ business processes, and led them to upgrade their facilities and capacity to meet very stringent requirements.

“In the past, for instance, NLNG worked with Dorman Long Nigeria Limited and Nigerdock Nigeria PLC to enhance their galvanisation capability, with Nexans Kabelmetal to increase manufacturing capacity and with Nigerian Foundries to improve their processes for the manufacture of trench gratings and manhole covers.”