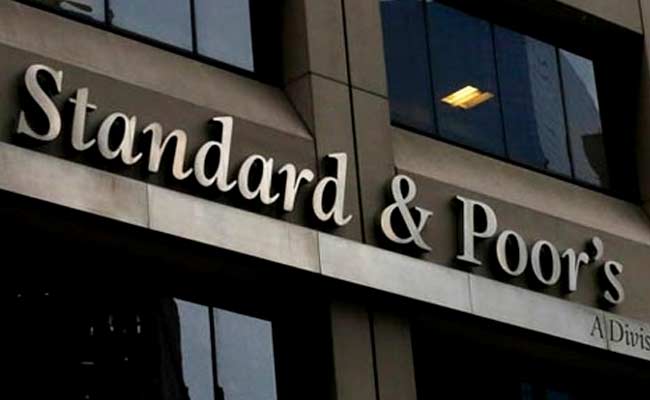 One of the leading rating agencies in the world, S&P Global Ratings, has affirmed its ‘B/B’ long- and short-term sovereign credit ratings on Nigeria with a stable outlook.

At the same time, it affirmed its long- and short-term Nigeria national scale ratings at ‘ngBBB/ngA-2’.

S&P Global Ratings said the ratings on Nigeria are constrained by its low level of economic wealth, real GDP per capita trend growth rates below those of peers with similar levels of development, and future policy responses that may be difficult to predict because of the highly centralized political environment.

The ratings are supported by relatively low general government debt and modest fiscal deficits, it said.

In a statement, S&P Global Ratings said it expects Nigeria’s economy to achieve real GDP growth of 1.5 percent in 2017 and 3.4 percent on average over 2017-2020, supported by improvements in the oil sector and improved government budget execution under its recently released Economic Recovery and Growth Plan 2017-2020.

Nevertheless, on a per-capita basis, real GDP trend growth of 0.4 percent (which we proxy by using 10-year weighted-average growth) remains below that of peers with similar wealth levels. Nigeria has significant infrastructure and energy shortfalls and low income levels, with GDP per capita at $1,800 in 2017.

Nigeria is a sizable producer of hydrocarbons. The oil sector’s direct share of nominal GDP is officially estimated at about 10 percent, while oil and gas account for over 90 percent of exports and at least half of fiscal revenues.

“Although oil revenues support the economy when prices are high, we view them as exposing Nigeria to significant volatility in terms of trade and the government to swings in the revenue base,” it said.

Oil’s relatively small contribution to GDP results from the country’s large and growing population, estimated at about 192 million people in 2017, which has resulted in the emergence of other large sectors, such as agriculture (22% of GDP), trade (18%), and information and communication (12%).

Nevertheless, the oil sector has a significant indirect impact on the economy. A marked contraction in oil production, slower implementation of fiscal policy, and a restrictive exchange-rate regime

resulted in Nigeria’s economy contracting, in real terms, by 1.5% of GDP in 2016. Since then, oil production has increased back above 2 million barrels per day (bpd) in early 2017 (against the about 1.6 million bpd reported at times in the second half of 2016).

Oil production has been supported by reduced incidents of sabotage in the Niger Delta as the government’s engagement with community leaders appears to have borne fruit, while repairs are being completed on key export pipelines.

“We have marginally increased our oil price assumptions (see “S&P Global Ratings Raises Its Oil And Natural Gas Prices Assumptions For 2017,” published Dec. 14, 2016, on RatingsDirect) to an average US$53 per barrel (/bbl) over 2017-2020, compared with US$51/bbl at the time of our previous review in September 2016 (see “Federal Republic of Nigeria Ratings Lowered To ‘B/B’ On Weak Growth Dynamics; Outlook Stable,”),” S&P Global Ratings said.