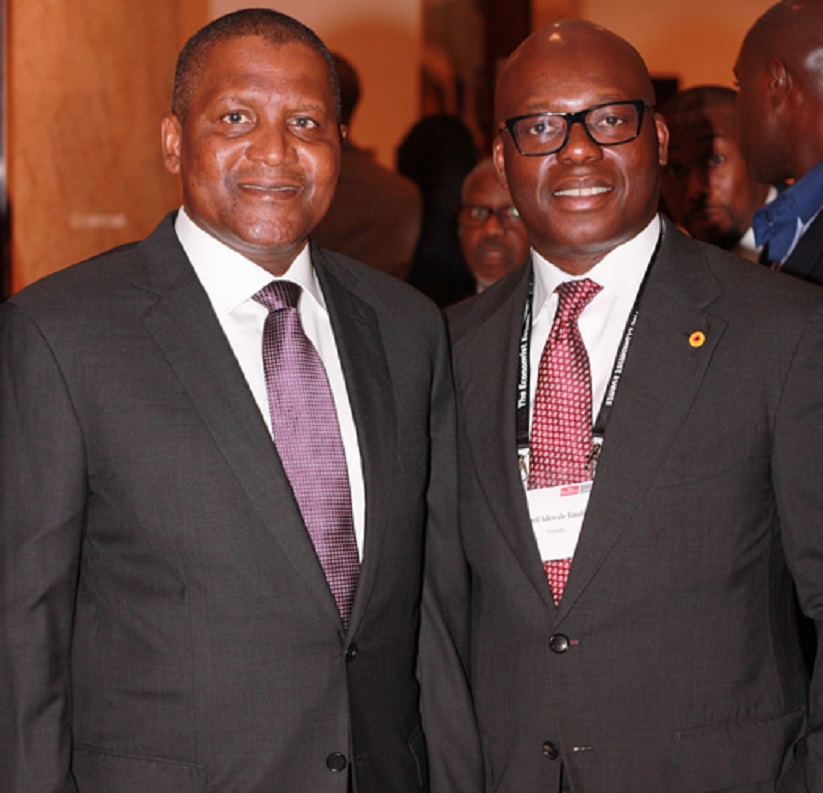 The multi-billion-dollar Dangote Refinery in Lagos has received praises and the latest is coming from the Chief Executive Officer (CEO) of Oando Plc, Mr Wale Tinubu, who commended the group on the investment.

Upon completion, the oil facility will refine 650,000 barrels of crude per day, making it the single largest train in the world.

This, in turn, will enable the nation to generate and save scarce foreign exchange (forex), which has been blamed for the country’s current economic woes.

The project has also been touted to provide 90 megawatts of electricity through its multi-million-dollar sub-sea pipeline project.

It is described as an inspiration to private sector operators in the country.

Mr Tinubu, during a visit to the refinery alongside members of the company’s senior management, confessed that “with what I have seen, this Dangote Refinery is for Nigeria and Africa.”

He also disclosed that the President of Dangote Group, Mr Aliko Dangote, deserves all the commendations in the world for the courage to build the world’s largest single-train refinery in one of the most challenging business environments in the world even as the risk premium being at the highest.

Mr Tinubu noted that he has no doubt that the refinery, upon completion, will meet the yearnings of Nigerian for product availability and ultimately de-risk the petroleum sector.

The Oando CEO expressed his sense of pride for being able to witness this feat in the history of Nigeria, stating that, “It is more than just a refinery, it is a revolution, it is about what is possible in Africa by an African, we are talking about a world-class project being done on a scale that the world is not used to.”

“This is happening in an extremely challenging environment in which all of the infrastructures had to be built from scratch with the attendant huge additional cost, the cost of capital being high, and the risk premium being highest and done with such spectacular precision.

“I think the world is not going to see many of these sorts of projects. I call it the eighth wonder of my own time,” he added.

He further stated that the project was of strategic importance to the nation and the continent as Nigeria has no functional refinery, with 200 million people consuming 40 million litres per day.

“There is nowhere in the world where you have raw materials for something and you do not beneficiate the product to a point where you can consume it in your country.

“We have been a complete and utter failure when it comes to that and it is taking a private individual to reverse that trend.

In response to the encomium, Mr Dangote stated that the refinery is not only a project for Dangote, but also a project for Nigeria.

“Nigeria should be a leader in building facilities like these, as a business initiative.

“This project will definitely put Nigeria on the map, and surely change the fortunes of Africa,” he said.

The respected businessman further disclosed that apart from building world-class projects, he is also dedicated to building capacity by saving failing industries such as it did in the cement industry, adding that this has set the primacy in Nigeria.

Related Topics:tinubuwale tinubu
Up Next