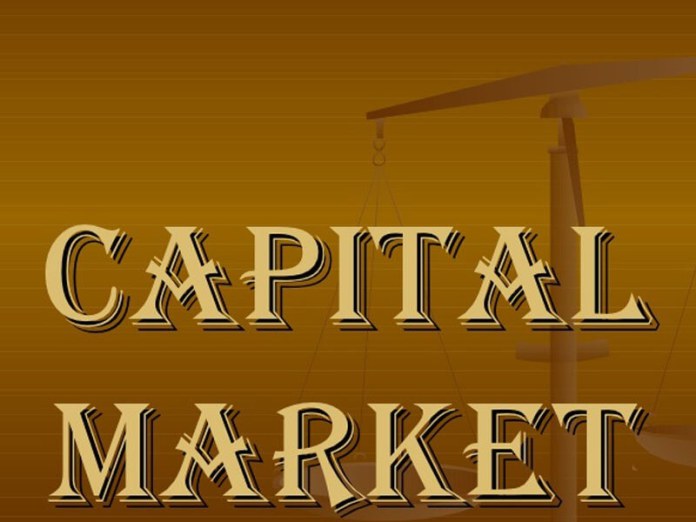 Four stockbroking firms have been ordered to pay the sum of N5 million as fine for engaging in illegal transactions.

They were found guilty of unlawfully selling shares belonging to an investor worth millions of Naira.

The matter was brought before the Enugu arm of the Investment and Securities Tribunal (IST) by the affected investor, Mr Okam Kalu Ugwu.

He joined the Securities and Exchange Commission (SEC), the apex capital market regulator, and the four firms in the suit.

The Tribunal also ordered that the 16,876 units, 5,000 units, 850 units and 2,813 units of Union Bank shares purportedly covered by four other certificates be expunged from the claim, having not been established by credible evidence.

Furthermore, the IST reached the verdict that Union Registrars Limited, UIDC Securities Limited and Gosord Securities Limited are to restore and restitute the claimant with 549,453 Union Bank shares and all bonuses and dividends in line with capital market rules, practice and procedures not later than 30 days from the date of the judgment.

According to a statement issued by the acting Director, Corporate Affairs at the IST, Mr Kenneth Ezea, Union Registrars Limited was equally ordered to restore the name of the claimant, Dr Okam Kalu Ugwu, in the register of shareholders of Union Bank Plc as relate to the disputed shares in line with capital market rules, practices and procedures not later than 30 days from the date of the judgment.

Also, all irregular transactions in the claimant’s Guinness Plc shares covered by certificate number 22279776 were also declared illegal, null and void and Union Registrars Limited (2nd Defendant) and UIDC Securities Limited (3rd Defendants) were ordered to restore and restitute the claimant with 2,083 units of Guinness Nigeria Plc with accrued bonuses and dividends, unlawfully verified, transferred and sold to third parties through their platforms not later than 30 days from the date of the judgment while Union Registrars (2nd Defendant) is to restore the name of the Claimant in the register of shareholders of Guinness Nigeria Plc.

Kapital Care Trust Securities Limited being the 5th Defendant was ordered to restore and restitute the claimant with the 72,151units of Union Bank shares and accrued bonuses and dividends it unlawfully dealt with in line with Capital Market Rules, Practice and Procedures not later than 30 days from the date of the judgment and as well fined N100,000 to be paid into the coffers of the Federal Government of Nigeria for breach of professional ethics in dealing with shares of the claimant.

In addition, the sum of N5 million was awarded as general damages against the Union Registrar Ltd, UIDC Securities Limited and Gosord Securities Ltd jointly and severally in favour of the claimant.

Restating the account of the case, Mr Osemwengie said the action was commenced by way of Originating Application filed by the claimant, Dr Okam Kalu Ugwu, a Medical Doctor, who claimed that he had over a total of 549,453 units of Union Bank shares at all material time to the commencement of the action.

He alleged that a total of 133,078 units of the shares were unlawfully verified, dematerialized and transferred to 3rd parties by some of the defendants without his authority, consent and knowledge.

The claimant alleged further that the Union Registrars Ltd joggled its shareholding such that another 416,375 units of his Union Bank shares cannot be accounted for.

He alleged further that his 2,083 units of Guinness Plc shares were also unlawfully verified, dematerialised and transferred to 3rd parties through the 2nd Defendant, Union Registrars, without his authority, consent and knowledge.

Dr Ugwu informed the court that all his share certificates were kept in his residence at Federal Medical Centre, Umuahia, Abia State and that sometime on the July 30, 2007, he received a caution notice from First Registrars that some of his shares had been provided for verification.

Alarmed that he did not give any instruction on his shares, he raced to where he kept his share certificates only to discover that they had disappeared.

The claimant contended that Union Registrars did not respond to the letter written to it, rather it went ahead and dealt with the claimant’s shares.

On December 16, 2007, the claimant wrote another letter to the 2nd defendant reiterating his previous demands for details on his accounts, but no response was given. He decided to write a letter dated April 6, 2009 asking the 2nd defendant to place a caveat on his shares.

However, the claimant was surprised to receive a letter from the 2nd defendant in December 2009 purported to have been written to him since December 30, 2008. Enclosed in the letter were purported statement of account of the shareholding with Union Bank of Nigeria Plc dated January 26, 2009 containing 71, 311 units of shares, purported dividend report and CSCS transaction on his share accounts.

The defendants even traced the theft of the share certificates to an in-law of the claimant who was a stockbroker but finding no merits in their defence the tribunal blamed them for failure to exercise caution and apply the standard know your customer precautions even when duly forewarned. They were restrained from further dealing unlawfully with the claimant’s shares.

But SEC was directed, under its regulatory powers, to supervise, monitor and ensure compliance by the 2nd, 3rd, 4th and 5th defendants to the orders of the tribunal not later than 30 days from the date of this judgment.

SEC is also to ensure that shares restored and restituted to claimant are moved to the stockbroker company of his choice.

10 Profitable Investments to Consider in 2018