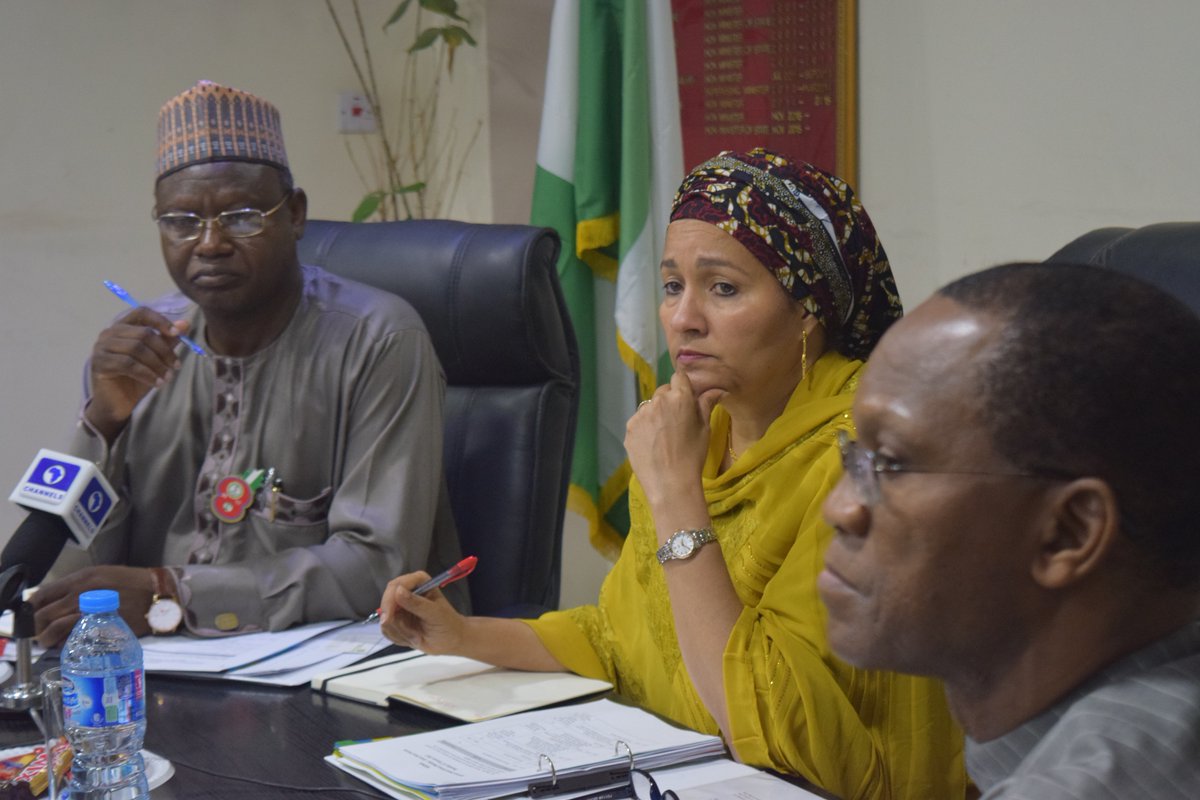 Deputy Secretary-General of the United Nations, Mrs Amina Mohammed, has advised developing countries to take advantage of the Green Bond market in financing some projects.

The former Nigeria’s Minister of Environment said her experience of the Green Bond in Nigeria was an “exciting initiative to use, to leverage, the implementation of the Nationally Determined Contributions (NDC).

Mrs Mohammed, while addressing members of the press in New York on Tuesday, noted that the “sovereign Green Bond, which will be the first ones issued at the end of March in emerging countries is very exciting, and I think that the model that should be taken there is that countries themselves need to go through a process that strengthens integration and that they institutionally can then rise to the opportunities of other financing coming into the international Green Bond market.”

She described the initiative as “huge”, stressing that it has “brought in a lot of the private sector into this, in a way, I think, that is constructive and gets government providing the enabling environment but the private sector really taking things to scale.

“It has to be about jobs and our economies improving in Africa, so yes, I do think that that is important.”

The UN Deputy Scribe also used the occasion to express her total commitment to the vision of the Secretary General of the global body, Mr
António Guterres.

Mrs Mohammed, while thanking Mr Guterres for the privilege to work with him, said she will be “focusing primarily on helping (her boss) to reposition sustainable development at the United Nations and as he has stated, sustainable development is an end in itself but it is also the best way that we feel that we can achieve universal peace.”

She further stated that, “I’m attaching great importance to the promise of leaving no one behind, so starting with those that are furthest behind, really looking to see how we can address that in a robust manner that brings everyone into the sustainable development agenda, addressing gender barriers that we’ve seen constantly; that we have achieved some success in that, not enough.

“We need to go to scale at this point. We also need to empower youth, agents of peace and development.

“I can say that in the recent 15 months that I have been home, after helping to shape the 2030 Agenda, youth have been the greatest challenge that we have faced but also the greatest potential to finding solutions for peace and development.

“I will be supporting the SG in the comprehensive review of the UN development system; this will be in close consultation with Member States.

“We have the advantage that the three major agendas that we agreed in 2015, were really from an inclusive process where Member States owned it and lead on it.

“And so supporting them to get an ambitious response at the country level is one that I believe will have a much easier task than we would have had previously, so therefore, those consultations will be given utmost priority.

“We shall become as the United Nations much more fit for purpose.”

Commenting on the $4 billion famine drive, Mrs Mohammed said, “We need to be ahead of the curve and not behind it, and so we do press for the support we need in those four countries.

“This famine is not just going to be limited to them if we don’t address it in a very urgent way. I think that the results that we saw in Oslo recently are warming and I think that this is showing that there is a way forward on some of this.

“We need to listen to some of the issues that were raised there.

“Again, bringing agencies and partnerships together in a much more coordinated and coherent manner, will help us get further, leveraging resources from different constituencies now, different partnerships in a global agenda, this is becoming more complex, but it is bringing in more returns and so again, we are not taking our foot off the urgency pedal, it is really urgent that we get much more, much more quickly, but so far the [outings?] have proved to be positive.”