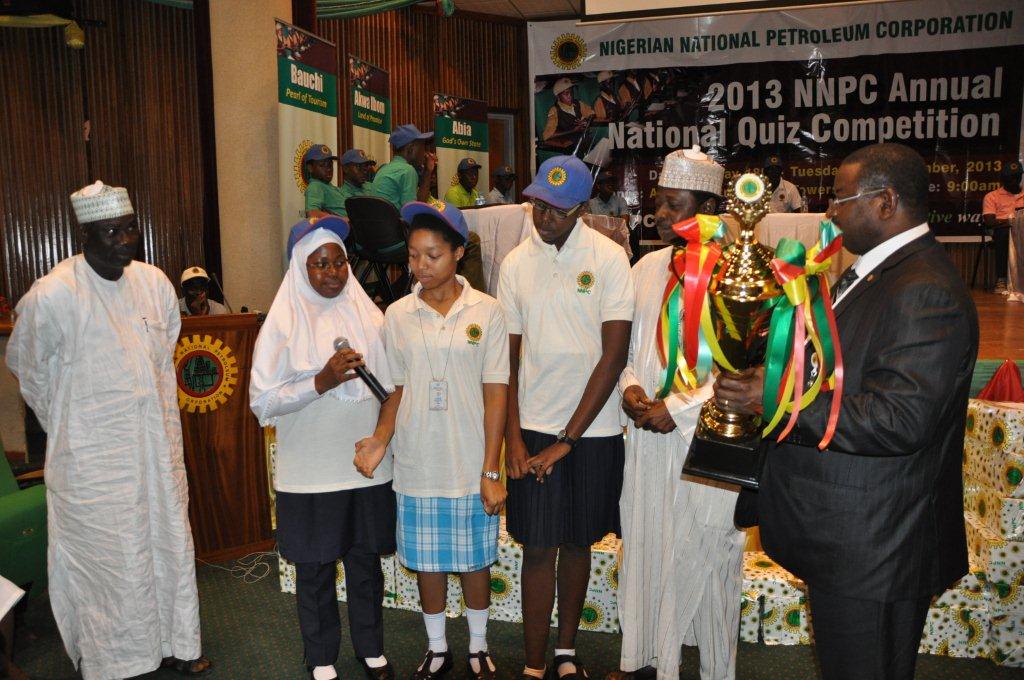 Results of the state leg of NNPC yearly Quiz Competition conducted July 22, 2017, in all the 36 states of the federation and the Federal Capital Territory (FCT) have been released.

It was gathered that 15 of the winners came from public schools, while 22 were from private colleges.

The data from the yearly competition which started exclusively for participants from the Niger Delta in 2000 but morphed into a nationwide exercise in 2001, also indicated a gender mix among the winners, with 8 and 29 female and male state-winners respectively.

Group Managing Director of NNPC, Dr Maikanti Baru, says he is impressed with the innovation introduced in the conduct of the 2017 edition of the competition.

Receiving briefs on the status of the 15th edition of the competition in Abuja, Mr Baru said he was glad with the engagement of the West African Examination Council (WAEC), the Junior Engineering Technical Society (JETS) as well as Science Teachers Association of Nigeria (STAN) for the exercise, because it added integrity to the exercise.

He described as catalytic, the one-off grant of N100,000 for state winners and the scholarship award of N300,000 per session for the overall winner at the grand finale, redeemable upon presentation of evidence of admission into tertiary institutions, saying it would enhance the competitiveness of the yearly event.

“As a corporate entity, we are passionate about impacting lives positively through our Corporate Social Responsibility (CSR) projects.

“The annual quiz competition is a flagship project for NNPC that was designed to encourage science and technology education among the youth for the purpose of lending a hand in building future manpower for the oil and gas industry,” Mr Baru stated.

On his part, NNPC Group General Manager, Group Public Affairs, Mr Ndu Ughamadu, who spoke at the briefing, described the overall performance of the exercise as excellent.

Explaining the details of the results, Mr Ughamadu said 19 winners scored 80 percent and above in the exercise, adding that 13 of them had scores that ranged between 60 percent and 79 percent, with the five others emerging with marks below 60 percent.

The Group Public Affairs Division which coordinates the yearly event sent its personnel who are members of the quiz committee to observe the exercise in some selected states of the federation, including Kogi, Plateau, Enugu, Rivers, Oyo, Zamfara and the FCT.

Designed mainly for students in the nation’s secondary schools, the competition has impacted positively on the intellectual attainment of young Nigerians.

It has provided financial succour to successful contestants who have been placed on bursary throughout their university education.

Many of the awardees had moved on to achieve academic laurels in tertiary institutions, locally and internationally.

Fulfilling aspects of its slant, records show many of the past awardees ended up studying Science and Technology related courses in the universities.

In 2010, a past winner of the competition emerged 2nd in a contest involving others from the Organisation of Petroleum Exporting Countries (OPEC) Member Countries, and Austria to commemorate the 50th anniversary of OPEC.