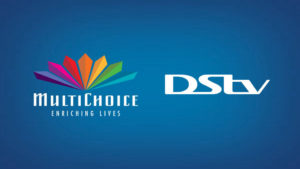 A monopoly that many Nigerians have struggled to understand or entrepreneurs have battled to break is that of DSTV. It has, so far, defied nearly all competitions to dominate the PayTV industry in Nigeria.

We can all recall how HiTV made a cameo attempt at shattering the monopoly. HiTV came like a thief in night, wrestle the rights to broadcast not only the English Premier League (EPL), which has a fanatical following in Nigeria, but also, the English FA, the UEFA champions League, and Europa Cup but in the morning; HiTv had crashed. HiTv which signed to air these matches for 4 years between 2007 and 2011; could not sustain the payment and competition, thus, lost the rights and was liquidated. Sad.

In the interim, the loss of the right to broadcast these matches jilted DSTV. It seemed like they went to restrategize and when it was time, they regained the rights to broadcast matches in Europe’s top leagues.

It must be stated that regardless of the fact that DSTV lost the rights to broadcast the EPL, many Nigerians didn’t dispose-off their decoders. This is because DSTV has other interesting content besides football.

This has been the trend since DSTV’s entry 22 years ago. It has won every competition.

Take the entry of Startimes into Nigeria. It slashed the price of PayTV to make it affordable to especially low-income earners. There is no doubt that PayTV from China has its own market-share.

But, DSTV responded by rolling out GOtv in 2011. The undeniable truth is that if you cannot afford DSTV, you can buy GOtv and still enjoy the same programming. Other PayTV stations that did not bother to take on DSTV include DaarSat, Continental Satellite Limited Consat, and MyTV among others. They are arguably satisfied with their little share of the market.

Nevertheless, it is wrong if we describe DSTV’s domination of the PayTV industry in Nigeria as a monopoly. This is because the PayTV market has been made a level playing field since the deregulation of the broadcast industry in 1992. Hence, anyone can venture into the business. DSTV shouldn’t be faulted if they turn out to be the best and almost every Nigerian patronizes them.

This said, DSTV’s monopoly has made the PayTV channel somewhat arrogant especially when it comes to its subscriptions. Nigerians have complained about DSTV’s price regime and others have gone to court to challenge it. There are some services like access to Showmax by DSTV PVR subscribers enjoyed in South Africa, the home country of DSTV but, nothing has changed so far. Nigeria is a free market economy. No court or regulatory body can tell DSTV how to run its business.

Therefore, instead of focusing on the narrative of breaking DSTV’s monopoly, prospective entrepreneurs should simply pay attention to how to better DSTV in terms of content, and subscription.

In addition, their efforts will be futile if they don’t hijack the rights to air the matches of major European leagues.

It should strike a strong cord that the only time DSTV’s market dominance was threatened was when HiTv usurped the broadcast rights of the EPL. It was unexpected and within months, the number of households who own HiTv jumped significantly.

Currently, DSTV has the right to broadcast the EPL between 2016 and 2019. This right cost the PayTV firm a whopping sum of £296 million to show live EPL matches across Nigeria and sub-Saharan Africa.

For the 2013 to 2016 season, DSTV paid £205 million. This means to win the rights, your pocket must be deep and have some powerful investors. Obviously, we can probably conclude that it will be difficult to break DSTV’s.

However, if we dwell on this, prospective entrepreneurs may not be interested in the PayTv industry in Nigeria.

DSTV should not be too comfortable as internet penetration continues to grow in Nigeria. Many Nigerians now own mobile phones and if data prices become more affordable, Nigerians will be able to watch live European matches on the internet.  There will be less reliance on DSTV for watching the EPL.

A multimedia and live streaming platform pushing this frontier is Kwese sports owned by Econet Wireless. It signed a deal to broadcast the EPL across sub-Saharan Africa on a Free-To-Air basis for three seasons beginning from the 2016/2017 season. With this, Nigerians can watch the EPL for free as far as they have access to the internet.

DSTV’s monopoly is due to its awesome content and owning the EPL right. Anyone who really wants to break the monopoly should not go the HiTv way. Perhaps, the best way to go now is live streaming which is becoming popular by the day.