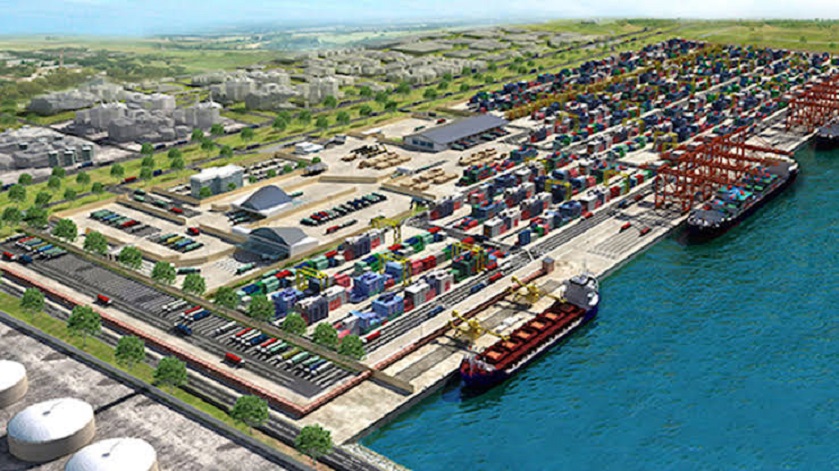 Mr Akeredolu said this at a one-day stakeholders’ forum on the review of the existing revenue allocation formula for the 36 states and the Federal Capital Territory (FCT) by RMAFC in collaboration with the Ondo state government on Tuesday in Akure.

Represented by his Deputy, Mr Lucky Aiyedatiwa, the Governor said with adequate support, the Ondo seaport would become a major revenue spinner for the state.

He pointed out that the current revenue formula does not reflect the existing reality on the ground, hence the need for it to be reviewed for the overall development of every sector of the economy.

The Governor said his administration has made frantic efforts to improve the state’s internally generated revenue with over N2 billion revenue generated monthly from around N700 million during the previous administration.

“It is also worth mentioning that the current level of insecurity of lives and property has further put a great deal of responsibility on our states, in the bid to confront crime and criminality within our borders.

“It is daily becoming more apparent that the Federal Government alone can no longer bear the burden of providing adequate security for the entire country.

“This, among other things, informed the collective determination of the South West Governors to establish the Western Nigeria Security Network, otherwise known as ‘Amotekun Corps’, which is indeed an effort in keeping faith with our unwavering resolve to ensure the security of lives and property of our people.

“As we all know, maintaining a security outfit of this magnitude requires a lot of financial and material resources.

“I must stress that we have not thrown our hands up in the air in dire frustration, rather we are exploring all avenues to bring more development, and by extension, more funds to the state.

“Consequently, we are in the process of establishing Port Ondo, having been blessed by providence with the largest coastline with its great potentials for a viable seaport.

“The revenue that will be accruable from an Ondo seaport is better imagined as this project alone is capable of transforming the economic narrative of the State and equally compete with oil as a major ‘cash cow’ for the country.

“We, therefore, enjoin RMAFC to support the Ondo Seaport Project, as a major revenue spinner and support the State in ensuring its approval and eventual takeoff,” he said.

Mr Akeredolu expressed hopes that the efforts of RMAFC in reviewing the existing revenue formula will yield positive results for the people.

On his part, the Federal Commissioner, representing Ondo State at the RMAFC, Mr Tokunbo Ajasin, reiterated their commitment to a fair and equitable revenue formula to the three tiers of governments.

Mr Ajasin said that the last general review of the Revenue Allocation Formula was carried out in 1992 but the political structure of the country has since changed with the creation of six additional states and an increased number of local governments.

He said that the last attempt to review the formula was in 2014 by the commission but this failed at the final process.

The federal commissioner later hoped that the exercise would produce a just and accepted sharing revenue formula for the federal, state and local government to achieve their desired goals.

Related Topics:Ondo Seaport
Up Next