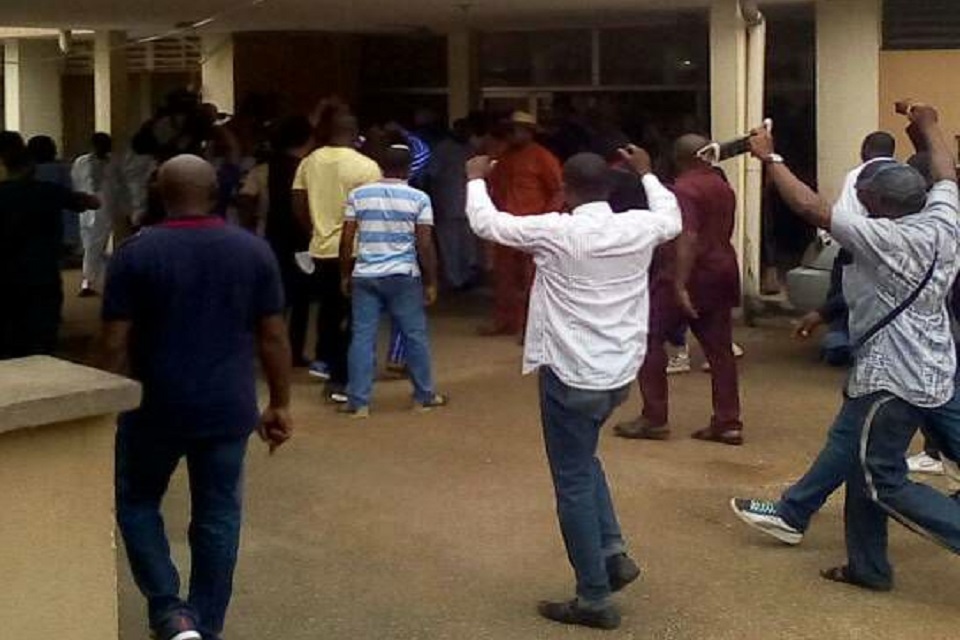 Speaker of the Edo State House of Assembly, Mr Justin Okonoboh, has been impeached by his colleagues.

Mr Okonoboh, who assumed office about 12 months ago, was removed as Speaker of the Edo Assembly on Monday morning.

The lawmaker from Igueben local government area of the state is representing Edo Central at the hallowed chamber.

As a result of his removal today, a new Speaker was elected and he is Mr Ajoto Kabiru from Akoko Edo Constituency 2.

The development had caused tension in some quarters of the state this morning, but our correspondent gathered that things are presently under control.

Last year, Mr Victor Edoror was impeached as Speaker of the Edo State House of Assembly and Mr Okonoboh was elected as his replacement.

As at the time of filing this report, we could not ascertain the main reason the Speaker was impeached.

UN Blasts Nigerian Army Over Raid of Maiduguri Base