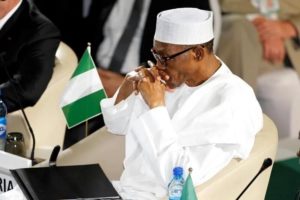 Special Adviser to President Muhammadu Buhari on Media and Publicity, Mr Femi Adesina, has disclosed that he has no information concerning the health status of his boss.

Speaking to Seun Okinbaloye on Channels TV programme called Sunday Politics, yesterday, Mr Adesina stressed that only the President has the right to let Nigerians know his true health condition and not him (Adesina).

‘’When the President was leaving on January 19, we said he was going to take a vacation and also do some medical check-ups. The essence of medical check-up is to find out the state of your being, and that test can mean a lot of things,” the President’s media aide said on the programme.

He further said, “The situation now is that series of tests have been conducted and his doctors have advised that he stays back so that the cycle can be completed.”

Mr Adesina emphasised that, “There’s medical doctor-patient confidentiality,” saying “no doctor will reveal his patient’s state of health to you as an individual.”

“I am sure it will get to a point when the President has to disclose the status of his health if it needs to be disclosed; if it is something serious to be disclosed,” the renowned journalist said.