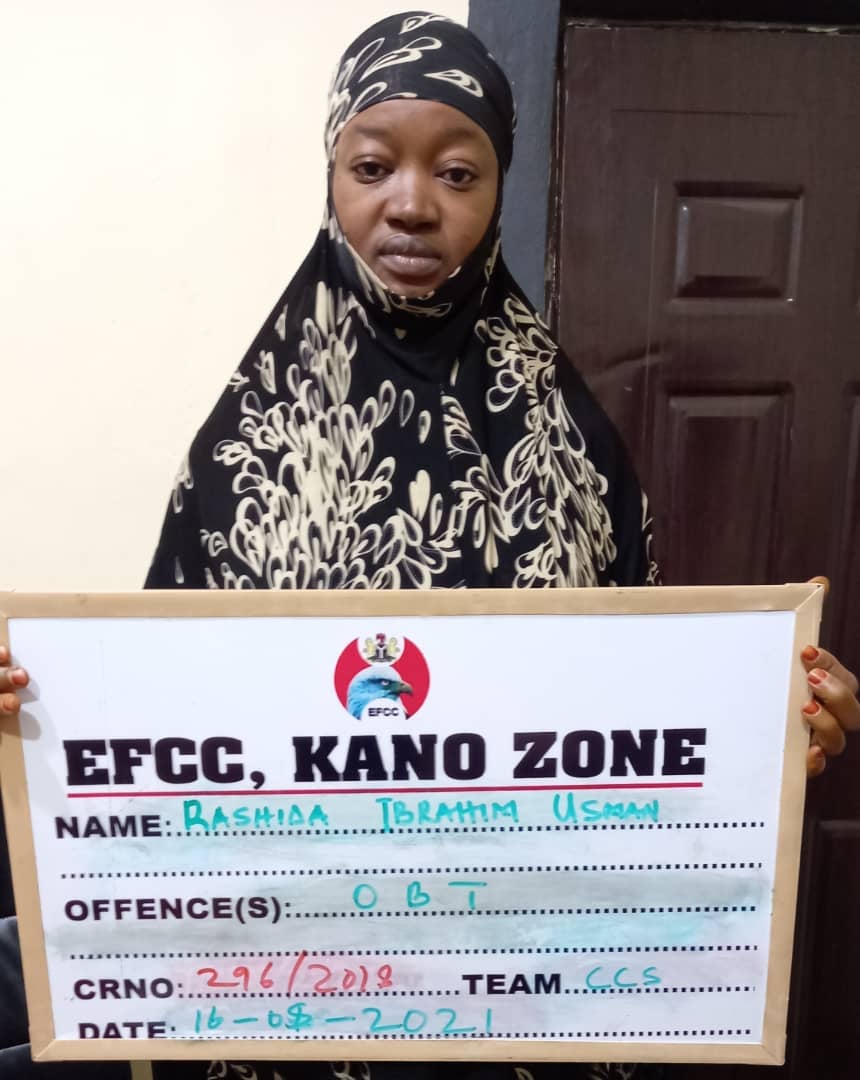 A Kano businesswoman, Ms Rashida Ibrahim Usman, is battling to clear her name over an investment worth N13.8 million gone wrong.

It was alleged that Ms Usman, who runs a business called Golden Premier Club, collected about N13.8 million from a woman, Ms Wasila Shuaibu, with the promise to get returns from her investment.

However, when the suspect was to fulfil her promise, she reneged and efforts to get the initial capital from her failed, which prompted the victim to involve the Economic and Financial Crimes Commission (EFCC).

The EFCC informed the court that the victim was introduced to the suspect in April 2018 by her sister, Pricia Shaaibu, and that she made the payment in five instalments through the defendant’s account domiciled in Diamond Bank Plc (now Access Bank) with account number 0099629622.

In one of the charges, the EFCC said, “That you Rashida Ibrahim Usman sometime in the year 2018 at Kano, Kano State within the jurisdiction of this court with intent to defraud, did obtain the sum of N13.780 million from one Hajiya Wasila Shuaibu via your account No. 0099629622 bearing Rashida Ibrahim Usman, under the false pretence that the said sum will be invested in the business of buying and selling coupons, fact which you knew to be false and thereby committed an offence contrary to Section 1(1)(a) and punishable under Section 1(3) of Advance Fee Fraud and other Fraud related offences Act, 2006.”

But when the charges were read to her, the defendant pleaded “not guilty” and in view of her plea, the prosecuting counsel, Zarami Muhammad, asked the court to remand her in custody and fix a date for trial to commence.

This was objected by the defence counsel, Abdullahi Muhammad, who informed the court that he has filed an application for the bail of his client, and urged the court to admit her to bail.

The prayers of Mr Muhammad were upheld and Justice Sabo granted bail to the defendant in the sum of N2 million and two sureties in like sum.

The judge said the sureties must have movable or immovable properties worth N5 million within Kano, while the case was adjourned till October 25, 2021, for trial.