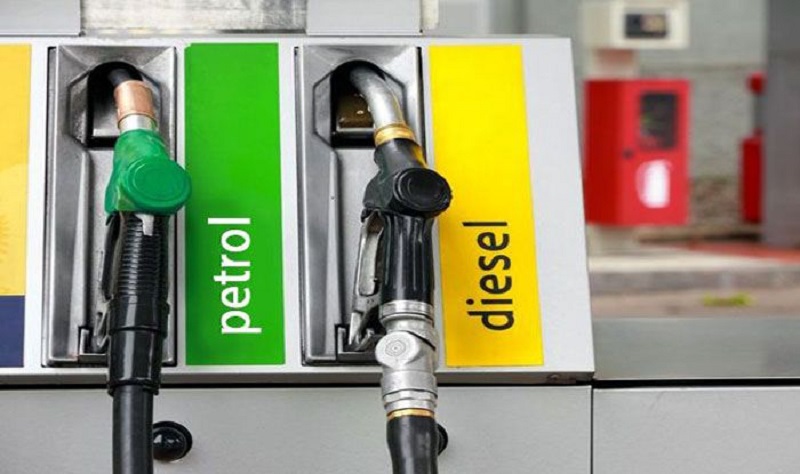 The Nigerian Navy has stopped the theft of petroleum products worth almost N2 billion (precisely N1.992 billion )between June 1 and 12, 2022.

The spokesman of the agency, Mr Commodore A. Ayo-Vaughan, stated this in a press release, saying this was part of Operation Dakatar Da Barawo (OPDDB).

According to the statement, “On June 1, 2022, Nigerian Navy Ship (NNS) PATHFINDER at Rivers State conducted a swamp buggy operation in some identified IRS during which 13 refining ovens, 6 reservoirs and 2 storage tanks were destroyed. Additionally, the IRS operators had abandoned 2 gas cylinders and fled at the sight of the Navy. The gas cylinders were handled appropriately. Similarly, NNS DELTA at Warri located and deactivated an IRS within a creek around Omadino Community in Warri South LGA of Delta State. The site had 7 ovens, 8 metal storage tanks and 2 pits cumulatively laden with about 3,000 litres of suspected stolen crude oil and about 6,000 litres of suspected illegally refined AGO. The site and products were neutralized appropriately. Also, 4 pumping machines and one 40hp outboard engine was recovered from the site.

“Also, on June 2, 2022, NNS SOROH arrested 2 trucks laden with suspected illegally sourced sludge at Opolo area in Yenagoa. The trucks were enroute Koko in Delta State without valid documents and approvals. A total of 5 suspects were therefore apprehended and in custody for later hand over for prosecution.

“Similarly, on June 3, 2022, NNS PATHFINDER discovered several IRS at Bukuma in Degema Creek and Creek 6 in Rivers State. There were 6 storage tanks and 3 massive pits filled with unspecified quantity of AGO and crude oil respectively. These were all neutralized.

“On June 7, 2022, NNS SOROH at Yenagoa, arrested 3 fibre boats (1 x 115hp and 2 x 75hp) and each boat operator at Ekpetiama in Amassoma Community. The boats were cumulatively laden with about 10,000 litres of illegally refined AGO. The boats and suspects were subsequently taken into custody. Similarly, NNS PATHFINDER uncovered an illegal crude oil loading point at Cawthorne Channel 2, Off new Calabar River. Several wooden boats were apparently siphoning/stealing crude oil from a well head within the vicinity. It was further discovered that the supply point serves as the major source of crude oil for the notorious ‘Market Square’.

“Accordingly, the identified illegal cooking camps and wooden ‘Cotonou’ boats were deactivated. Thereafter, the Base established a waterborne guard post at the point, while awaiting the arrival of NNPC technical experts to secure the well head to prevent further loss/theft.

“Furthermore, on June 8, 2022, NNS DELTA located an IRS around Ajigbera Creek in Warri South-West LGA of Delta State. The site had 13 metal storage tanks and 9 ovens cumulatively laden with about 60,000 litres of suspected illegally refined AGO and about 100,000 litres of suspected stolen crude oil. Accordingly, the sites were deactivated while 4 pumping machines were recovered to the Base.

“Relatedly, on June 9, 2022, NNS DELTA raided a previously deactivated IRS at Ovuleye in Warri South-West LGA of Delta State along Egwa Creek. The IRS was observed to be active and illegal refining activities had re-commenced. The IRS had 10 ovens, 8 metal storage tanks and 6 surface storage tanks collectively, laden with about 250,000 litres of illegally refined AGO and 150,000 litres of stolen crude oil. Also, 3 pumping machines were discovered at the site.

“The IRS was again, deactivated and the products were handled appropriately. On the same day, NNS PATHFINDER discovered 2 massive wooden boats at Creek 6 in Kalibiama laden with an unspecified quantity of suspected stolen crude oil. The large wooden boats and the products were handled appropriately. Additionally, 2 large pumping machines were confiscated at the scene and brought back to own location for safe custody.”