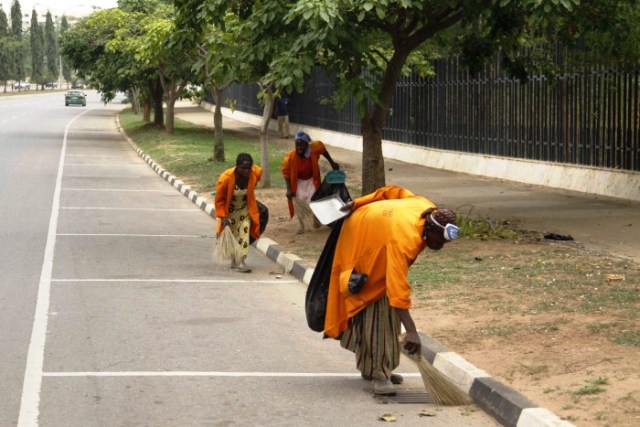 The monthly environmental sanitation in Lagos State will hold this Saturday, October 29, 2016, the state government has declared.

A statement issued by the Commissioner for the Environment, Dr Babatunde Adejare, explained that the exercise would be observed, as usual, between the hours of 7am to 10am.

Mr Adejare further disclosed that this month’s sanitation would be dedicated to vector control, adding that the move towards vector control in the state had commenced with automated fumigation of all markets in Lagos, starting with Obalende Market.

He said this is aimed at eliminating rodents and preventing the disease they might cause.

The Commissioner urged residents to turn out en-masse and participate actively in the forthcoming sanitation exercise by cleaning their homes and drains, warning that the period of environmental sanitation should not be used for any social engagement or sporting activities, but for cleaning and sanitation exercises.

Mr Adejare noted that apart from this state organized event, daily cleaning of the environment should be an everyday affair because environment is the superstructure on which everything rests. He appealed to residents to desist from acts that could lead to flooding, such as indiscriminate dumping of waste into drains and canals and other acts that might result in environmental degradation.

According to him, “The state government is committed to achieving a flood-free Lagos. Citizens on their part will do well to ensure that canals and channels in their areas are cleaned at all times, in addition to the regular de-silting, dredging and maintenance of drainage channels and canals by government.”

“As we are all aware, Lagos is a coastal State that has high water table and prone to flash-floods, we must therefore imbibe positive attitude which will reduce to the barest minimum the incidence of flooding, which has so far been contained in the State” he added.

The Commissioner warned residents who still patronize cart pushers to desist from the illegal act as the coverage of the PSP Operators has been widened to effectively accommodate more residents of the state.

He reminded Lagosians that government’s zero tolerance programme to environmental infractions and nuisances was still very much on course and as such the people should refrain from degrading the environment in any form to avoid the negative consequences of environmental pollution and the full weight of the compliance measures of government.

In order to attain total compliance of the restriction order and ensure full participation of Lagosians in the sanitation exercise, Mr Adejare implored interstate bus operators, the state transport owners and road transport workers association to comply with the restriction of vehicular movement order between 7am-10am as any vehicle caught violating this order will be dealt with appropriately, while passengers in such vehicles will also be prosecuted according to the State Environmental Sanitation Laws.

He further assured that law enforcement agencies including the Nigeria Police and officials from LAWMA, LASTMA and KAI have been fully mobilized to enforce the restriction.