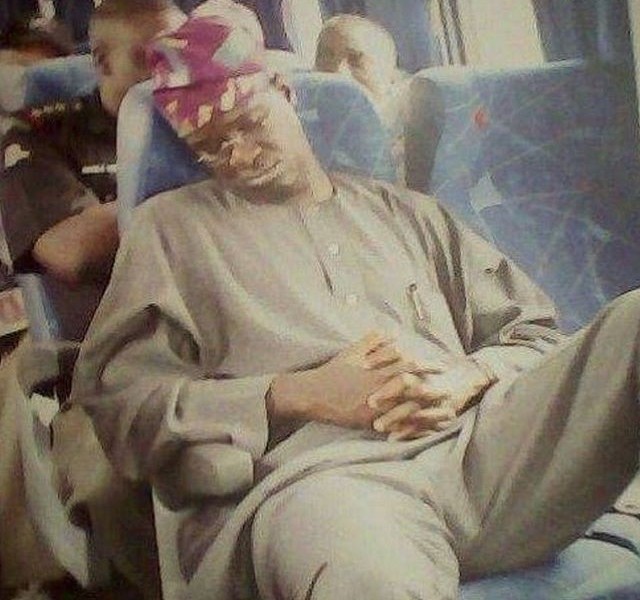 Minister of Power, Works and House, Mr Babatude Fashola, has been advised to honourably resign from office if he was overwhelmed by the enormous portfolios he was handling.

This counsel came following statements credited to him accusing the National Assembly of importing ‘strange’ projects into the recently-signed 2017 budget.

After the Minister made that statement, the lawmakers came hard on him, warning him to stop “misleading” the public with “half-truths.”

At the plenary on Wednesday, Chairman of the Senate Committee on Appropriations, Mr Danjuma Goje, told his colleagues that, “Initially, I wanted to come under a motion but, yesterday, the House of Representatives took up the matter.

“Since we are on the same page with the House, I feel I should not come under a motion.

“But I will like to seize this opportunity to advise the Minister that he should remember that he is now a minister and should behave like a minister.

“He is not a Governor (anymore) and this National Assembly is not Lagos State House of Assembly. This is an Assembly composed of very patriotic Nigerians, very experienced Nigerians; many had done his job; many were Governors before him.”

“Fashola should know that he is dealing with the National Assembly of Nigeria, not of Lagos. If the job is too much for him – the ministry is too big; it comprises three ministries, which are works, housing and power; if he cannot adjust, then, he should do the honourable thing. He should so the needful.

“No amount of blackmail by him; no amount of propaganda by him or his surrogates will stop this National Assembly from discharging its duties in accordance with the provisions of the Constitution.

“We have sworn to uphold and protect this Constitution, and this we will do to the end of this Assembly.

“For now, I will cease fire and watch to see how the House will handle him. If he is well handled there, we will leave him with them.

“But if we are not satisfied and they pass him to us, then, we will take him over.”

Reacting, the Senate President, Mr Bukola Saraki, stated that, “I am happy that the House of Representatives is also taking up this issue.

“It is a matter that we must be responsible, especially those at the (executive) cabinet to look at issues from a national point of view in the interest of all Nigerians.

“We will definitely wait for the outcome of his appearance before the House of Representatives before further contributions. But we have taken your comments, Chairman of Appropriations.”

Yesterday, the lower chamber of the National Assembly summoned the Minister to appear before it over the issue.

Magu Can Only Quit if Buhari is Removed—Osinbajo