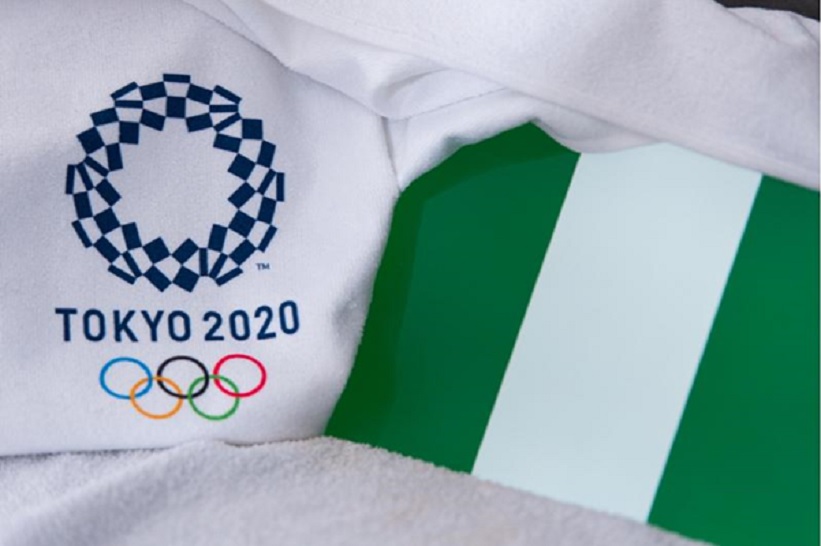 Nigeria at the Olympics: Now and in the Past

Nigeria has competed in the Olympics since 1952, but Africa’s most populous country has only a total of 25 medals to show for its efforts.

Three gold medals, ten silver, and twelve bronze medals make up the total. Read on as we run you through some of the country’s 16 Olympics performances, in which 722 competitors were the proud recipients of these awards.

Having all of the facts before you bet allows you to make an informed decision. Informed decisions give you all the ingredients for a better wager. So, when you bet with MGM, you can rest assured that they will offer you all relevant information before placing your bets.

Based on their previous performances, you’ll be able to rate the countries competing in the future Olympics. Let’s take a look at Nigeria and its Olympic history.

The Minister of Youth and Sports said that Team Nigeria’s performance in the recent Games was the “best in the last 13 years.” Minister Sunday Dare rightly believes Nigerians should be proud. Their country finished 74th on the medals table.

The minister called Nigeria’s athletes “amazing” and said the country’s 74th-place finish in the awards table was the best in many years, 13 in fact!

According to The PUNCH, Nigeria finished 68 out of 201 countries in Sydney in 2004, with two 3rd place bronze medals. However, in Tokyo 2020, the Nigerian teams placed 74th out of 205 countries, winning two bronze and a silver medal.

Blessing Oborududu earned the silver medal for Nigeria in Tokyo 2020, while Ese Brume got the bronze. Brume won her maiden Olympic award and Nigeria’s first at these games with a just shy of 7-meter long jump in the final at the Olympic Stadium.

Oborududu, an up-and-coming wrestler, won a silver medal in the women’s freestyle wrestling 68 kg division. Nigeria had not won a medal in wrestling since 1952 when the country first participated in the Olympics.

Nigeria finished 32nd at Atlanta with two gold medals, one silver and three bronze. Here’s a list of the athletes and the medals they won.

The football team claimed the gold medal, propelling them into the history books, beating the world’s favourite, Brazil. The team captain Nwankwo Kanu claimed his rightful place as a Nigerian legend.

We know Nigeria can perform but has Nigeria not performed well in the last 3 Olympic games, or are the critics unkind? Let’s look at some of Nigeria’s top moments in its sporting history and shout out these achievements.

Nigeria’s Best at Past Olympic Games

After that, Nigeria had to wait another eight years until another boxer, Isaac Ikhouria, won bronze in the light heavyweight category at the Munich Games in 1972.

The 1992 Olympic Games in Barcelona saw Team Nigeria redeem themselves by capturing three silver and one bronze medal. Boxing and athletics were also sources of these.

August 3, 1996, will live on in the minds of soccer-crazed Nigerians who celebrated their country’s historic first soccer gold medal win in Atlanta’s 1996 Centennial Olympic Games.

In the men’s heavyweight and super-heavyweight divisions, Richard Igbineghu and David Izonritei won silver medals, while the male and female relay teams won medals in the 4100m relay competitions.

At the Games in Atlanta, Georgia, in 1996, Nigeria earned two gold medals, one silver medal, and three bronze medals in unprecedented performances.

Chioma Ajunwa earned a gold medal in the country’s first-ever women’s long jump event on July 29, 1996, with her first jump.

On August 3, Nigeria’s U-23 squad won a thrilling match against Argentina. Kanu Nwankwo, the team’s captain and scorer of the historic golden goal that beat Brazil in the semi-final, was one of the team’s most well-known members. Austin Okocha, Sunday Oliseh, Taribo West, Uche Okechukwu, and Daniel Amokachi were also on the team.

At the 2000 Sydney Olympics, Team Nigeria had a mixed bag of results. The USA team of Alvin Harrison, Antonio Pettigrew, Calvin Harrison, and Michael Johnson won the 4x400m relay race ahead of the Nigerian team of Clement Chukwu, Jude Monye, the late Sunday Bada, and Enefiok Udo-Obong. Still, the IOC reallocated the gold medal to Nigeria on July 12, 2012, after Antonio Pettigrew admitted to using banned substances in 2008.

Another male football team, captained by the late Promise Isaac and managed by Samson Siasia, won silver in Beijing in 2008 after losing to Argentina due to an Angel di Maria goal.

Nigeria has never really shone at the Olympics, but they stepped up their game this year, earning them a ‘well-done’ from the country’s minister of sport.

Casino Online – Where to Begin 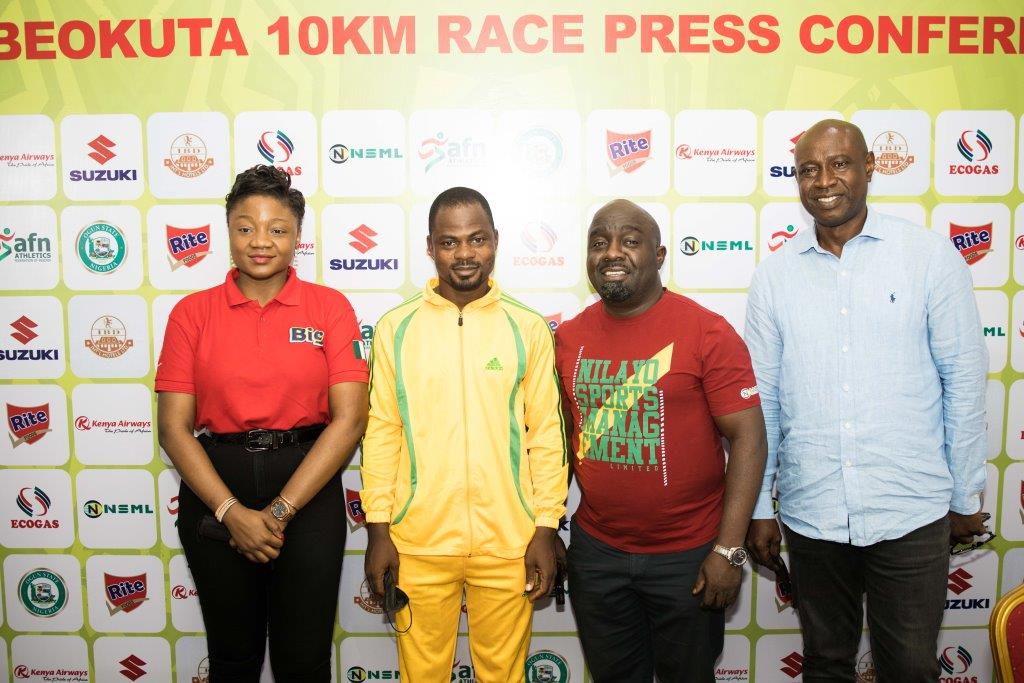 Athletes participating in the Abeokuta 10km Marathon scheduled for November 13, 2021, will be refreshed, one of the sponsors, Rite Foods Limited, has assured.

The international event, specifically for Nigerians within the country and in the diaspora will start from Oba Alake’s palace and end at the M.K.O Abiola International Stadium, Abeokuta, Ogun State.

It will have five water points at the 2.5km, 5km, 7.5km, and the finishing area, likewise two refreshing points along the route, Rite Foods, makers of the popular Bigi brand, disclosed.

It was learned that the winning prize for the elite category would be $2,000, while the first runner-up and second runner-up will receive $1,500 and $1,000, respectively.

In addition, the overall winner of the special category will go home with N500,000, while the first runner-up and second runner-up will receive N300,000 and N100,000, respectively.

Speaking ahead of the event, the Brand Manager of Rite Foods, Ms Boluwatife Adedugbe, stated that, “The Bigi Table water will be available at all water points to rejuvenate our runners.”

“As we market our products, we have to demonstrate the Bigi brands’ closeness to them; hence Bigi is sponsoring the competition,” Ms Adedugbe further said at a press conference held in Abeokuta on Tuesday, September 14, 2021.

She also noted that the company was ready for the big sporting event, adding that this year’s edition would be different because it will serve as a platform for promoting Nigerian talents that would make the nation proud at the international level.

She stated that since consumers are at the core of the Bigi brand, sponsoring a worthy initiative like the Abeokuta marathon shows Rite Foods care about their wellbeing, disclosing that the brand was the refreshing sponsor in 2019 and has taken the step further as the title sponsor for this year’s event.

He said the Ogun State government was proud to identify with the sponsors, especially Rite Foods, in creating a platform of social value that would not only build talents but also youth engagement.

“The race will not only discover budding talents but will develop them to greatness, as it is another golden opportunity for youths to engrave their names on the world map,” the Commissioner affirmed.

On his part, Mr Bukola Olopade, the CEO of Nilayo Sports Management Limited, the organisers of the race, extolled Rite Foods’ Bigi for promoting a Nigerian cause and urged other organizations to follow suit. 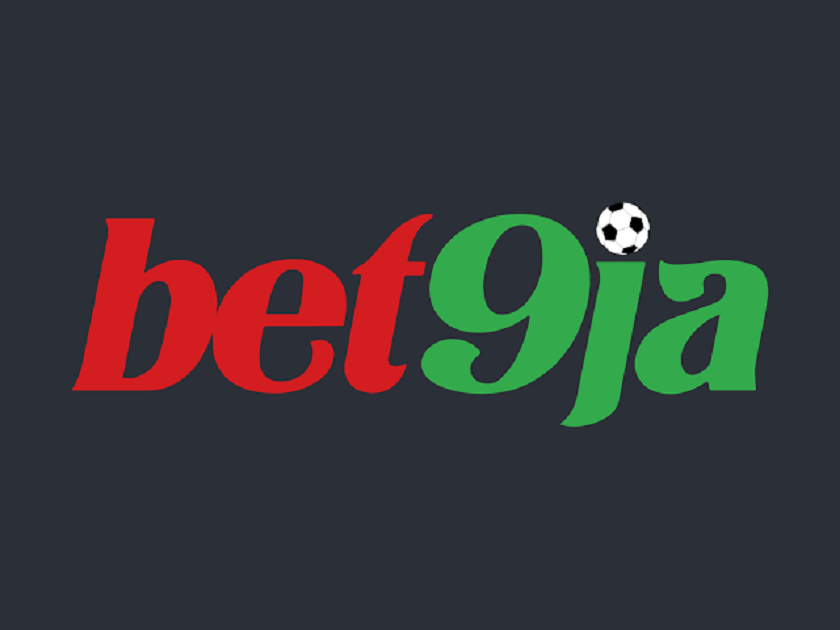 In another exciting round of news for local football, the Nigeria Professional Football League (NPFL) has sealed a sponsorship deal with the country’s foremost sport betting and gaming company, Bet9ja, for the latter to become the official supporter of the former under the betting and gaming category.

The multi-year partnership which was firmed up by the League Management Company (LMC) earlier today will officially take effect from the 2021/2022 NPFL season.

The deal will give Bet9ja the right to associate with the NPFL while participating clubs will benefit from branding placements across all match venues, events, programs of the league, as well as media channels.

With the agreement, the betting company will be featured in content across match broadcasts of the NPFL and its TV channels.

This is to help develop and popularize the nation’s football league and make it more enjoyable for fans to watch and for the clubs’ commercial rewards, while both parties achieve their mutual goals.

In the statement released on the LMC platform, it said “we are glad to have signed up Bet9ja under the betting and gaming category as one of the NPFL partners under our revamped marketing strategy.

“We are optimistic that with this landmark deal with Nigeria’s foremost betting and gaming brand and other gaming brands within our business category and sector will seize the fantastic opportunities created and key into the new NPFL project.

Expressing delight, Bet9ja was quoted in the statement as saying, “We undoubtedly appreciate the vision of the LMC towards the NPFL and happy to be part of this exciting project. Our strategy has always been to stand out and deliver excellent value to our customers and partners. This is a partnership geared towards achieving these goals and one that is built to last.”

Meanwhile, the date for the formal unveiling of the partnership is yet to be revealed along with further details of the agreement as stated by the local league governing body. 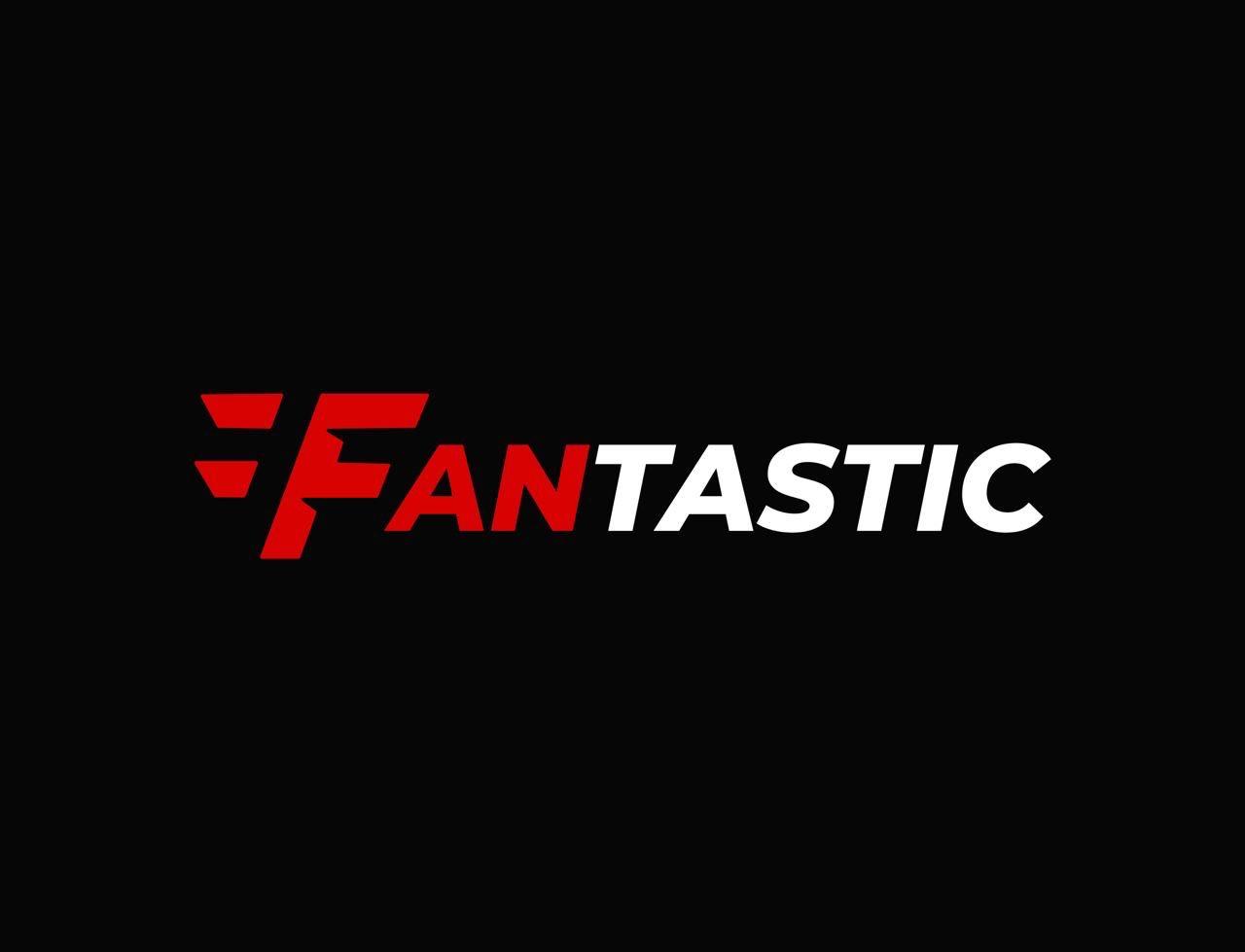 This partnership was sealed in a bid to capture a share of the $2 billion market as 60 million Nigerians regularly engage in sports betting generating billions in wagers.

Commenting on the development, co-founder of Fantastic Technologies Limited, Mr Felix Okoye, disclosed that the firm was set to convert fans of sport into fans of brands, as it will continue to connect super-engaged audiences across the continent to the thousands of brands who desire their attention.

Speaking on the deal, the Managing Director for LambWeston, Mr Victor Nwachukwu, expressed excitement to work with such a gaming platform.

“Like millions of Nigerians, Dutch people are obsessed with football so for us it was a natural fit to partner with Fantastic in order to amplify our Poundo Potato brand in Nigeria,” he stated.

Fantastic is a unique free-to-play mobile platform offering games such as predict and win, fantasy football and sports trivia.

The Nigerian gaming firm employs a Business to Business to Consumer (B2B2C) model, a business model that makes it possible for Fantastic.ng to sell their product or service in partnership with another firm to an end customer.

The firm generates revenue from users through weekly or monthly subscriptions and companies that can purchase a variety of promotional packages to engage their customers and amplify their brands.

Fantastic has attracted a variety of technology investors since its launch including serial angel investor, Olumide Soyombo of Voltron Capital and Blackaion Capital

While LambWeston is the first corporate partner to come on board, the Fantastic team confirmed they are in talks with multiple parties including one of the largest digital banks in Nigeria and a multinational brewery company.

To support its technology, Fantastic Tech recently completed the acquisition of soccer data and social networking site Sangalo. The company also received a national license from the National Lottery Regulatory Commission which will now allow it to establish the Fantastic brand across Nigeria.

The platform currently has about 10,000 registered users and has processed over two million predictions in 2021.