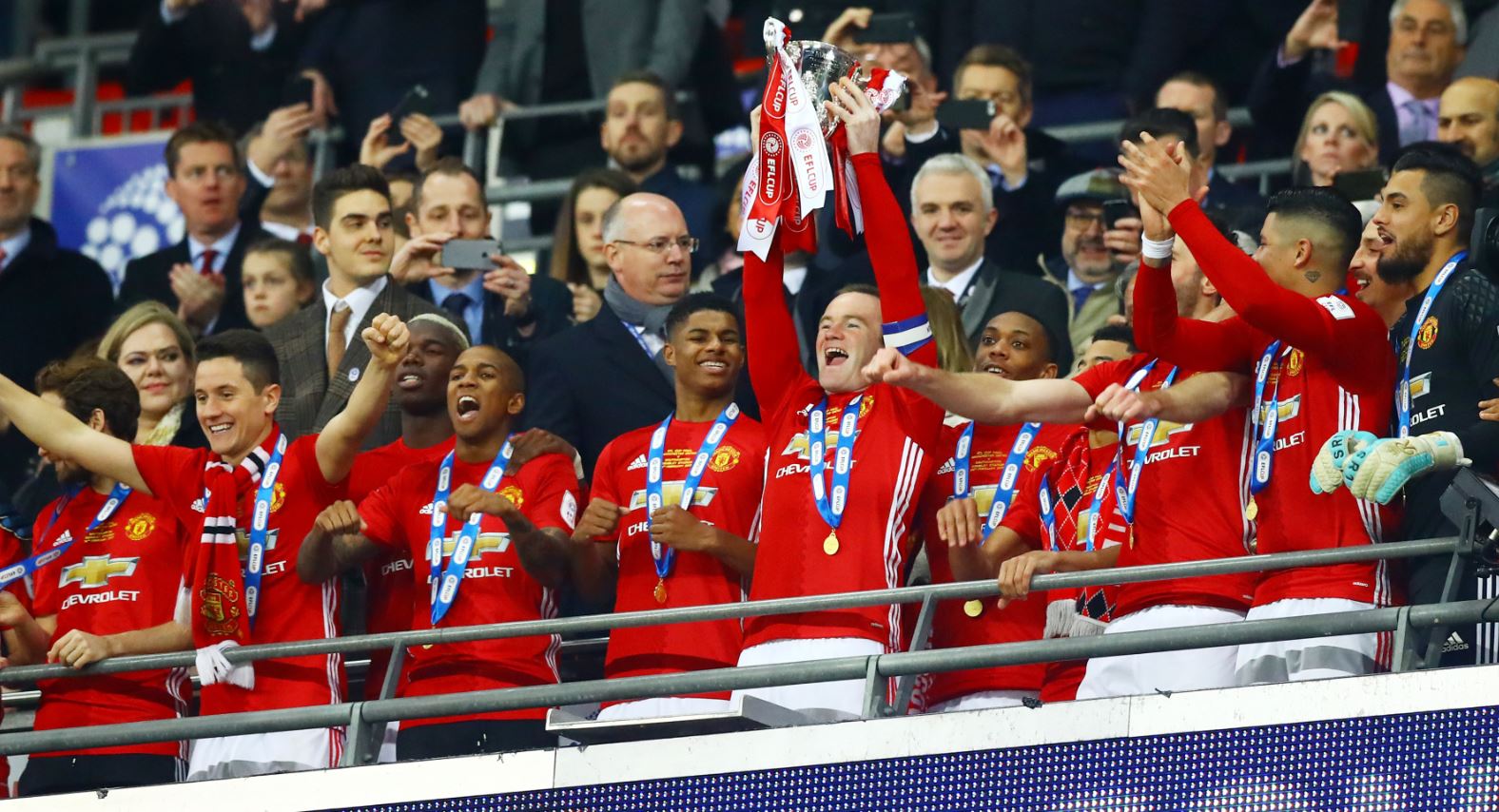 Manchester United played Southampton on Sunday evening at the Wembley Stadium in an EFL Cup final.

The Red Devils defeated the Saints by 3-2 with the big Swedish man hitting the net twice.

United, who were not fantastic, had enjoyed a 2-goal lead before Manolo Gabbiadini reduced the deficit at stoppage time.

Three minutes after the resumption of the second half, Manolo Gabbiadini struck again to level the match.

The Saints were looking to snatch the match from the Jose Mourinho’s men before the for PSG man headed the ball past Southampton goalie 3 minutes from time from Ander Herrera’s cross from the box, which he received from Anthony Martial’s cross.

The other scorer for Manchester United was Jesse Lingard, who doubled his team’s lead in the 38th minutes.