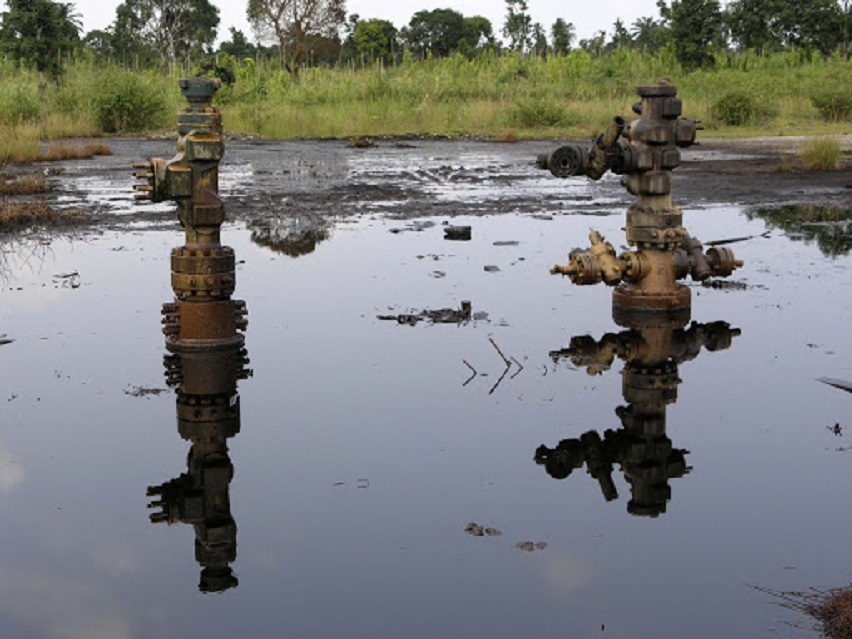 The National Oil Spill Detection and Response Agency (NOSDRA) has said four airports in Nigeria have been pencilled down for deployment of oil spill response units.

The agency noted that the fire outbreak at OVH Energy’s tank farm at Apapa in Lagos recently served as an eye-opener.

This was disclosed by the Director-General, NOSDRA, M Musa Idris, while briefing the press, adding that the agency had started this in four airports including those in Lagos, Port Harcourt, Kaduna, and Calabar.

According to him, the Minister of State for Environment, Mrs Sharon Ikeazor, had approached the aviation ministry on the need to have the oil spill response facilities at airports.

He noted that following the intervention of Mrs Ikeazor, the Minister of Aviation, Mr Hadi Sirika, ordered the Federal Airports Authority of Nigeria (FAAN) to create spaces for oil spill equipment and materials at the selected airports.

The NOSDRA boss stated that based on this and other concerns, the agency had been developing local capacity that would assist in combating oil spill and fire outbreaks in locations where oil commodities exist.

Mr Idris said, “One of the key things that we have been doing here in this agency is to ensure that we have the local capacity.

“Indeed, we are 70 per cent into an agreement with a local company that has the capacity to assist both in terms of oil spills and fire incidents.

“We have the approval and endorsement of the Minister of State for Environment, who made visits to the Federal Ministry of Aviation to seek places in four major airports in Nigeria including Lagos, Port Harcourt, Kaduna, and Calabar.”

He explained that although oil had not been found in Kaduna State, the airport in Kaduna was picked because there exists a refinery in the state and the airport could be used to move oil commodities.

“Having consulted with the Minister of Aviation, he (Sirika) has given directive for FAAN to allocate spaces for us in those airports for an aircraft hangar, as well as warehouses to store and stockpile oil response equipment and materials,” Mr Idris stated. 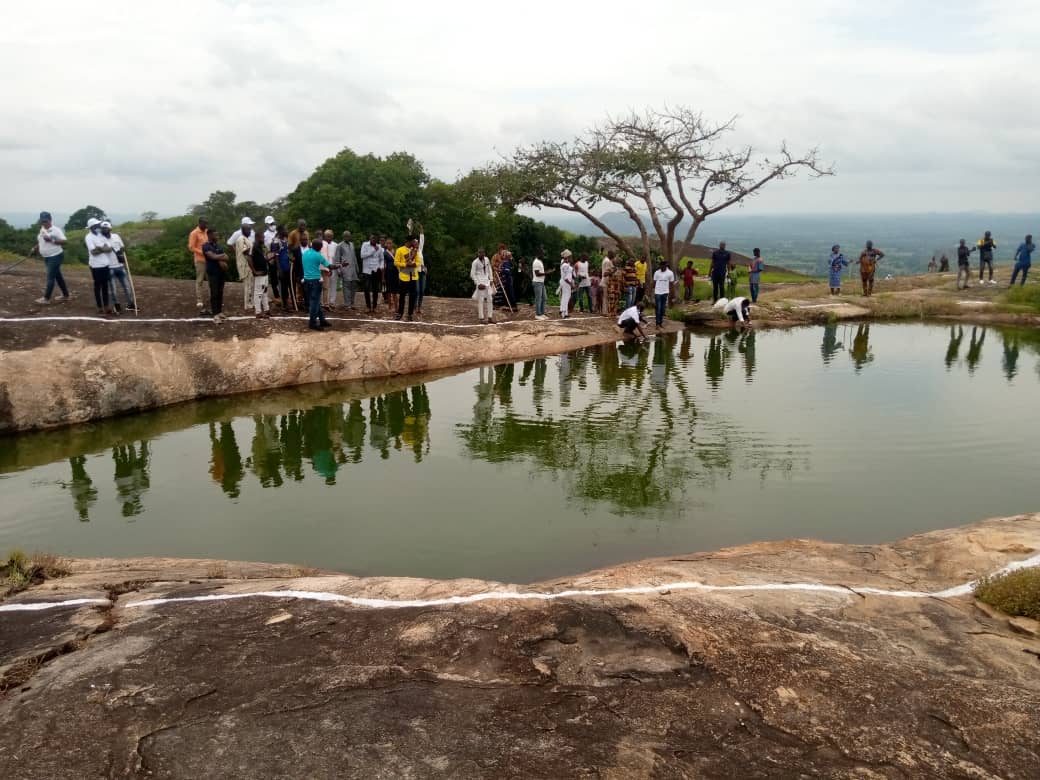 Tourism recovery accelerated to reach 65 per cent of pre-pandemic levels, the World Tourism Organisation (UNWTO) has revealed. This is an estimated 700 million tourists travelled internationally between January and September.

This equates to 63 per cent of 2019 levels and puts the sector on course to reach 65 per cent of its pre-pandemic levels this year, in line with UNWTO scenarios. Results were boosted by strong pent-up demand, improved confidence levels, and the lifting of restrictions in an increasing number of destinations.

Highlighting the speed at which the sector has recovered from the worst crisis in its history, the latest World Tourism Barometer from the agency reveals that monthly arrivals were 64 per cent below 2019 levels in January 2022 and had reached -27 per cent by September. An estimated 340 million international arrivals were recorded in the third quarter of 2022 alone, almost 50 per cent of the nine-month total.

Europe continued to lead the rebound of international tourism. The region welcomed 477 million international arrivals in January-September 2022 (68 per cent of the world total), hitting 81 per cent of pre-pandemic levels. This was more than double that of 2021 by 126 per cent, with results boosted by strong intra-regional demand and travel from the United States. Europe saw a particularly robust performance in Q3 when arrivals reached almost 90 per cent of 2019 levels.

At the same time, the Middle East saw international arrivals more than triple, by 225 per cent year on year in January-September 2022, climbing to 77 per cent of pre-pandemic levels.

China, a key source market for the region, remains closed due to surging COVID-19 cases.

Several subregions reached 80 per cent to 90 per cent of their pre-pandemic arrivals in January-September 2022. Western Europe (88 per cent) and Southern Mediterranean Europe (86 per cent) saw the fastest recovery towards 2019 levels.

In the month of September, arrivals surpassed pre-pandemic levels in the Middle East (+3 per cent over 2019) and the Caribbean (+1 per cent) and came close in Central America (-7 per cent), Northern Europe (-9 per cent) and Southern and Mediterranean Europe (-10 per cent).

The recovery can also be seen in outbound tourism spending from major source markets, with strong results from France, where expenditure reached -8 per cent through September, compared to 2019. Other markets reporting strong spending in the first six to nine months of 2022 were Germany, Belgium, Italy, the United States, Qatar, India, and Saudi Arabia.

Looking ahead, the challenging economic environment, including persistently high inflation and soaring energy prices, aggravated by the Russian offensive in Ukraine, could weigh on the pace of recovery in Q4 and into 2023.

The latest survey among the UNWTO Panel of Tourism Experts shows a downgrade in confidence levels for the last four months of 2022, reflecting more cautious optimism. Despite growing challenges pointing to a softening of the recovery pace, export revenues from tourism could reach $1.2 to $1.3 trillion in 2022, a 60-70 per cent increase over 2021, or 70-80 per cent of the $1.8 trillion recorded in 2019. 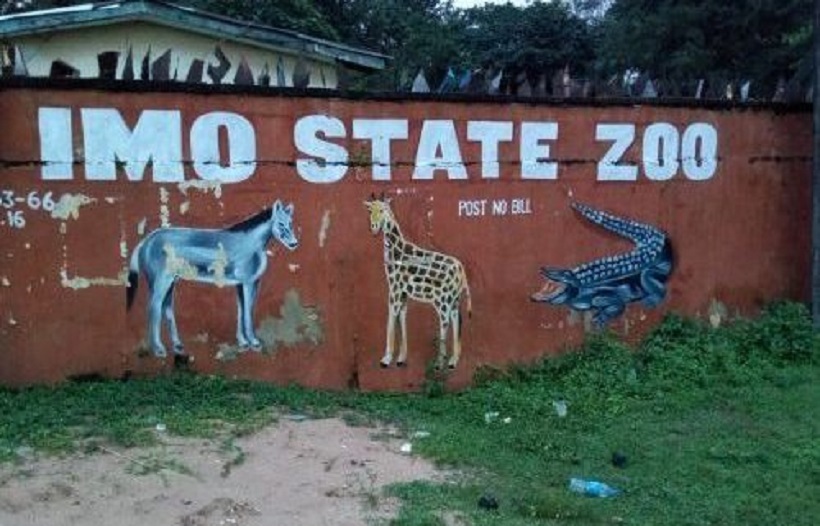 The Nigerian Association of Zoological Gardens and Wildlife Parks (NAZAP) has said the alleged plan to close the Imo State Zoo in Nekede would negatively affect conservation education, research and tourism in Nigeria.

In a statement, the group advised Governor Hope Uzodinma of Imo State to reconsider this decision, saying it would send the wrong signal to the global community, especially after he promised during the 2020 World Wildlife Day commemoration in Owerri, Imo State, that his administration would upgrade the facility to international standards.

It has been rumoured that the Imo State Zoo would be shut down, and efforts by NAZAP to prevent this have been futile.

In the statement made available to Business Post, the association expressed dismay at the action, saying it was not consulted as a critical stakeholder in the sector.

NAZAP described the Imo State Zoo as one of the thriving zoos in the country, noting that its closure will be like a policy somersault.

“The Imo State Zoo is a key member of NAZAP and amongst the earliest that blazed the trail in national zoo development. Its in-situ conservation scheme is registered amongst international conservation stakeholders, both in the index of liveable cities, climate change and in the aspects of sustainable development,” the group stressed.

“We will be saddened by this turn of event, if true, especially as the zoo is now the only surviving zoo in the South East of Nigeria,” it added.

NAZAP further disclosed that, “Bringing closure to this facility, as being alleged, will be a costly narrative for conservation education, research and tourism in Nigeria, in view of the zoo’s status as a major facility for field practical training of students, renewable natural resource, environmental, ecological and biological sciences centre.”

“NAZAP has thus advanced the option of encouraging pertinent partnerships with prospective private sector investors in ensuring the zoo’s overall development and sustainability,” it stated.

“However, in the event of any properly planned relocation of any zoo, the intended new location is meant to be fully developed before the animals are translocated.

“In contemplating the movement of a large number of animals, many of which are on the threatened or endangered list, the strategic and technical inputs of several agencies such as NESREA, VCRN, WISON and the National Park Service, including NAZAP should be factored,” the organisation stated.

It warned that “there is every need for such exercises as zoo closure to be appropriately guided to guard against untoward logistical or ecological eventualities.”

“It is in the light of the above relevant circumstances that we advise that the state government initiate the required protocols of engagement with the above-stated professional stakeholders if indeed the closure of such a facility is contemplated,” NAZAP declared. 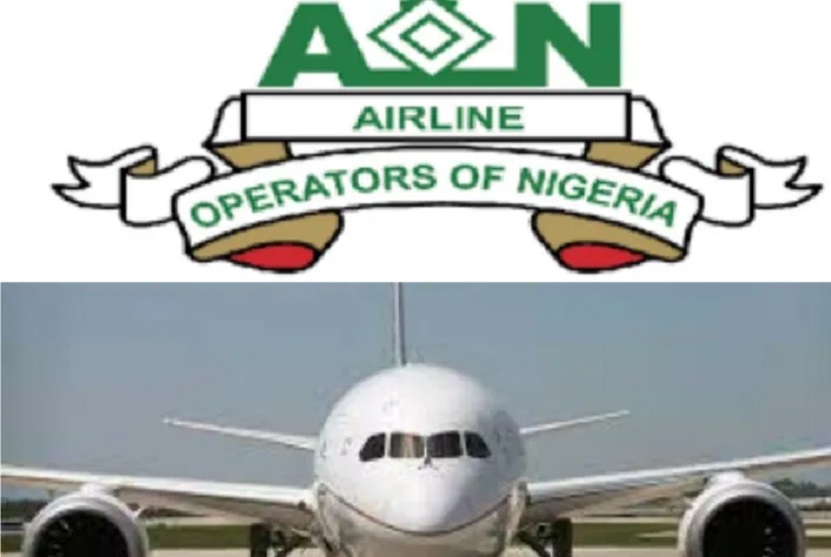 The Nigerian Meteorological Agency (NiMet) has alerted airline operators that the dry season would witness the influx of birds to the affected states, which according to it, might cause bird strikes in the airspace.

During the dry season, the agency explained that there could be increased chances of bird strikes due to the influx of migratory birds. This constitutes a hazard to flight operations.

Consequently, NiMet warned the public of the possible commencement of the dry season, otherwise called the harmattan season, in most parts of the north.

In a statement by its spokesman at the weekend, Mr Muntari Ibrahim, the agency issued warnings about potential bird strike occurrences, flight delays, and cancellations as harmattan begins in most parts of the country.

The statement said: “It is following weather report of observed movement of dust plumes from the source region (Niger and Chad ) where dust-haze and haziness, in relatively low visibility values, are expected into the county within the next 24 hours,

“In the next 24 hours, there are good prospects of dust haze (in moderate horizontal visibility, 2000m – 5000m) over Maiduguri, Yobe, Katsina, Kano, Kaduna, Gombe, Bauchi and Jigawa States, while other northern states (including North-central) could report sunny and hazy (visibility of 5–7km).

“It is expected that this weather condition will persist for the next 3 days. Worthy of note is the observed gradual increase of the Day-Time Temperature.”

It noted that the weather would be characterised by dust particles, harmattan cold, especially at night, high day-time temperature values, fog occurrences, hazy conditions, and associated health-related risks such as meningitis, respiratory illnesses, and more.

As the dry season begins, the agency advised stakeholders and, indeed, the general public that in places where dust haze would impair visibility, motorists should drive cautiously.

“People with respiratory issues should apply necessary caution, especially for outdoor activities. Airline operators are also advised to get updated weather reports from NiMet offices for effective planning of their operations, stressing that with warmer temperatures, there are higher chances of clear air turbulence.

“Hot weather results in the longer distance on the runway to generate enough lift for flight take-off. This increases the fuel consumption and requires adequate planning by operators,” the statement said.

“Motorists are also advised to adhere to recommended tyre pressure by the manufacturers, especially during the hot days to safeguard against tyre bursts.

“With reduced visibilities, flight delays or cancellations, in compliance with safety regulations may not be unexpected,” it added.

“Beyond this period, between the end of the rainy season and the beginning of the next rainy season, is the dry season, which is what is unfolding.”

Also, the Nigerian Meteorological Agency assures the public that it will keep track of the changes in weather and provide updates when necessary.