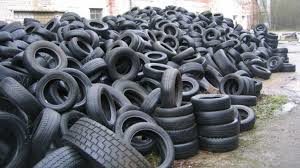 Consumers of automobile tyres across the country have been informed to be extra cautious in making purchases.

This warning was given by the Standards Organisation of Nigeria (SON), which claimed to have has uncovered a dangerous trend by some tyre importers and dealers tampering with the date of manufacture to deceive consumers.

The agency, in a statement from its Director General, Mr Osita Aboloma, said classified information from a sister security outfit and complaints from consumers have assisted SON to uncover the ungodly act of some unpatriotic Nigerians in their bid to make profit at the expense of the lives of their fellow citizens.

Mr Aboloma disclosed that dates of manufacture inscripted on tyres were being altered to deceive consumers that the tyres have longer life span with a view to making excessive profits thereby putting the lives of users in danger.

He advised Nigerians to pay greater attention to the inscription of dates of manufacture on tyres to be able to discover those that may have been altered and report such to SON promptly.

The dates, according to him, are usually in four numerical digits indicating month and year of manufacture.

The DG advised tyre users to henceforth demand that dealers indicate the dates of manufacture of the tyres on receipts whenever they are making purchases to make them liable for whatever they sell and further promote consumer protection.

On the tyres that have been apprehended, the SON helmsman stated that investigations are still on-going while samples of the tyres have been sent for laboratory tests and analysis.

Mr Aboloma promised to ensure the prosecution of all those found to be involved in the dangerous activity in the interest of the populace and to serve as deterrent to other unscrupulous importers, adulterators and distributors of substandard products generally.

Related Topics:SON dangerous tyres
Up Next