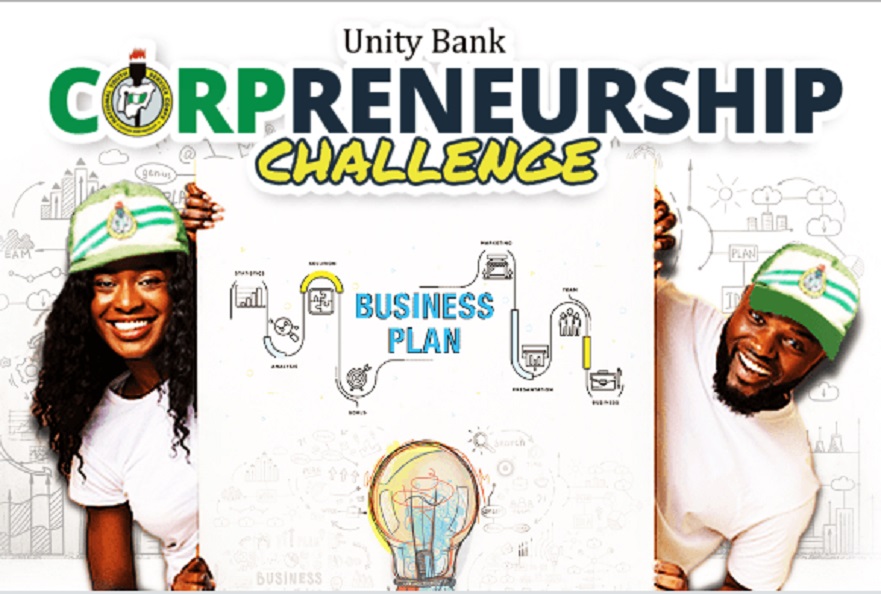 A business grant of N10 million is available for members of the National Youth Service Corps (NYSC) service in various states across Nigeria.

The funding package is being provided for by Unity Bank Plc through its flagship entrepreneurial development initiative, Corpreneurship Challenge.

The scheme is in its eighth edition this year and will benefit corps members across 10 locations in the country, including a debut in Delta and Rivers States.

Recall that in 2019, the retail lender commenced the Corpreneurship Challenge scheme in Abuja, Lagos, Edo and Ogun States but with the increasing traction among corps entrepreneurs, the bank has now expanded the programme to 10 states across the federation.

The first expanded edition covered Lagos, Ogun, Abuja, Edo, Katsina, Enugu, Bayelsa, Akwa Ibom, Sokoto, Kano and Kaduna and this year, it will hold for the first time in Rivers and Delta as well as making a return to Sokoto, Edo, Abuja, Akwa-Ibom, Osun, Kano, Bayelsa and Enugu.

The Corpreneurship Challenge, which has earned the financial institution national recognition for its impact on youth empowerment and job creation, has continued to elicit growing interest among the corps members, attracting over 2000 applicants and participation in every edition.

In partnership with the NYSC Skill Acquisition and Entrepreneurship Development (SAED), the initiative prominently features a business pitch presentation that provides the participants with the opportunity to present their business plans and stand a chance to win up to N500,000 cash in the business grant.

Previous editions saw participants pitching business plans from several sectors including software solutions, fashion, fish production, poultry farming, bee farming, retail chains, and piggery to beverages which were assessed based on originality, marketability, and future employability potential of the product and knowledge of the business.

So far, Unity Bank has invested over N100 million in the initiative which has now produced 58 winners since it was launched.