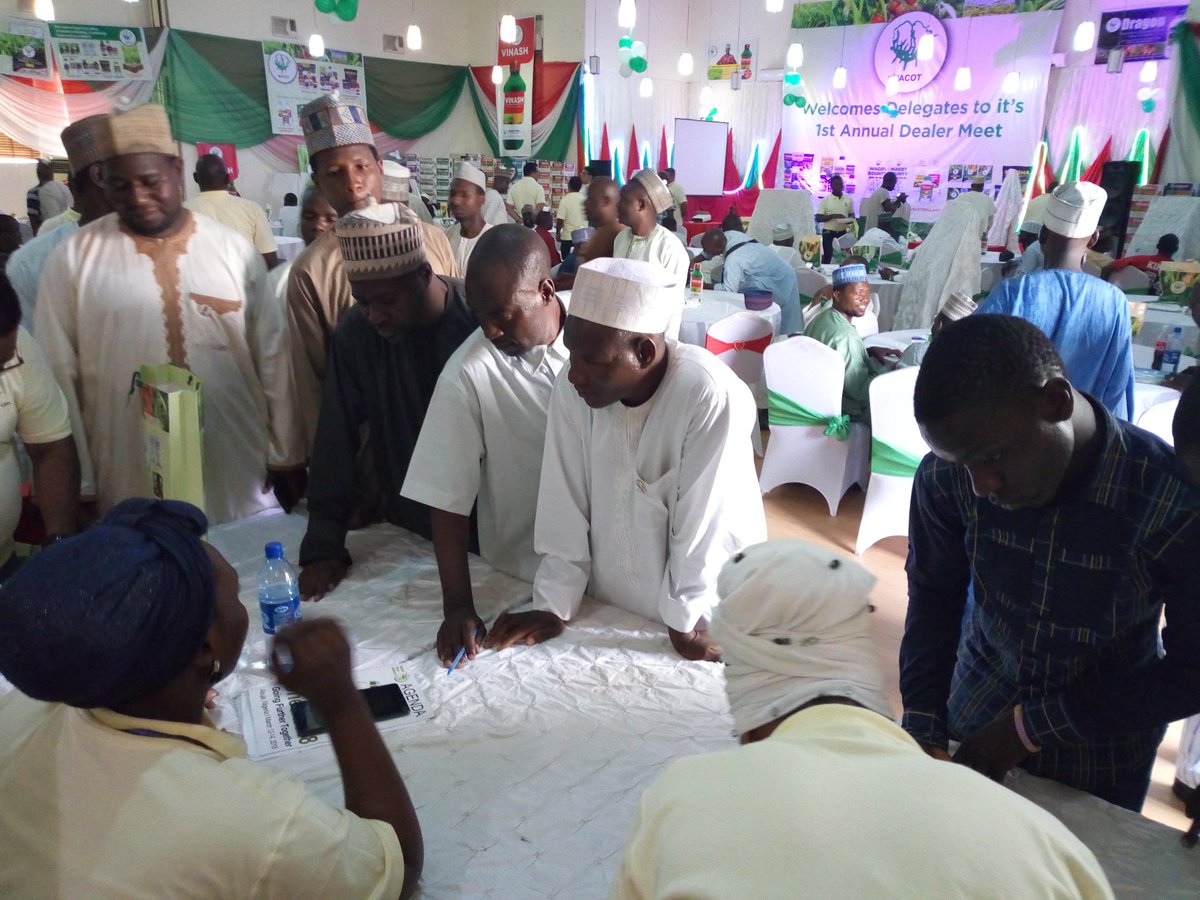 Dealers of WACOT Limited, a member of the TGI Group, has rewarded some of its top dealers across the country for their patronage.

This is part of the company’s commitment to engaging and adding value to its stakeholders. It was gathered that the firm recently engaged the dealers during its first Dealers Meet held in four locations across the country.

The last of the four-part meetings was held in Central Hotel Kano, on Thursday, April 19, 2018. The first three which were held in Ibadan, Abuja, and Gombe in the preceding weeks, was a gathering of the company’s Agro-Inputs dealers, who stated that the quality and performance of WACOT’s products in the market is the major reason why they deal with WACOT.

The rewards for the dealers in various categories ranged from motorcycles, television sets, refrigerators to a brand new car for the grand prize. In Gombe, due to a tie in the performance, two grand prizes were given out.

Speaking at the meeting in Kano, Mr Sadiq Kassim, GM Corporate Affairs, TGI Group (parent company of WACOT) said: “We pride ourselves in being able to engage our stakeholders at every level, and our dealers are not left out of this. While the rewards are a way of us giving back to them and encouraging them, the joy for us is being able to sit in a room with them to hear directly from them how our products are doing in the market, and ways in which they want us to improve”.

The company also used the opportunity to introduce the revamped packaging of all its products which now have a more pronounced outlook for easier brand recognition, and unveil the redesigned VINASH, the company’s flagship agro-chemical which is a household name among Nigerian farmers.

Commenting at the launch, the MD of WACOT, Mr Ujwal Senapati, reiterated the company’s commitment to delivering only quality inputs saying “our goal is to make the packages more user-friendly, tamper-proof and easy to identify, especially in a market where counterfeiting is rife. More importantly, our strategy is to brand and promote the products in such a way that it makes sales easier for our dealers.”

“We are also using this opportunity to recognize our sales team in our branches across the nation. Without them, none of these would have been possible. Our people are our biggest assets and we will continue to appreciate their efforts in every way we can,” added Mr Senapati.