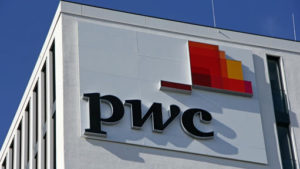 A research carried out by PwC has revealed that 91 percent of CEOs in Africa are confident about their own companies’ growth prospects in the medium term.

CEO for PwC Africa, Mr Hein Boegman, described this as the “highest level of confidence since we started our research on CEOs in Africa in 2012.”

This revelation comes despite the current economic and socio-political uncertainty in the continent.

Speaking at the World Economic Forum on Africa 2017 in Durban on the challenges and opportunities facing Africa’s CEOs, Mr Boegman said one of the reasons why Africa CEOs are positive is that they tend to look to the upside and seize on the opportunities uncertainty brings.

Facing a climate of muted growth at best, CEOs recognise that while they focus on organic growth and cost reductions, they also need to prioritise investment in strategic alliances and joint ventures to expand their markets and grow their customer bases.

Despite the level of optimism for growth, CEOs are concerned about uncertain economic growth and the impact this will have on their business, he said.

“The returns for doing business on the continent are high, but so are the risks. Africa’s CEOs are operating in difficult times – infrastructure on the continent remains a challenge, finding and retaining the right talent for their businesses, dealing with many of the hurdles that come with working with governments, and managing growth plans across the continent,” Mr Boegman comments.

According to him, given the major changes we are currently seeing in the world – such as the recent US elections and the UK’s vote to leave the EU – a key feature of the current environment is just how difficult it is to read.

He argued that a single event can trigger a need for wholesale strategic changes. A case in point is the recent political and policy uncertainty in South Africa, and more particularly the recent downgrade in the country’s sovereign debt to junk status. Exchange rate volatility, an increasing tax burden, social instability resulting from inequality, and corruption remain problems in many countries.

Also, CEO for PwC Southern Africa, Dion Shango, remarked that, “It is no longer enough for business leaders to steer their organisations through a complicated and challenging environment – they will need to adapt swiftly to change.”

Shango noted that CEOs will need to focus on their business strategies and processes and will be expected to play a part in the broader community. CEOs will also need to consider the changing expectations and demands of current and future stakeholders.

“For CEOs, their customers, government and competitors have a big influence on business strategy. Understanding their needs and working towards addressing them can help build trust, maintain reputation and lend a licence to operate,” Shango opined.

On the other hand, changes in regulation can also prompt strategic developments in business.

Eriksson points out that regulatory change in Kenya has helped the country’s financial services sector to pay more attention to its customers. A number of multinational companies have also committed to building capacity and improving transparency and regulatory frameworks through engagement with government. “Where there has been progress, economies have benefitted and the result is more inward investment, innovation and organic growth.”

Notwithstanding the slowdown, Africa is also experiencing a number of advances economically and socially. There are significant trends that could offer new opportunities and benefits for businesses, governments and the population. In the past year, global megatrends such as demographic change, increase in urbanisation, shifts in global economic power and technological innovation are favourable to development on the continent.

Across all sectors, the pace of innovation in Africa is driving greater collaboration and convergence. A number of multinational companies have committed to building capacity and improving transparency and regulatory frameworks through engagement with governments.

Where there has been progress, markets have benefitted and the result is more inward investment, innovation and growth. But in order to grow and expand to its potential, Africa will need to face the political and economic repercussions of climate change, as well as safety and political instability in some areas.

“The business leader of today must deliver seamless strategy and operational excellence. Africa’s CEOs will need to overcome a number of challenges to truly transform their organisations. In the process, business needs to recognise and manage its responsibilities and dependencies,” Boegman concludes.