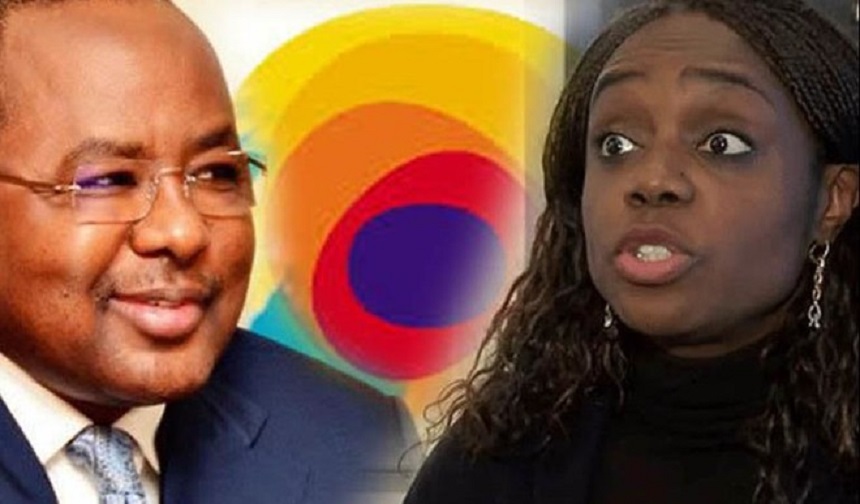 Erstwhile Director General of the Securities and Exchange Commission (SEC), Mr Mounir Gwarzo, has disclosed that Minister of Finance, Mrs Kemi Adeosun, has no right to suspend him from office.

Mr Gwarzo made this known on Tuesday at the investigative panel set up by the House of Representatives Committee on Capital Market and Institutions to look into his suspension by the Minister in November 2017.

The former SEC boss was removed from office alongside two other senior officials of the capital market regulatory agency.

He was accused of paying himself the sum of N104 million as severance package after he was appointed as the DG of the capital market regulator in 2015 by former President Goodluck Jonathan following the resignation of the former occupier of the seat, Ms Arunma Oteh.

Also suspended were the Head of Legal Department at SEC, Mrs Anastasia Omozele Braimoh, and Head of Media in SEC, Mr Abdulsalam Naif Habu, who were both alleged to have received contracts from the commission through their companies.

Mrs Adeosun had set up an Administrative Panel of Inquiry (API) to investigate and determine the culpability of the Director-General and explained that Mr Gwarzo’s suspension was to allow unhindered investigation of fraud allegations levelled against him.

But speaking at the panel yesterday, the embattled SEC chief said Mrs Adeosun cannot punish him because only the board of the commission has such powers.

At the moment, the regulatory agency has no board because President Muhammadu Buhari is yet to constitute one despite call for such.

Mr Gwarzo said it was totally wrong for the Minister to suspend him based on the Public Service Rules (PSRs) 03405 and 03406 as the commission was not a “public service.”

But the Minister countered him, saying his suspension was in the right order.

According to Mrs Adeosun, the Investment and Securities Act empowers her as the Minister of Finance to act in absence of the board.

“Mr Mounir was suspended in accordance with the public service rule. The suspension is in line with the Public Service Rules (PSRs) 03405 and 03406.

“In absence of the board, the Minister has the power to suspend the Director General (of SEC). We have not gone outside the context of the law in suspending the DG,” Mrs Adeosun told the lawmakers.

Speaking further, the embattled SEC chief said his suspension was propelled by his refusal to stop a forensic audit of Oando Plc, which was accused of financial misconduct by one of its major shareholders, Mr Dahiru Mangal.

Mr Gwarzo accused the Minister of having special interest in Oando Plc and Oasis Insurance Company.

“I was removed from office because I refused to discontinue the forensic audit of Oando Plc, which the Minister has interest in,” he alleged.

“It is mischievous to link the matter to Oando,” the Minister replied, emphasising that her action was mainly to “instilled confidence in the capital market, and made clear to investors that Nigeria takes seriously the issue of integrity, and that their funds, which we have worked hard to attract, are safe.”