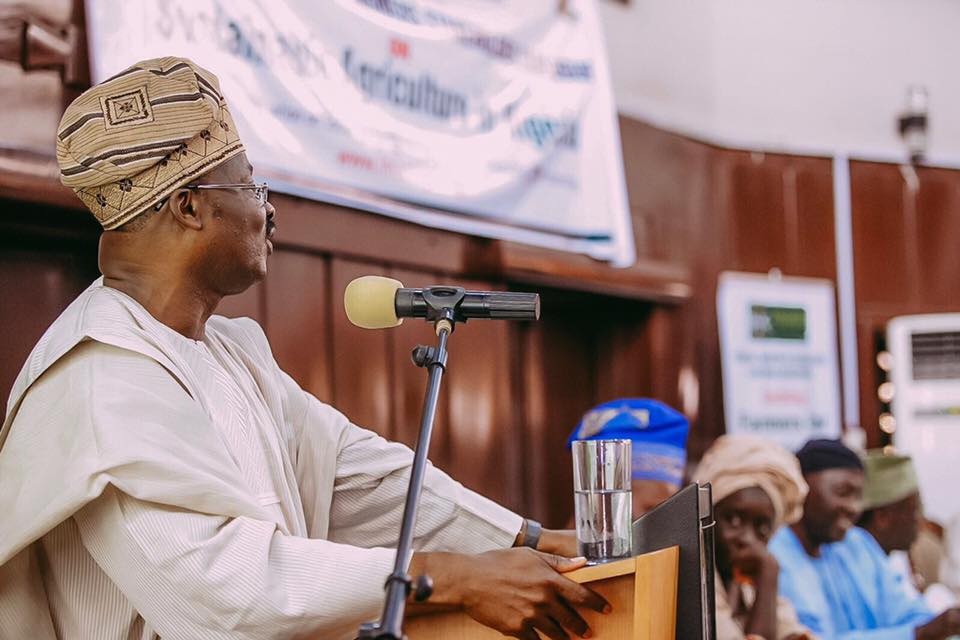 About 18 billion has so far been disbursed to owners of Small and Medium-sized Enterprises (SMEs) in Oyo State.

The amount, according to the Managing Director of Bank of Industry (BoI), Mr Olukayode Pitan, is part of the N20 billion earmarked for the expansion small businesses in the state.

Mr Pitan described Oyo State as very vital to the lender due to its proximity to Lagos, the country’s business capital.

Speaking during a visit to Governor Abiola Ajimobi on Tuesday in Ibadan, the BoI chief said, “Oyo State is very dear to the heart of our organization due to its centrality to Lagos, which is an African commercial nerve centre and for the rest of the country. So, we are supporting a lot of industries in Oyo State.”

According to him, the remaining N2 billion would be given to other small business owners yet to access the fund.

“Out of the N20 billion approved for the state, N18 billion had been disbursed to beneficiaries in the SMIs. The balance of N2 billion is yet to be disbursed.

“This gesture is solely because of the importance of Oyo State as the gateway between Lagos, and the Southern and Northern Nigeria.”

Mr Pitan said the giant stride of the current administration in Oyo State was obvious to all in the areas of physical infrastructure, urban renewal and industrialization.

“You are a builder and we want to build Oyo State with you,” he assured the Governor.

In his remarks, Governor Ajimobi said, “The position of Oyo State in geographical, historical and commercial dominance in the past was overtaken by other states due to the neglect of SMIs.

“But, since our coming, we have been working hard to harness the potential of the state in order to restore the lost glory.”

He said, “The present development in Oyo State was premised on security, social infrastructure and industrialization. We believe in using technology to turn things around. This is why we established the Free Trade Zone, Technical University and other technical corridors.

“This is the area we believe your bank’s intervention is mostly needed and useful. Lack of middle-level manpower in Nigeria, which has become an economic albatross, is where your bank can come in and assist investors.

“Also, in the area of agriculture Oyo State is known to be a major producer of cashew nuts. Today, agriculture is the only venture in which political office holders are also allowed to invest, according to the constitution. So, we want you to devote more funds to this as well.”

The Governor promised to support the financial institution established to assist industries in the country.