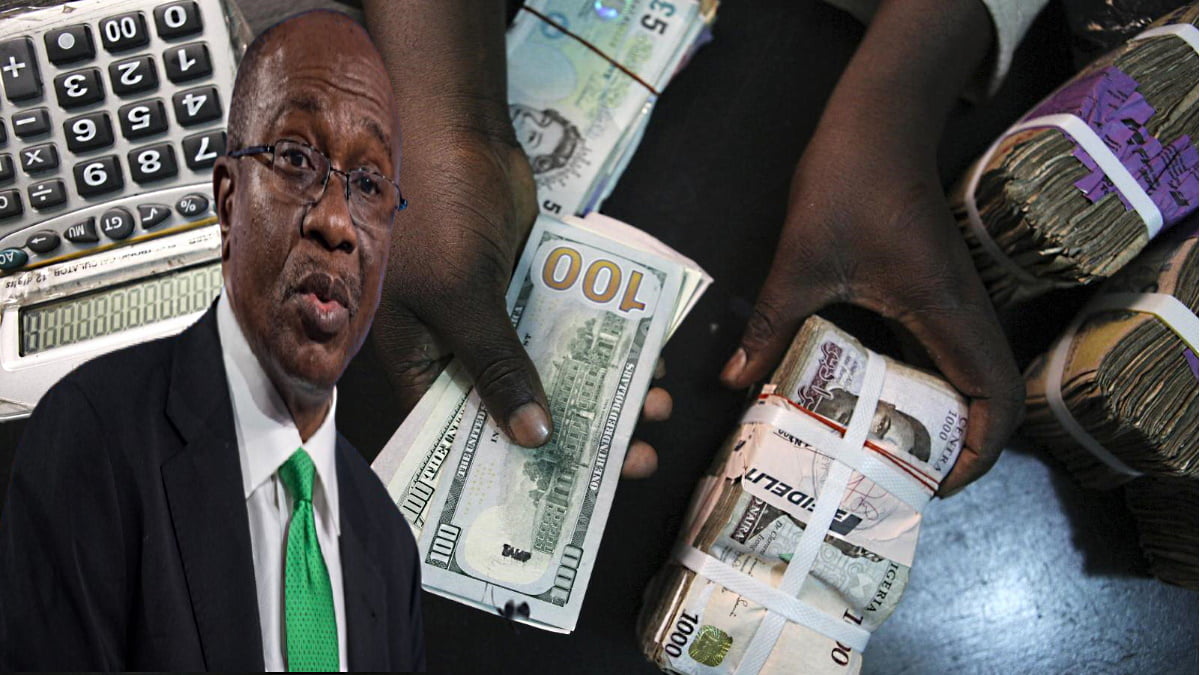 The Central Bank of Nigeria (CBN) has again denied rumours making the rounds that it plans to convert foreign exchange (FX) in domiciliary accounts of customers to Naira.

A statement issued on Saturday by the Director of Corporate Communications, Mr Osita Nwanisobi, described the social media rumours as false and aimed at “impugning the integrity of the CBN” and possibly cause a “panic in the foreign exchange market.”

According to the apex bank, it “has not contemplated, and will never contemplate, any such line of action,” urging members of the public to disregard the news “and go about their legitimate foreign exchange transactions.”

The CBN said it has involved the appropriate authorities to look into the matter with the aim of bringing those behind the rumours to book and have the culprits “sanctioned accordingly.”

It, therefore, warned those using its logo to cause confusion to desist from such as the long arm of the law would grab them and have them pay for it.

Nigeria has been battling with the forex crisis and this is putting pressure on the Naira at the market. On Friday, the local currency depreciated by N5 against the Dollar at the parallel market to trade at N545/$1.

This is triggering rumour that in order to solve the FX shortage, the central bank may have to convert the FX in the domiciliary accounts to Naira.

Below is the full statement of the CBN;

The attention of the Central Bank of Nigeria (CBN) has been drawn to a fake circulation, in social media circles, of a circular with a fake CBN logo curiously dated 13 September 2021, and purportedly issued by its Trade and Exchange Department to the effect that all Deposit Money Banks, International Money Transfer Operators (IMTOs) and members of the public are to convert domiciliary account holdings into naira.

We wish to reiterate that the Bank has not contemplated, and will never contemplate, any such line of action. The speculation is a completely false narrative aimed at triggering panic in the foreign exchange market.

It will be recalled that the Bank had previously assured members of the public that there was no plan whatsoever to convert the foreign exchange in the domiciliary accounts of customers into Naira in order to check the purported shortage of availability of the United States dollars.

Operators of domiciliary accounts and other members of the banking public are therefore advised to completely disregard these fictitious documents and malicious rumours, and go about their legitimate foreign exchange transactions, as we have no doubt that these rumours are only aimed at impugning the integrity of the CBN and activating chaos in the system.

The public should note that any circular issued by the Central Bank of Nigeria (CBN) is posted on its website (www.cbn.gov.ng) for the attention of the general public.

We also wish to warn corporate bodies and members of the public against the unauthorized use of the Bank’s logo for any purpose whatsoever. We have drawn the attention of appropriate authorities to this and culprits will be sanctioned accordingly.

Investors Trade 1.4 billion Shares Worth N13.1bn in One Week