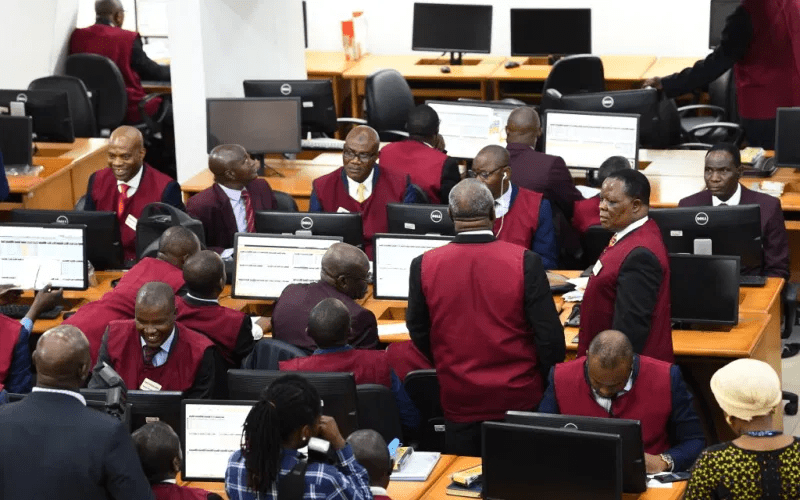 A total of 1.4 billion shares worth N13.1 billion were traded last week by investors in 19,315 deals on the floor of the Nigerian Exchange (NGX) Limited, data obtained by Business Post showed.

The turnover recorded at the exchange last week was more than the 1.3 billion stocks worth N8.7 billion transacted at the preceding week in 19,830 deals.

The turnover was driven by trades around FBN Holdings, Access Bank and Wema Bank, which accounted for 626.8 million units valued at N4.5 billion in 2,802 deals, contributing 43.95 per cent and 34.10 per cent to the total trading volume and value respectively.

A further breakdown showed that financial stocks led the activity chart with 1.1 billion shares valued at N8.2 billion traded in 10,700 deals, contributing 79.68 per cent and 62.73 per cent to the total trading volume and value respectively.

Oando was the best-performing stock in the five-day trading week for rising by 14.00 per cent to N4.64 and was trailed by FTN Cocoa, which gained 11.11 per cent to sell at 50 kobo.

Conversely, Cornerstone Insurance finished the week as the worst-performing stocks with a loss of 15.79 per cent to trade at 48 kobo.

At the close of the trading week, the All-Share Index (ASI) and market capitalisation depreciated by 0.86 per cent to 38,921.78 points and N20.279 trillion respectively.

All other indices finished lower with the exception of consumer goods, oil/gas and sovereign bond indices, which appreciated by 0.18 per cent, 2.28 per cent and 0.26 per cent respectively, the ASeM, industrial goods and growth counters closed flat.

Related Topics:1.4 billion sharesinvestors
Up Next