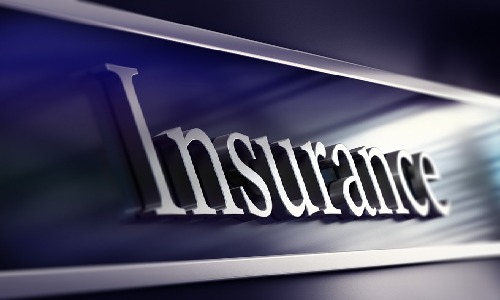 A report for the insurance industry for 2017 has been released by Agusto & Co, a rating firm based in Nigeria.

In the report, Agusto & Co noted that the role of insurance in the Nigerian economy cannot be overstated and that its strategic importance in underwriting business and individual risks is evident in an estimated gross premium income (GPI) of S58;356 billion generated by the insurance industry in 2016, reflecting a 10 percent growth over FY2015.

The agency said it projects a moderated growth rate of 8 percent on account of the recession which is expected to have significant impact on major business lines in 2017.

It also estimates that 28 percent of the Industry’s GPI was paid out as claims in 2016, helping businesses and individuals recover from losses quickly.

The insurance industry is a major contributor to economic growth and development as premiums collected are invested in banks and deployed to fund government projects, the report said.

In 2016, the Nigerian insurance industry invested an estimated S58;178 billion in the banking industry as placements & deposits and held Treasury instruments of over S58;270 billion.

“We expect increased investments in government securities in 2017 as Insurers take advantage on higher interest rates,” the report said.

Opportunities in the Insurance Industry abound as the Industry’s penetration rate stood at 0.4 percent in 2015.

Insurance density rate which measures GPI as a proportion of population is $8.3 compared to Kenya’s $36.4 and South Africa’s $970.8.

It said going forward, evolving risks such as job losses, cyber risks among others will offer prospects for the development of new insurance products.

“We expect increased government spending in the near term which will support GPI growth.

“In addition, micro insurance- which allows people purchase insurance cover in small daily premiums payable using mobile phones- is expected to gain traction in the near term with insurers using various avenues to reach the uncaptured market,” the report said.

“The current inflationary pressures have an upside on the Industry’s investment portfolio performance as interest rates soar to overcome rising inflation and negative returns on investments.

“We expect these positives to offset the negatives in the industry; therefore, we attach a stable outlook to the Insurance Industry. The industry will also benefit from a probable devaluation and continued growth in life business in 2017,” it added.

Like most other Industries operating in Nigeria, the Insurance Industry was adversely impacted by the downturn in the economy which had its roots in declining crude oil prices since 2014.

The Nigerian economy went into a recession in the third quarter of 2016 following two consecutive quarters of negative GDP growth.

This slowed down activities in various industries including the insurance industry.

Inflationary pressures also had a negative effect on cost of operations as well as the value of long term savings. Reduced consumer purchasing power threatened GPI growth and increased surrenders in the life business segment.

The foreign exchange demand management tactic adopted by the Central Bank of Nigeria in controlling outflows from already depleted reserves resulted in a scarcity of FX which in turn impacted dollar denominated premiums negatively.

The resultant effect is a reduction in the insurance cover on assets such as motor vehicles whose prices have almost tripled. We expect these FX challenges to persist in 2017.

The industry’s regulatory environment is likely to change in the near term in response to the current macroeconomic climate.

Regulators are beginning to emphasize risk profiles of insurance companies as against amount of capital held. The proposed Risk Based Supervision Framework which is expected to be implemented in the near term will prompt reviews of business strategies.

“As a result, we foresee mergers and acquisitions in the Industry as well as foreign direct investments in the near term.

“Nonetheless, Agusto & Co is of the opinion that restrictions in the current FX regime may impede foreign direct investments.

Another regulation that will shape operations in the insurance industry is the Bancassurance Guidelines which has received significant attention from regulators in recent times,” the report said.