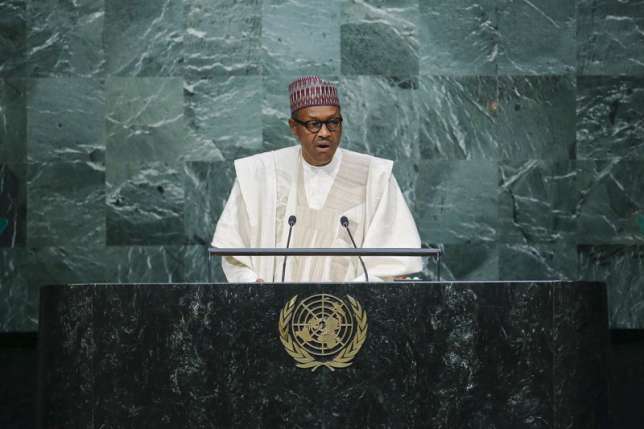 A research carried out by FBNQuest Research has predicted that Nigeria’s economy will leave recession this year and grow by 2 percent.

However, it pointed out that there would be another devaluation of the Naira in 2017.

In June 2016, the Central Bank of Nigeria (CBN) floated the Naira in a bid to give the local currency strength at the foreign exchange market. But this seems not to have worked because the Naira has lost over N150 against the Dollar since then.

In the report titled ‘2017 Outlook So much to do; so little time,’ it was noted that the fiscal stimulus for this will be the main driver, supported by a recovery in oil production and selective private investment.

“Beyond our forecast horizon, household consumption will recover, leading to an acceleration in growth,” part of the report said.

According to FBNQuest Research, “The 2017 budget proposals are still more expansionary than the previous year’s, set a heady target for capital releases and maintain the level of personnel costs. If the FGN is able to hit its revenue targets and implement its proposals, we will see a sizeable fiscal stimulus. We could have the rare bonus of a relatively fast passage of the budget.”

It described the 2017 budget proposals as “ambitious”, noting that it contains aggregate spending of N7.30 trillion including unprecedented capital releases of N2.24 trillion, aggregate revenues of N4.94 trillion and a mouth-watering FGN deficit of N2.36 trillion.

It said one change for the better is that the FGN has produced more realistic projections for non-oil revenue collection, and assumed that the oil economy will generate more revenue than the non-oil.

“The fiscal expansion is the base of our GDP growth forecast of 2 percent for this year. We hear that we are being overly hopeful: we would reply that the population is said to be growing at 3.2 percent per year and that we are forecasting a decline in per head incomes.

“Our forecast is supported by selective private-sector investment (as in agriculture and petrochemicals) and by a pick-up in oil production.

“Our thinking is that the FGN has no choice but to reach a compromise to restore stability to the Niger Delta.

“It has said repeatedly that the diversification of the economy hinges ironically upon healthy oil revenues.

“Initially, it did not want to continue paying the allowances to militants in the delta but has reluctantly changed its position,” the report noted.

FBNQuest Research says it sees a rise in crude production including condensates to 2.10 mbpd this year from an estimated 1.82 mbpd. The FGN is assuming 2.20 mbpd in its proposals.

It said further that, “On the average oil price assumption of $44.50/b for this year, in contrast, the proposals are conservative.

“Our expectation is $57/b with some upside. The FGN therefore should have some welcome headroom, which it will value if production underperforms. Our thinking is based on hints from OPEC that, when it next meets in May, it may make further cuts in production quotas if it is not happy with the direction of the price.”

Also, the report observed that the “signals from the CBN, the MPC and the political leadership indicate otherwise but we think that there will be devaluation in Nigeria in 2017.”

It explained that, “While we cannot detect any changes in the official mindset on the exchange rate, we see another devaluation this year in the ‘last resort’ category. The CBN will struggle to resist the urge to manage the rate in some way.”

It pointed out that the economy has need of sizeable autonomous forex inflows to meet legitimate import demand, close the gap between the interbank and other forex markets, and create a market in which the CBN is not the dominant player.

The report argued that the monetary authorities are not equipped to counter both GDP contraction and rising inflation. Their task will be clearer when positive growth returns and inflation starts to slow on positive base effects.

It said, “The next rate moves by the MPC should be downwards, in line with (or perhaps anticipating) steady declines in headline inflation.”

Commenting on the stock market, the report said it expects the market to trade sideways for the most part until some clarity on the forex situation emerges.

“If a resolution leads to a free float regime (or very close to it), we expect a surge in capital inflows. Our base case scenario is a 10 percent rise in the ASI for 2017 based on our fair value forecasts. A resolution of the forex situation could lead to a gain of at least 20 percent.

“We see upside potential of up to 10 percent for the banks sector on average; a marked resumption of capital inflows from offshore portfolio investors could lead to a much stronger performance.

“Among the non-financials, we prefer the cement and palm oil names for which we see upside potential of 56 percent and 6 percent respectively on average.

“The other sectors continue to struggle with the headwinds stemming from forex devaluation given their high dependence on imported raw materials and/or FCY loans.”

On the federal government’s bonds, the report said, “FGN bond yields are likely to drift higher before the policy rate cuts due to the fiscal expansion and substantial issuance programme.

“Active investors will prefer the better returns on longer tenor NTBs. After three years of consecutive losses, we expect equities to regain some lost ground this year. We forecast the ASI to return 10 percent, implying an end-year target of 29,560.”