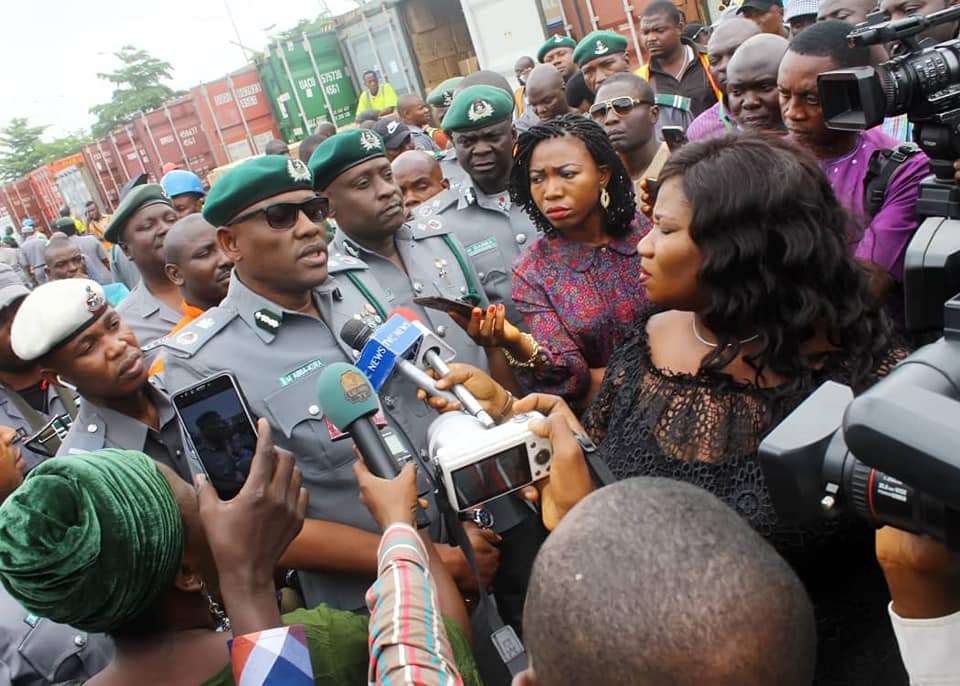 The Apapa Customs Command of the Nigeria Customs Service (NCS) generated a total of N227.3 billion in revenue between January and June, indicating an increase of 11 percent above its 2019 half-year earnings.

The Area Comptroller, Mr Mohammed Abba-Kura, said the command also recorded an export trade volume of more than N52 billion in the first half of the year.

Speaking of the Apapa Customs Command’s revenue generation and anti-smuggling activities, Mr Abba-Kura noted that despite the impact of the COVID-19 on global trade, the command’s revenue earnings from January to June 2020, surpassed what it generated in 2019.

He said that there was an increase of N24 billion in the revenue generated in the first six months of the year of N227.3 billion compared to N203.3 billion earned within the same period in 2019.

The Area Comptroller said that the number of goods exported from Nigeria stood at 1.642 million tonnes, adding that goods exported included agricultural products, mineral resources and steel bars amongst others.

He said 142 containers at the terminals were seized for false declarations and two exotic cars, one Rolls Royce 2018 and 1 Lamborghini Hurricane Sports Car 2019, that were impounded for evading customs duty payment.

He then disclosed that the Command had invoked the provisions of section 167 of CEMA, which deals with detention, seizure and condemnation of goods,  noting that all seized items have now become the properties of the Federal Government of Nigeria following a Lagos High Court judgment.

He said the Nigeria Customs Service continues to record more seizures on daily basis, adding that although smugglers are incurring huge losses, beyond this, the country was losing because revenues are not generated from the seized items, as most of these cargoes are often destroyed.

Generally, this revenue increase means the NCS is on course to meet its revenue target for the year.

Business Post had reported earlier that the agency had achieved a 59.9 percent of its set goal when it declared that it raked a total sum of N573.1 billion as revenue between January and May 2020.

Related Topics:Apapa Customs Command
Up Next