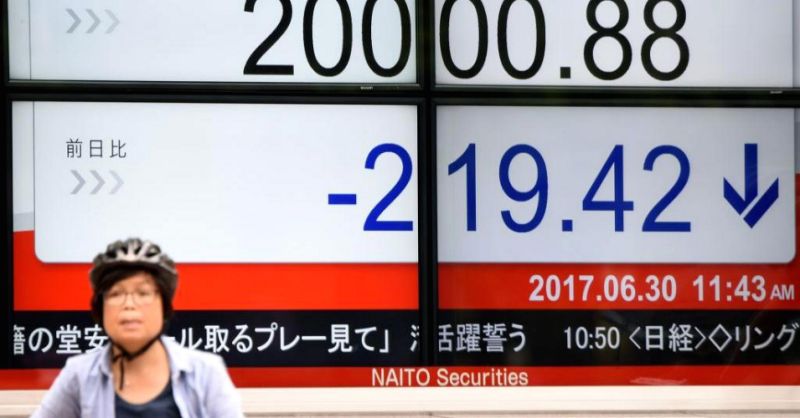 Markets kept an eye on the minutes of the latest Federal Reserve meeting due out later in the day as a protracted trade war threatens to depress global economic growth.

The Organization for Economic Co-operation and Development has lowered the 2019 global growth outlook as escalating trade disputes hurt manufacturing and investment decisions.

In its latest Economic Outlook, the Paris-based think tank forecast 3.2 percent growth for 2019 versus 3.3 percent estimated in March.

In a speech in Jiangxi, Chinese President Xi Jinping called for the people to “start again” and begin a modern “long march,” in a dramatic sign that Beijing is preparing for a protracted trade war with the U.S.

Investors also reacted to mixed economic data and comments by Bank of Japan board member Yutaka Harada that monetary easing should be strengthened further without delay.

Japanese exports fell for a fifth straight month in April, in a sign of weakness in external demand. On the positive side, the country’s core private-sector machinery orders rose for the second straight month.

Exporters such as Canon, Sony and Panasonic closed lower despite a weaker yen. Index heavyweights Softbank and Fanuc slid around half a percent, while Fast Retailing rose 1 percent.

Australian shares inched higher even as overall gains remained limited amid fears that a protracted trade war between the United States and China could harm demand for Australian products.

Related Topics:Asian equities
Up Next