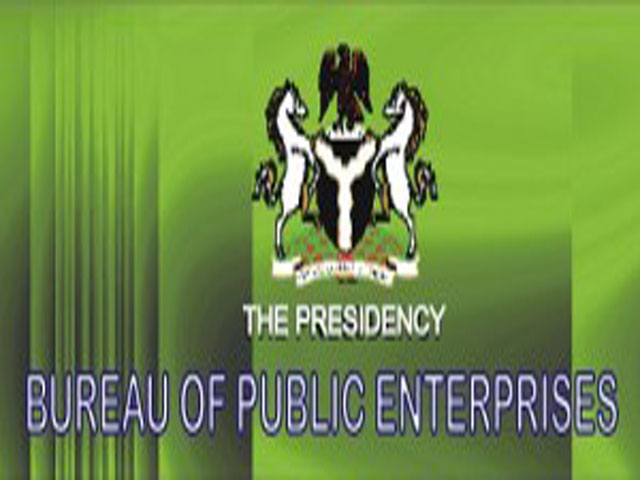 The Bureau of Public Enterprises (BPE) put the accumulated shortfall due to wrongly assumed Aggregate Technical, Commercial and Collection (ATC &C) of 25 per cent from November 1, 2013 to December 31, 2014 at N213 billion.

According to BPE, the Central Bank of Nigeria (CBN’s) N213 billion intervention fund was made available to enable Nigerian Electricity Regulatory Commission (NERC) spread the recovery of the money from the consumers over a ten year period.

Acting Director-General of BPE, Dr Vincent Onome Akpotaire, who made this disclosure in a statement, explaining why the CBN gave a loan of N213 billion to the privatized power companies, said that the  “Multi-Year Tariff Order 2 (2012) that was put in place when investors took over on November 1, 2013, had assumed AT & C loss level of 25 per cent.

He stated that the agreements signed with the investors gave Nigeria Electricity and Regulatory Commission and the Distribution Companies (DISCOs) one year to determine the true AT & C loss levels, which was subsequently found to be about 50 per cent on the average.

Expatiating on why the core investors in DISCOs were not investing heavily in line with the agreements they signed with the government, he said the transaction structure compelled investors to raise money and pay for their 60 per cent equity in DISCOs using their own balance sheet and that upon take over, the investors were expected to leverage on the acquired companies’ clean balance sheets to raise additional funds for investments.

However, he pointed out that financial institutions have refused to lend money to the DISCOs until a cost reflective tariff is approved in line with the agreements; and the CBN loan to the industry removed from the books of the DISCOs.

Akpotaire suggested that for the power privatization in Nigeria to work, the industry’s regulator- NERC must be allowed to perform its mandate without interference.

He said that NERC must be allowed to fix tariffs in line with the Electric Power Sector Reform Act (EPSRA) without interference from any quarters and that if the tariffs are considered high the government could decide to mitigate the effects by taking up a percentage of the tariffs instead of outright cancellation.

The Acting Director-General cautioned against the blame-game in the power sector and appealed to  the Executive and the Legislative arms of the government as well as other stakeholders to  come together  to find solutions to the sector’s challenges.

Explaining why the Federal Government is being asked to subsidise the Nigeria Electric Supply Industry (NESI), the BPE’s helmsman said the loss levels at the point of privatistion of 50 per cent could not be fully passed to consumers immediately to avoid rate shock and consumer rebellion.

Akpotaire said, “although the Federal Government owns 40 per cent of the DISCOs, it was not part of the management because it was not funding its shares on the Boards. The Performance Agreement executed with investors has assigned operational risks to investors. The PA provides that a core investor who fails to achieve agreed targets stands the risk of losing his/her equity at the payment of $1 by the Federal Government.”

On why the BPE is on the Boards of the power companies, the Acting Director-General explained that “since 1988 when TCPC, the agency BPE replaced, was established, BPE has always represented the Federal Government on the board of any company undergoing reform and privatisation.” This makes it possible for the BPE to have access to all the information it require to carry out its statutory duties of reform and privatization, “Since all key strategic decisions are made by the board, it would not make sense for BPE to give guarantees on behalf of a company it does not know the critical decisions that its boards had taken.” Besides, he added, “The initial five-year period is usually a time to help nurture the companies on the path of growth and success.”