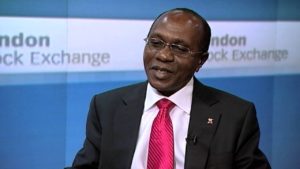 The Central Bank of Nigeria (CBN) disclosed on Monday that it has released a total of $180 million into the foreign exchange market in order to give the local currency, Naira, more strength at the market.

Exactly a week ago, the apex bank introduced a new forex policy amid Dollar scarcity at that time, but since then, the Naira is beginning to find its roots.

In a statement released by its spokesman, Mr Isaac Okorafor, the CBN said it released another $100 million into the wholesale forwards segment of the market in a bid to increase liquidity in the forex market.

Mr Okorafor said further that the apex bank also released an additional $80 million into the banks specifically for the settlement of Dollar demand for school fees, medicals and Personal Travel Allowance (PTA), among others.

As at the time of filing this report, the Naira is still stable at N460 to the Dollar, same rate it closed last Friday at the parallel market.