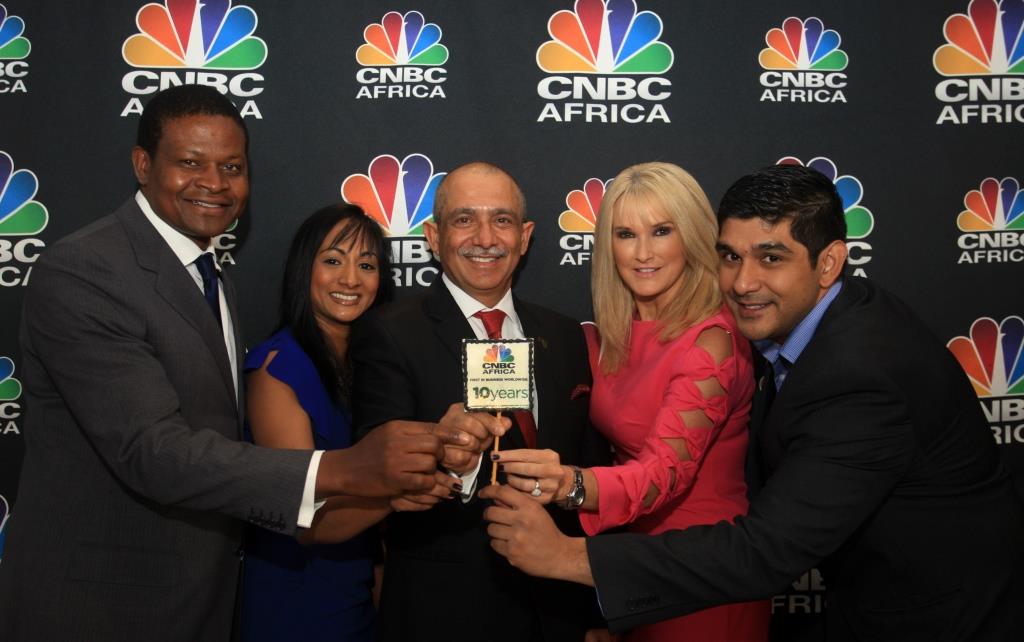 When on June 1, 2007 CNBC Africa launched its first studio in Johannesburg, South Africa, not many thought it would stand the test of time let alone becoming an authority in the financial reporting arm of journalism.

But a decade after, it is all glaring even for the blind to see the success the organisation has made on the continent of Africa since its inception.

Even founder of the ABN Group, the parent body of CNBC Africa, Mr Rakesh Wahi, attested to the fact that the beginning was never rosy when he came up with the idea.

Mr Wahi made his journey to South Africa in 2004, armed with the vision of a Pan-African business and finance network that would be set up in the economic hub of Africa. And so, the vision of CNBC Africa was realised with the inception of the Johannesburg bureau.

“Selling the dream was never easy when you had nothing to show and no comparable project to correlate to,” he explained.

On Thursday, June 1, 2017, the baby of yesterday clocked 10 and this was marked with a special broadcast and markets opening from the JSE in South Africa.

The special anniversary broadcast brought together key stakeholders, supporters, regular analysts, shareholders, senior management and media, to look back on the past decade of bringing the African economic story to a continent-wide and international audience.

CNBC Africa’s success has not been achieved overnight. The network has survived periods of political and financial turbulence, including the recession of 2008, and has continued to prosper despite the volatile environment of the African continent. CNBC Africa operates studios in Lagos, Nairobi, Johannesburg and Kigali, making it the only financial network to of its size to broadcast live to a pan-African audience daily.

The network has played an important role in the changing the perception of Africa’s economies, by attracting investors, showcasing opportunities and cultivating interest in African markets.

“Investors follow information. In the past, economies had been defined by the differences in access to information; in economics we call it information asymmetry. Those who have better information tend to go for opportunities for investment. The channel has given Africans a profile, because we have capital that is not well mobilized in Africa.

“Because we are exposing and talking about the business opportunities and economic opportunities that are provided by the continent, we have seen mobilization of capital with Africans themselves. When we profile a country or a region, the investments prospects are now known to those who are directing capital,” comments founding non-executive director, Mr Sam Bhembe.

Analysts, entrepreneurs and business men and women from across Africa continue to make CNBC Africa their primary source of information as the channel provides 24-hour coverage of the day’s markets trading, from the open of each stock exchange in East, South and West Africa, to the closing of the day’s activities.

“Today, when I see a simultaneous conversation between our anchors in East, West and Southern Africa, I realise that the channel has come so far,” says executive director, Bronwyn Nielsen.

The next ten years will be no less a challenge than the last, but one can be certain that CNBC Africa will continue to grow and thrive on the African continent.

“As CNBC Africa turns 10, we need to understand the direction of the industry. In the past years, the future of TV has been questioned. Television news has changed – consumers are no longer silent viewers, they are informed contributors. Never has it been easier to create expression; social media has made creating, expressing and accessing information so much easier. As a brand we are ready for the challenge, our niche being not just to quantify pan-African content we bring our viewers, but the sheer quality of financial and business news we offer. My faith in the brand we represent, and the people we have, has never been stronger,” says managing director, Roberta Naicker.

“In October we renewed our franchise agreement with CNBC International for another 15 years; our 10th anniversary is but a milestone in greater things to come. We have built meaningful structures of succession and the next phase will see the baton of leadership change to the younger leaders who will be responsible to build the legacy of the Founders until the next milestone – our silver jubilee in 2032,” concludes Mr Wahi.