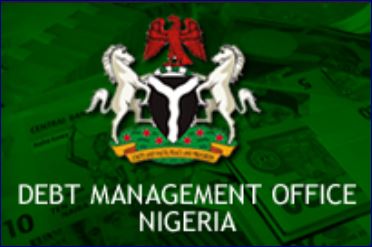 The Debt Management Office (DMO) has fixed the maximum limit of loan amount, both domestic and external, the federal government could contract in the fiscal year 2017 at $22.08 billion (about N6.4 trillion), ThisDay is reporting.

This limit is part of the key policy recommendations of the 2016 Debt Sustainability Analysis exercise conducted by DMO, the report of which was obtained by THISDAY.

The report titled, 2016 Report of the Annual National Debt Sustainability Analysis, explained that, “the end-period net present value (NPV) of total public debt-to-GDP ratio for 2016 for the federal government is projected at 13.5 per cent and given the country-specific threshold of 19.39 per cent for NPV of total public debt-to-GDP ratio (up to 2017), the borrowing space available is 5.89 per cent of the estimated GDP of $374.95 billion for 2017.”

As a result of this, DMO put the maximum amount that could be borrowed (domestic and external) by the federal government in 2017 ‘without violating the country-specific threshold’ at $22.08 billion, representing. 5.89 per cent of the GDP.

The office noted that these amounts were recommended maximum that could be borrowed, “taking into account the absorptive capacity of the domestic debt market, and the options available in the external market.”

It expected that “such external borrowings, which would be long-term (minimum 15 years), would be strategically deployed to fund priority infrastructure projects, that would boost output, and put the economy on the path of sustainable recovery and growth.”

“It is further expected that the long maturity profile of such loans would enable the economy to be sufficiently diversified for increased export earnings for ease of debt service payments.”

“It supports the use of more external finance for funding capital projects, in line with the focus of the present administration on speeding up infrastructural development in the country, by substituting the relatively expensive domestic borrowing in favour of cheaper external financing. This policy stance has been reinforced by the recent deterioration in macroeconomic variables, particularly with respect to the rising cost of domestic borrowing.

“Hence, the shift of emphasis to external borrowing would help to reduce debt service burden in the short to medium-term and further create more borrowing space for the private sector in the domestic market,” the DMO explained.

Also, as part of the recommendation of the DSA exercise, the DMO expressed “the urgent need for the Government to formulate an Economic Blueprint or Road-Map for the medium-term.

According to the office, “Aside from addressing the current challenges, it would go a long way to engender confidence in both local and international investors on the way forward. This has become very imperative, given that investor perception of a country’s outlook is critical to its economic recovery.”

The DMO also advised the Federal Government to “sustain the on-going reforms and initiatives in the various key sectors of the economy, including: agriculture, education, housing, power, and transportation, as this would foster the needed inclusive economic growth and development.”

Similarly, the debt management agency, pointed out that, “In view of the continued deterioration in Government’s revenue, occasioned by the drastic fall in the price of oil, Government should reinforce its initiatives aimed at diversifying the productive base of the economy and, thus, improve the nonoil revenue receipts.”

“Accordingly, concrete and urgent steps should be taken to broaden the tax base and improve efficiency in tax administration and collection. vii. Given the country’s huge infrastructural needs, the Government is encouraged to sustain the policy of allocating a minimum of 30 per cent of Federal Government’s budget to capital investments, as well as ensuring judicious utilisation of such funds for infrastructure development.”

Besides, it also said, “In view of the adverse effect on the economy of the recurring delays in budget formulation and passage, there is the need for the Government to ensure strict adherence to the annual budget calendar, so as to facilitate growth recovery, reduce fiscal slippages and delays in budget implementation.”

“The passage of the Petroleum Industry Bill (PIB) by the National Assembly is long overdue and should be given speedy attention by the authorities. Its passage is expected to liberalise the oil and gas sector, and thus, attract more investments into the sector, which will have positive multiplier effect on the economy.

“Given that in the short to medium-term, oil would still remain a key revenue earner of the nation, the Federal Government is encouraged to continue on its efforts to curtail crude oil production disruptions in the oil producing areas.

“In view of the country’s huge infrastructure requirements, the Federal Government is enjoined to creatively explore other alternative and viable sources of financing,” the DSA report also recommended.