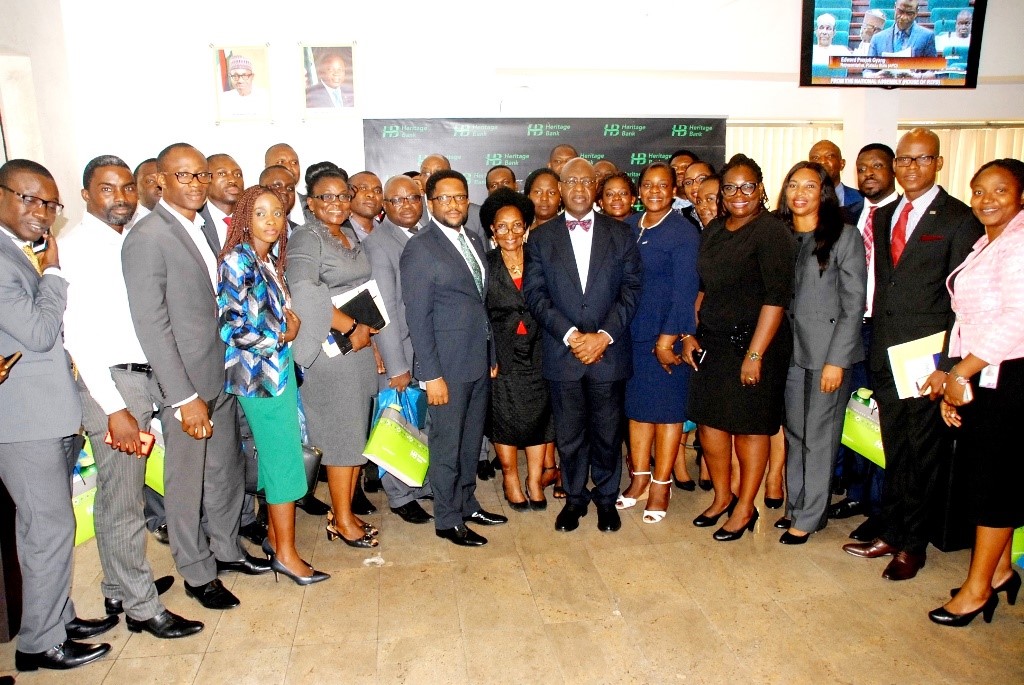 Some key stakeholders in the financial and business sectors recently converged in Lagos to brainstorm on global trade operations systems.

The meeting was put together by the International Chamber of Commerce (ICC) Nigeria and had representatives of the Central Bank of Nigeria (CBN) in attendance.

Also at the 2018 May edition of the Banking Technique and Practice meeting were officials of Heritage Bank, host of the event, as well as financial experts and business executives from different sectors.

Welcoming the team, the Chief Risk Officer of Heritage Bank, Mr Dimitiri Dike, noted that the current dynamics in the trade and commerce nationally and internationally deserves urgent attention.

He stated that policy summersault and the need for reviews of operation systems has posed a lot of challenges that the visiting team needed to look into and proffer appropriate solutions.

Mr Dike charged the trade experts to review the new global order of international trade that now encourages an open account method of transaction in the global trade.

An open account transaction in international trade is a sale where the goods are shipped and delivered before payment is due, which is typically in 30, 60 or 90 days. Obviously, this option is advantageous to the importer in terms of cash flow and cost, but it is consequently a risky option for an exporter.

Responding, Chairman of ICC Nigeria Banking Commission, Mr Raymond Ihyembe, warned that steps must be taken to tackle the possible effects of the current policy.

This, he said, becomes imperative in view of the fact that Nigeria’s economy depends solely on crude oil. According to him, any massive drop in the price of crude oil in the global market usually affects the aggregate economy greatly.

Mr Ihyembe therefore, said in such instances, trade and commerce, which is supposed to be the safety net for the nation, is again facing turbulence as a result of policy change.

Corroborating this point was Mrs Omolara Akanji, Vice Chairman, ICC Nigeria, Banking Commission, who advised banks in the country to always attend the global ICC events where policies are formulated.

She expressed concerns that Nigerian banks were not at the ICC Banking Commission meeting held in Miami, USA in April 2018, where modalities of the new policy were discussed.

According to her, their presence at such occasions would have helped to re-shape their orientation about the kind of reviews and adjustments their current structures require.

Meanwhile, the bankers present were of the opinion that they were aware of the new policy, but their common fear is there is currently a gap between the apex bank and the Nigeria Customs. They said banks relate with the documentation presented by exporters and importers, while Customs relates with the goods involved. With this, they said, banks are incapacitated to some extent.

Meanwhile, to address the deficiency, the chairman suggested inauguration of a special committee that will review the status quo and then come up with the treat, risks and opportunities of the current policy.

The suggestions were unanimously agreed to and the special committee comprising five banks was given three weeks to submit its recommendations on how to mitigate the risk of open account policy in the international trade.