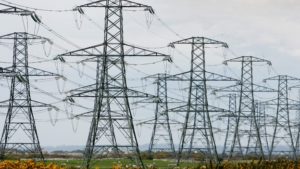 In the quest for regular and reliable electricity supply nationwide, the completion of the on-going construction works on the Zungeru Hydroelectric Power Plant Project would soon add 700MW to the national grid, when completed.

Minister of Power, Works and Housing, Mr Babatunde Fashola, represented by the Director, Energy Resources in the Ministry, Engr. Emmanuel Ajayi, made the disclosure recently during the River Closure Ceremony of the project at Zungeru, Niger State.

Mr Fashola described the project, being carried out in conjunction with a consortium of major Chinese companies, as one of the biggest hydro-electric power projects in the country.

He said it is a great and feasible feat that would boost the provision of electricity supply nationwide, pointing out that it was a good omen for the attainment of the present administration’s thrust of providing incremental, sustainable and uninterrupted power supply which Nigerians are yearning for.

Mr Fashola commended the efforts of all those who contributed to the construction of the project and advised the host communities to maintain peace as government has put in place modalities to ensure adequate compensations and resettlement of the affected people around the project site.

On his part, the Governor of Niger State, Mr Abubakar Sani Bello, represented by the Commissioner for Works and Transport, Mr Abdulmalik Usman Cheche, stated that Niger State is housing yet another power project of 700MW; apart from the three other power projects already sited in the state; namely Jebba, Kainji and Shiroro.

He commended the Federal Government for creating mass employment to their people, noting that the project has already created over 5,000 employments to the host communities.

Giving assurance of the safety of the contractors and workers on the site, the Governor noted that the deployment of soldiers to the station is government’s proactive response to its citizenry as “no responsible government will fold its arms on security of such a huge investment”.

Vice President of SinoHydro Consortuim, one of the contracting companies handling the project, Xiao Jun, pledged his company’s readiness to promote the project in line with the contract agreement, assuring that the project would be realized on record time.