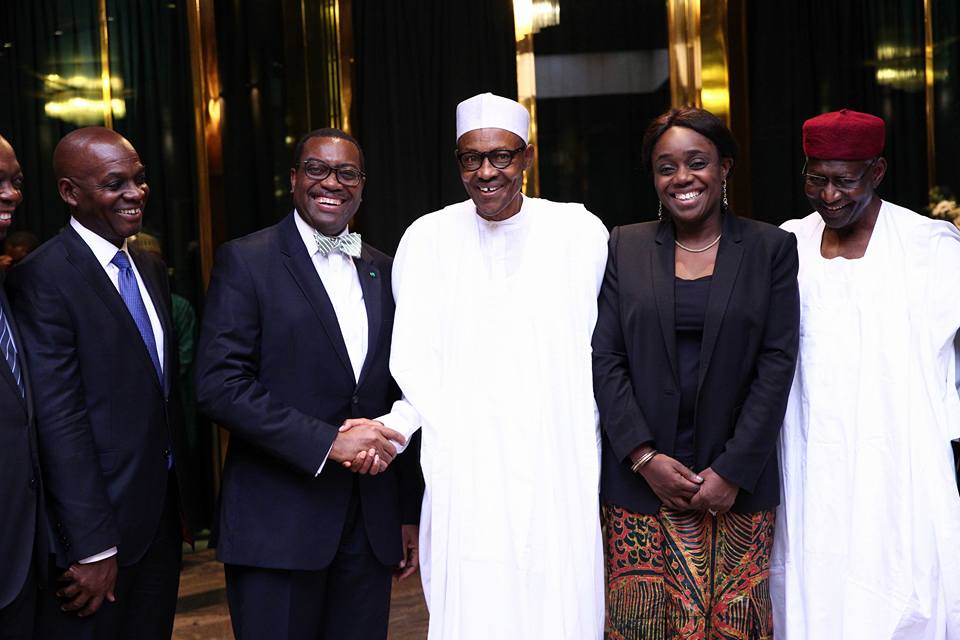 Nigeria has appealed to the African Development Bank (AfDB) to quicken the $1 billion loan facility it promised the country as support for the 2016 budget.

President of AfDB, Mr Akinwumi Adesina, had promised Nigeria that the pan-African bank would provide the loan cover the 35 percent shortfall in the country’s 2016 budget.

This was when Mr Adesina paid a courtesy visit to President Muhammadu Buhari in Abuja, where he commended him for his fight against corruption in the country and said the AfDB would support his administration.

But since the pledge was made, Nigeria was yet to receive the facility and the Minister of Budget and National Planning, Mr Udoma Udo Udoma, has urged the bank to quicken disbursement of the facility so as to use in reflating the economy, which is in recession.

Mr Udoma, during a meeting with AfDB team in Abuja over the weekend said, “I want to thank you for the support. We value the relationship with AfDB and we appreciate the budget support. We want ADB also to fastrack the loan facility. Important to note, is that AfDB is standing with us.”

The Minister, while giving overview of the government’s plan to reflate the economy and spend out of the recession,  said that government is trying to contain the militancy in the Niger –Delta which has affected oil production in the country, hoping to restore production to 2.2 million barrels a day at the end of the year.

He also stated that government is committing money into infrastructure development, processing of export zones, and also providing loans through the Central Bank of Nigeria (CBN) at a single digit to support farming in Nigeria.

According to the Minister, The Economic Recovery Plan is designed to consolidate and harmonize all the sectoral plans in a single document and set out in broad detail an integrated roadmap for the growth and sustainability of the country’s economy, and is also a part of the commitment the Federal Government made with Nigerians, whether there was a recession or not.

Speaking also at the meeting, the Director General of the Budget Office, Mr Ben Akabueze said that what the government is doing differently concerning budget releases, is that it has shifted from the old practice of releasing monies quarterly but on specific request which are tied to projects .

Mr Akabueze said that so far over 750 billion has been released for capital projects and it is hoped that revenue will improve in the 2nd half of the year as the Federal Inland Revenue Service, (FIRS) and the Customs will do better having overcome some of challenges faced in the first half of the year.

He also stated that they want the Minister to highlight if there is any new policy introduced in the 2017 budget and updates on the Social Protection Policy.